Members of Congress and their staffers got to “pig out” for National Hot Dog Day on Wednesday as PETA hit Capitol Hill for our annual Congressional Veggie Dog Lunch. 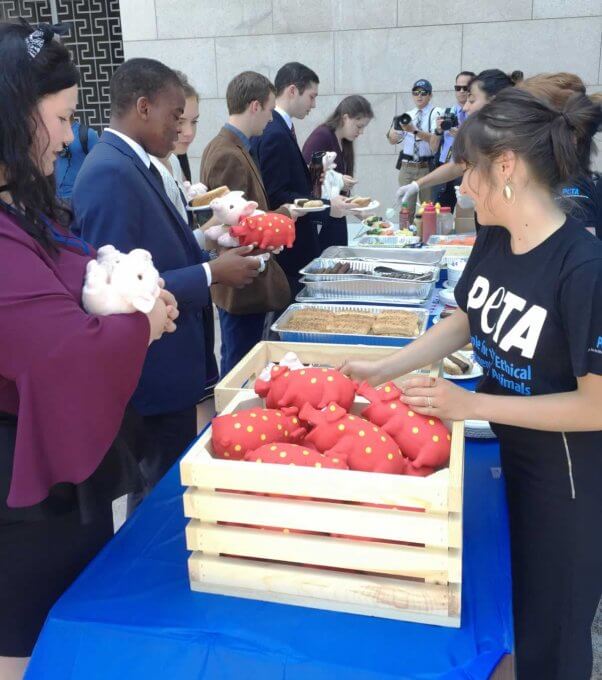 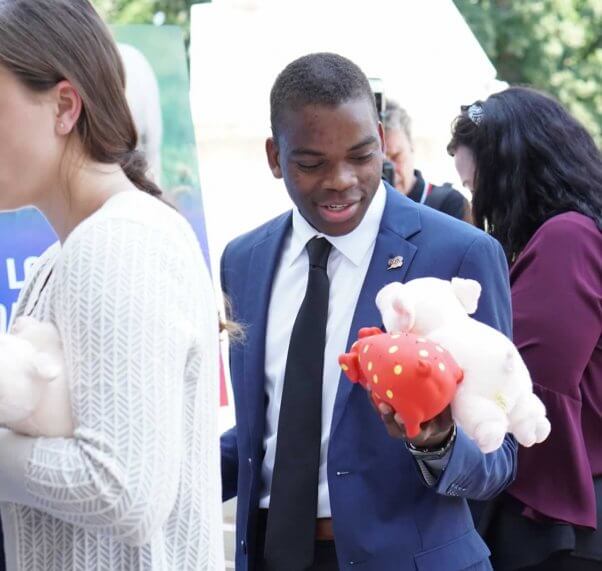 In the spirit of the hit film Okja, which is inspiring people to love pigs, not eat them, PETA gave cuddly plush “super pigs” (or chewy ones for pups) to the first 100 guests, including Rep. Jackie Speier (D-CA): 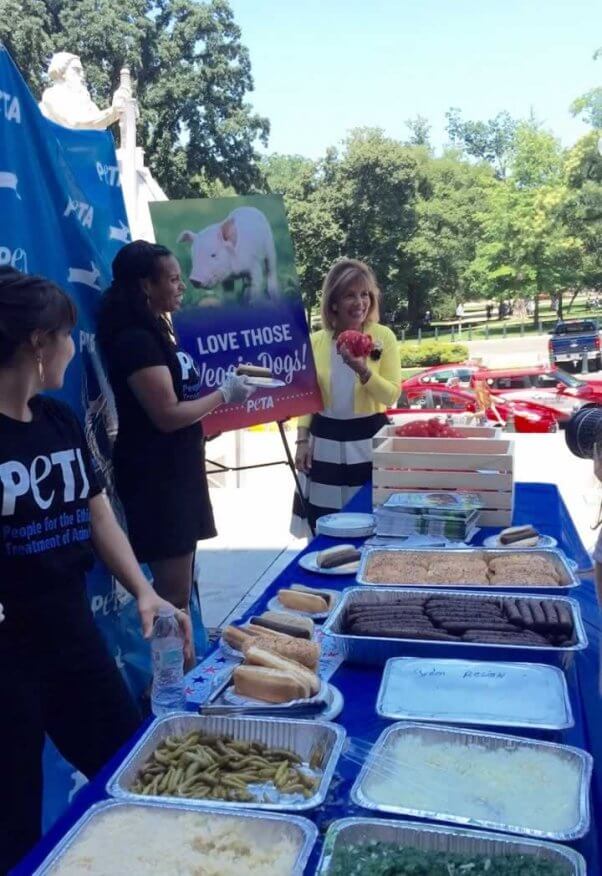 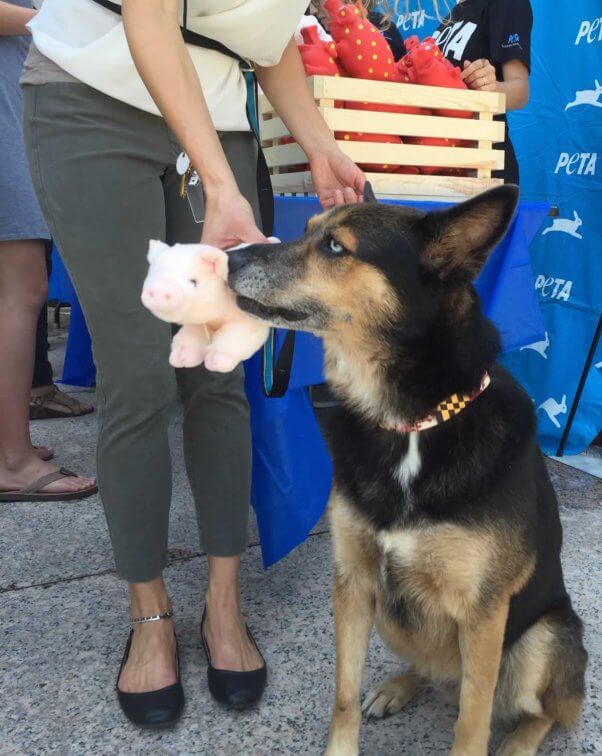 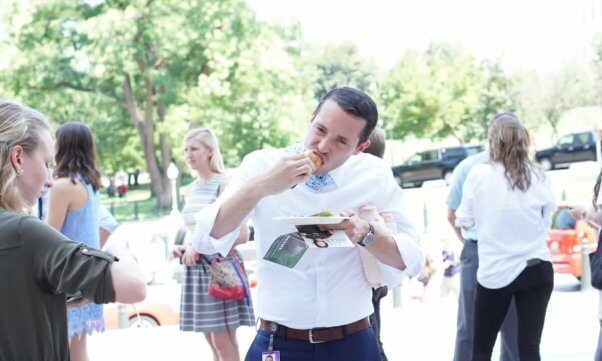 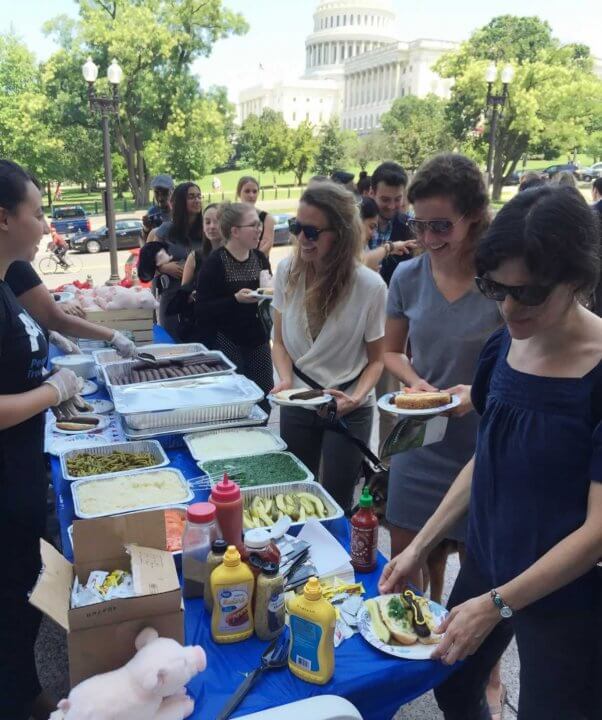 Eager politicos from both sides of the aisle came together to form one long line at PETA’s pop-up hot dog stand. And they came to an agreement: The cute piggy presents and tasty pig-free lunch made them feel like cutting the pork from their diets. 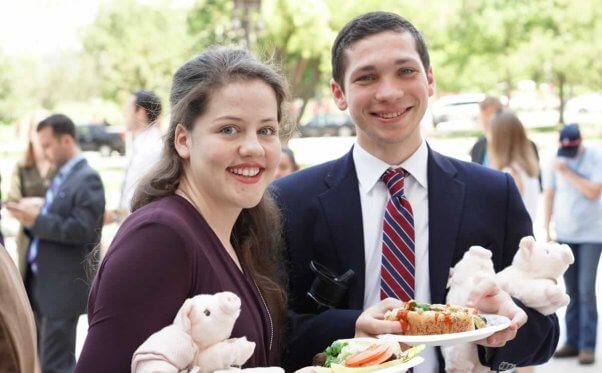