There are plenty of horrifying ways to leave this life—but drowning in a pond of excrement while on the job is definitely one of the worst.

Last year in Idaho, there were two separate cases in which farm hands drowned in massive manure ponds. On one occasion, Ruperto Vazquez-Carrera had accidently driven a feed truck into a manure pond. While he was able to get out of the truck, he became disoriented and actually swam in the wrong direction, away from dry land. His body was found roughly 70 yards from his truck.

In another instance, just seven months later, a worker became pinned under a tractor for a half-hour after driving into a manure pond more than five-feet deep.

As crazy as these two accounts sound, it’s not an uncommon occurrence. In the U.S. Occupational Safety and Health Administration (OSHA) report of the deaths, the government agency noted that “[d]rowning in manure ponds is widely known in the dairy industry.”

No surprise there, considering farmed animals, including those on dairy farms, produce 1.65 billion tons of manure each year. With all those feces collecting in massive ponds, someone’s bound to take a wrong step and fall into one. 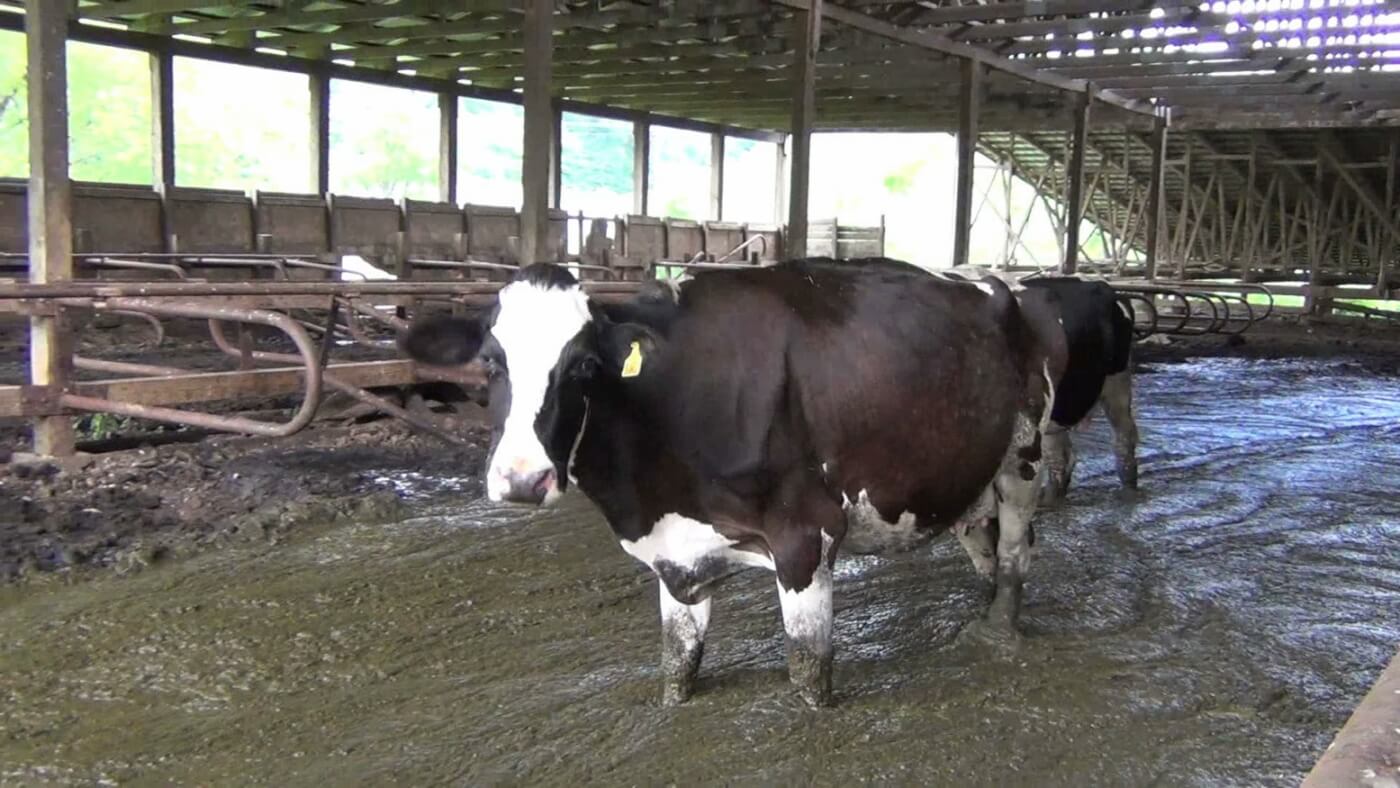 Much of this animal waste ends up in waterways and drinking water. The Environmental Protection Agency reports that agricultural runoff is the primary cause of polluted lakes, streams, and rivers.

PETA has seen firsthand how putrid and disgusting dairy farms are. We helped shut down a North Carolina dairy farm where, shocking video footage revealed, cows were forced to stand, eat, walk, and rest (or try to) in 3 feet of their own waste.

No one deserves life on the farm.

What’s the punishment for creating working conditions so unsafe that workers can literally drown in feces? Not much, actually. OSHA inspectors fined each of the Idaho operations a mere $5,000.

Shame on the dairy industry for how cheaply it treats all life. Often, working conditions are dirty and dangerous, but employees fear that they could lose their jobs or housing if they complain.

Agriculture ranks among the most dangerous industries in the nation. OSHA reported that between 2003 and 2011, 5,816 agricultural workers died from work-related injuries in the U.S. In 2011, the death rate in the agriculture industry was seven times higher than the national average.

If you consume dairy “products”, you support the misery of animals and humans.

Consuming dairy “products” means supporting an industry in which calves are torn away from their mothers, male babies are intentionally sickened and killed for veal, and cows are raped again and again to force them to continue producing milk.

Make the compassionate choice for animals and humans by going vegan today.