Hoping to make festivalgoers realize that a corpse is a corpse—whether pig, poultry or person—PETA protesters “cooked” a nearly naked PETA member on a grill outside BBQ Fest Rickard’s on Friday. Flanked by a banner reading, “Meat Is Murder,” the macabre diners pointed out that all animals are made of flesh, bone, and blood—just as humans are—and that eating meat means eating the corpse of an animal who was an individual with feelings and a unique personality. 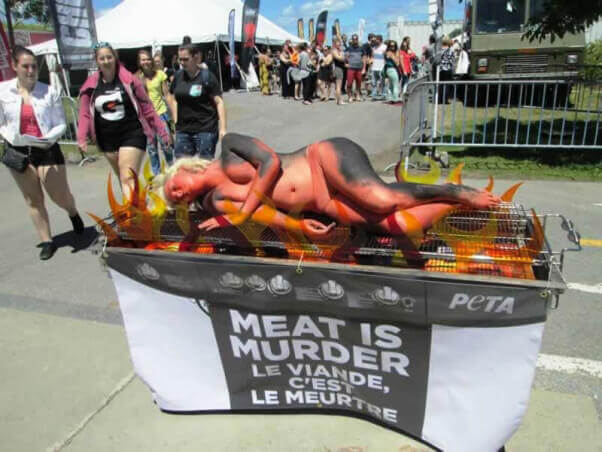 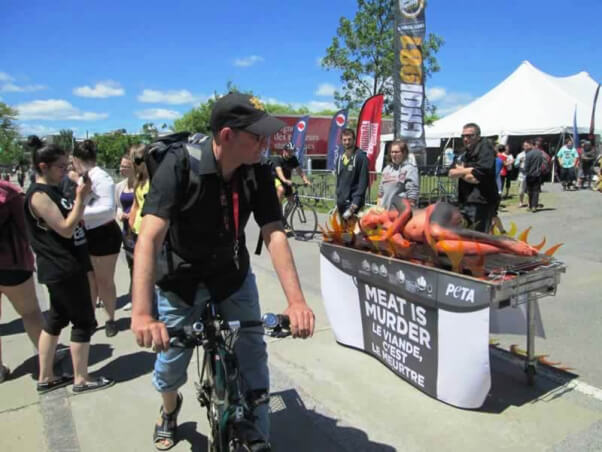 “Flesh is flesh, and every animal killed by the industrialized meat industry had feelings, the capacity to develop friendships, and the same desire to live that we do,” says PETA Executive Vice President Tracy Reiman. “Most of us would never consider eating another human being, and that’s why PETA is calling on caring people to swap meat for tasty vegan foods at their barbecues this summer.”