The happy coincidence that brought together Doreen Dykes, a longtime vegan and animal rights activist, and Henry, a formerly neglected Chihuahua, read like the plot of a romantic comedy. Doreen just happened to be visiting on the day that PETA rescued Henry from a squalid property in North Carolina, where the tiny, malnourished dog had been forced to live on a chain that likely weighed more than he did. Henry was kept chained 24/7 in all weather extremes, deprived of everything that dogs need and deserve to be happy and healthy. A new video from PETA shows Doreen’s reaction to seeing for the first time just how horrible Henry’s “living” conditions were, and it encourages others to adopt an animal from a local shelter, too.

Doreen and Henry Are a Perfect Pair

When PETA’s team first saw him, Henry weighed less than 5 pounds and was trapped on a chain, surrounded by six much larger dogs chained nearby. Henry is now healthy and heartworm-free. He’s a happy, active boy, thanks to the love and care that Doreen provides him with—and his weight has doubled since his rescue! 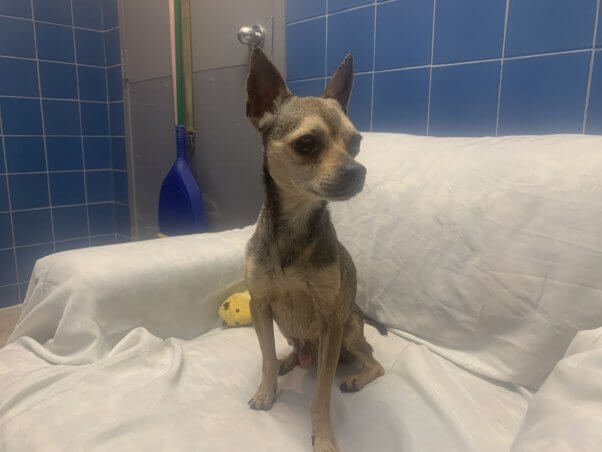 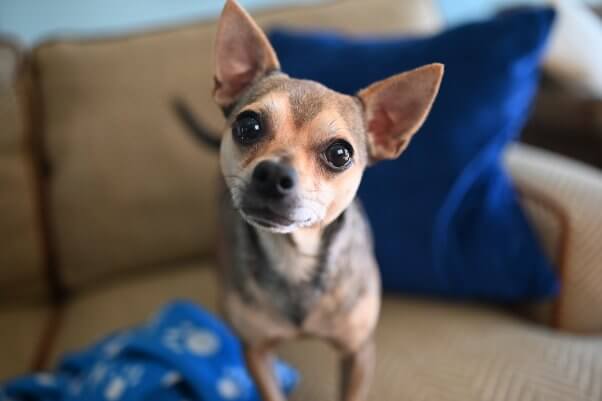 Henry now enjoys daily walks with Doreen, ample affection and space to lounge in their backyard flower garden, and lots of room to play safely indoors.

In the near future, Henry may add international travel to his list of “firsts” since meeting Doreen, as she’s thinking of moving back to England, where she has family. If she decides to make the move, Henry will earn his sea legs on the Queen Mary during a trip that Doreen has made with previous companion animals.

How You Can Help Companion Animals in Need of Responsible Homes

If you’re planning to become a companion animal’s guardian, visit your local shelter to find an animal in need. By adopting a homeless animal from a shelter, you help fight the animal-overpopulation crisis. Your adoption fees also help support the important daily work that shelters do to help animals, including performing spay/neuter procedures, vaccinating animals, and providing them with veterinary care. There are thousands of dogs like Henry in shelters right now waiting for a responsible guardian to take them home.