PETA and concerned citizens have filed a lawsuit against the Wilmer, Alabama-based Mobile Zoo alleging that its treatment of the chimpanzee Joe—who is isolated in a tiny, decrepit enclosure and has been harassed by visitors—violates the Endangered Species Act (ESA). PETA contends that displaying Joe—a member of a highly social species—by himself in a virtually barren enclosure consisting of a packed dirt floor and a chain-link fence constitutes an unlawful “take” (that is, he’s being harmed or harassed) in violation of the ESA. 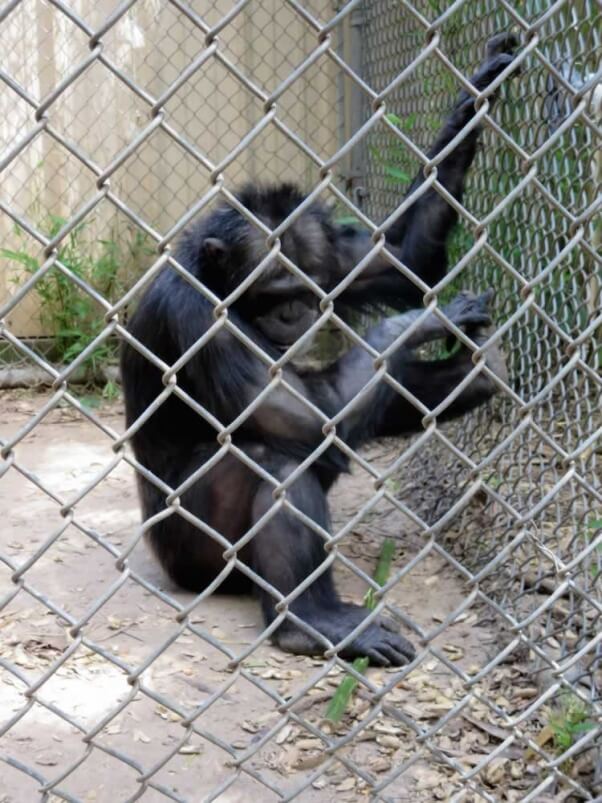 “The Mobile Zoo must stop subjecting this endangered chimpanzee to miserable isolation in a dirt pen,” says PETA Foundation Deputy Director of Captive Animal Law Enforcement Brittany Peet. “It’s time for Joe to be retired to an accredited sanctuary, where he will receive the care that he desperately needs and the opportunity to socialize with other chimpanzees.”

PETA is filing the lawsuit after the U.S. Fish and Wildlife Service recently eliminated a loophole that excluded captive chimpanzees from the protection of the ESA. The Mobile Zoo also faces a lawsuit from the U.S. Department of Agriculture for numerous alleged violations of the federal Animal Welfare Act, including for failing to clean Joe’s enclosure adequately, confining him to an enclosure infested with flies, and failing to address his social and psychological needs. 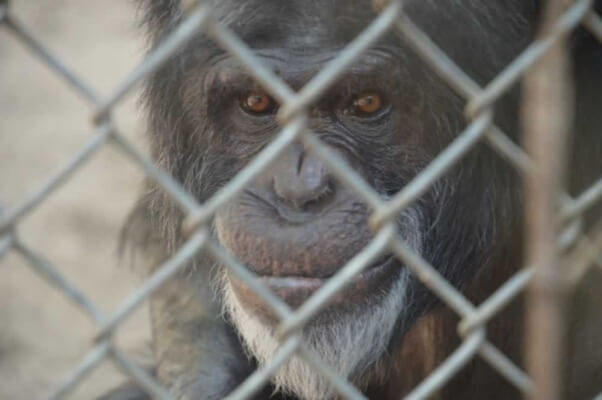 Please take a moment to help Joe and other chimpanzees in solitary confinement.