A top military journal has opened up a fierce debate on the use of animals in trauma training drills—during which thousands of live animals are shot, stabbed, dismembered, and killed each year—by printing a first-of-its-kind critique co-authored by PETA Senior Laboratory Methods Specialist Shalin Gala and former Commander of Naval Medical Center Portsmouth Rear Adm. Marion Balsam. 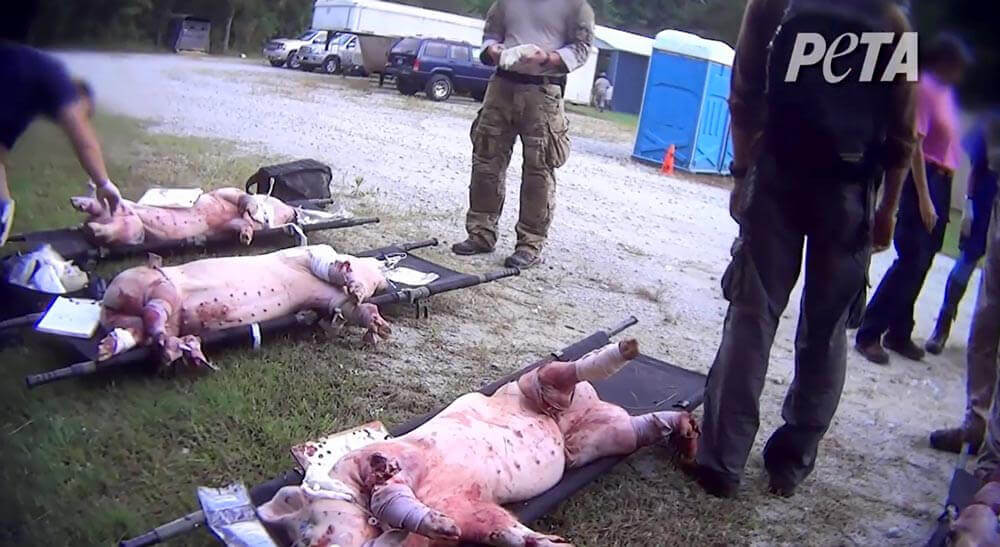 This unprecedented letter to the editor—which was sent in response to a controversial study that supports killing animals in trauma trainings—was published in the official international journal of the Association of Military Surgeons of the United States (AMSUS), Military Medicine. Gala and Balsam remarked that the study used misleading statistics, failed to cite counterevidence, and defended “live tissue training” by selectively citing one researcher’s work but omitting he later concluded that human-patient simulators should replace animals in trauma drills.

In addition to the Coast Guard’s decision to stop using animals in trauma trainings, the Army drastically scaled back its use of animals in such drills and the Department of Defense ordered all military branches to eliminate the use of animals in six different medical training areas.

Decent people everywhere now recognize that the violence inflicted on animals during trauma trainings harms both them and service members. The Battlefield Excellence through Superior Training (BEST) Practices Act (H.R. 1243), which has bipartisan support from 144 congressional co-sponsors, would phase out live tissue training and replace it with more effective and less costly human-simulation models. Please write to your congressional representatives and urge them to support the BEST Practices Act today—we’ll help you get started