The end is near for the military’s cruel trauma training exercises, in which thousands of animals are maimed and killed each year!

PETA has discovered—and the U.S. Army’s Office of the Surgeon General has confirmed—that the Army has implemented a major shift in policy that states, “Non-medical personnel are not authorized to participate in training that involves the use of animal models.” These nonmedical service members, who previously were allowed to abuse and kill animals in these drills, will now be taught exclusively using non-animal “alternatives such as commercial training manikins, moulaged actors, cadavers, or virtual simulators.” 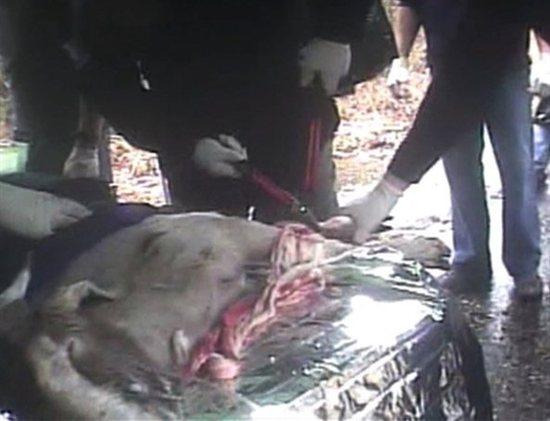 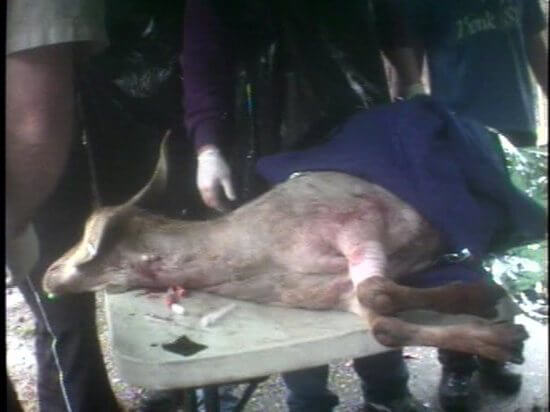 This will likely prevent thousands of animals from being shot, cut apart, and killed each year in crude exercises like the disturbing military training drill that PETA exposed last year showing live goats who had their limbs broken and cut off.

But that’s not all: According to the Army, this change is just one of several that will be unveiled as a result of a series of meetings that began in February about restructuring the military’s medical training program. The shift is likely in response to PETA supporters’ protests, as well as Congress’ request that the Department of Defense (DOD) submit a detailed plan for the phase-out of all animal use in medical training drills in favor modern non-animal methods. That report, which has already been delayed once, is now due in early summer. We’ll keep you posted as we learn more about the military’s broader plans to make all its deadly animal laboratories history.

This is momentous progress, but we’re not done yet. Please urge military officials to end the cruel use of animals in training for all personnel immediately.