Wearing “bloody” jackets with their limbs “stuck” in steel-jaw traps and holding graphic posters of dead coyotes that read, “Here’s the Rest of Your Canada Goose Coat,” a group of more than 50 PETA supporters descended on the opening of Canada Goose’s Soho store today to protest the company’s cruelly produced coats made with coyote fur and down. 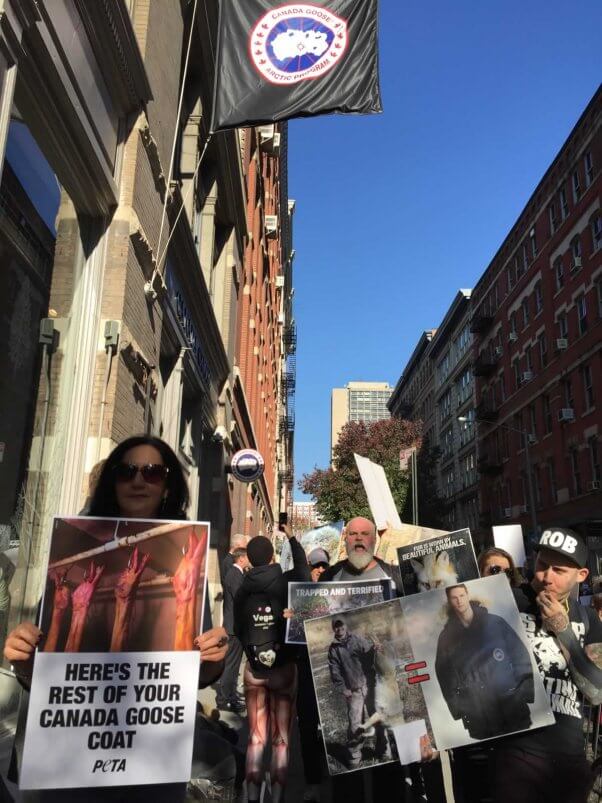 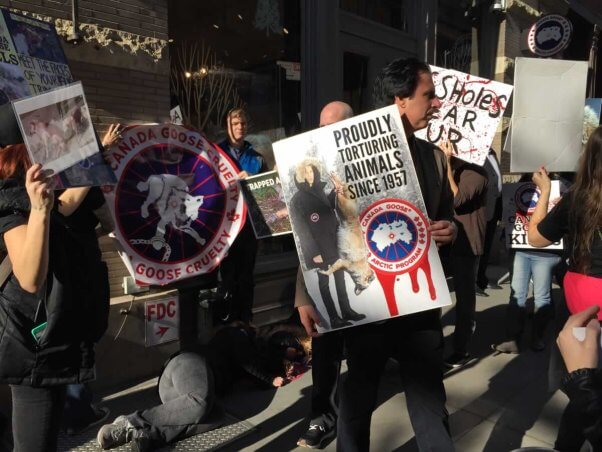 The action follows PETA’s Facebook video—which has more than 16 million views—of a trapped coyote suffering after being shot and a grassroots campaign of striking anti–Canada Goose posters that have been plastered around the city.

Trapped coyote mothers desperate to get back to their starving pups have been known to attempt to chew off their own limbs to escape, and many trapped animals succumb to the elements, blood loss, infection, or predators before trappers find them. In addition, birds used for down spend their entire lives inside crowded, filthy sheds until their throats are slit.

Urge Canada Goose to stop selling fur and down now by sending a polite message to Reiss at [email protected]-goose.com or by writing a Facebook message to the company.