PETA members delivered special water bottles to every congressional office yesterday. Each recycled bottle is embossed with staggering facts about the damaging role that animal agriculture plays in the drought crisis plaguing the West. Because Congress is lobbied heavily to support the meat and dairy industries, PETA is fighting back with hard facts about the draining of aquifers by cattle farmers and water subsidies for factory farms. The group also pointed out that it takes 13 times more water to produce chicken than it does to produce an equivalent amount of vegetables and that it takes 41 times more water to produce bacon as opposed to potatoes. 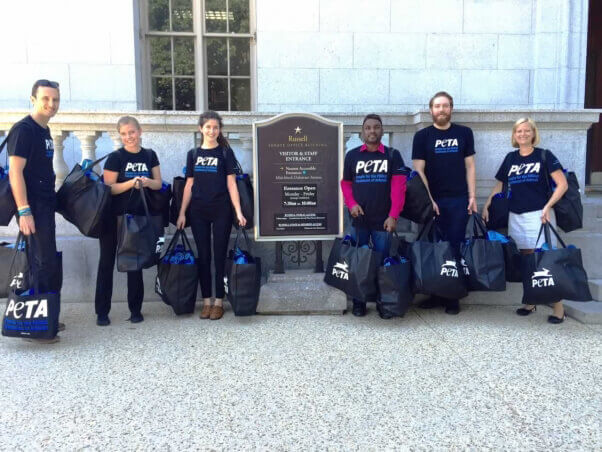 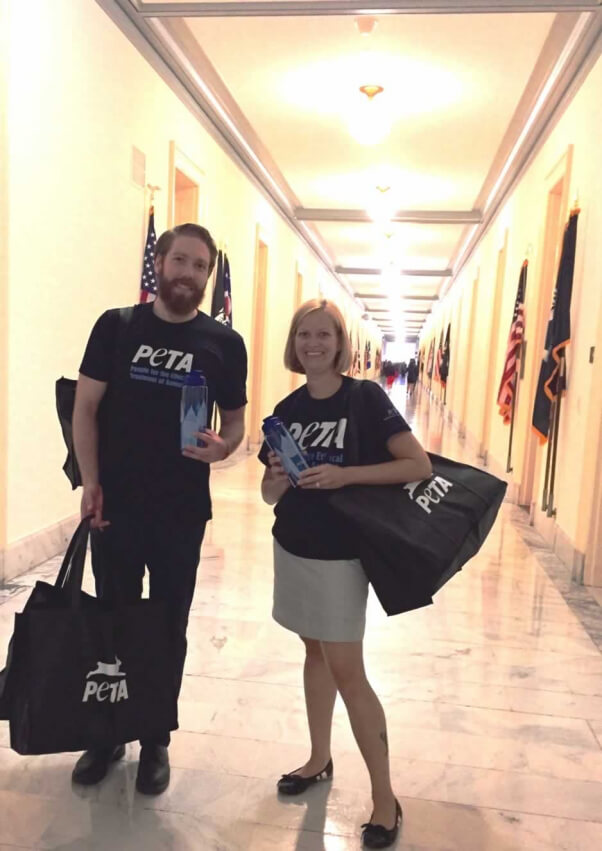 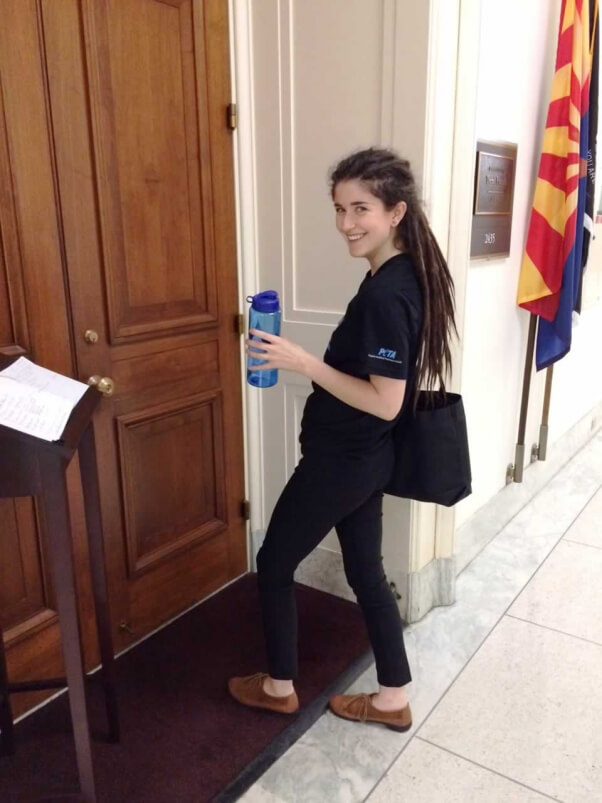 “Our representatives can help abate the water crisis by going vegan themselves to set an example and by rejecting appeals to subsidize meat and dairy producers,” says PETA President Ingrid Newkirk. “The information on PETA’s bottles shows that water is precious and that animal agriculture’s stranglehold on the nation’s supply has to be broken.”