Benjamin Chason, owner of a “hunting preserve” where he charged people thousands of dollars to slaughter deer, pleaded guilty to crimes involving illegally trafficking white-tailed deer, to the tune of a $1.6 million fine. This is the highest restitution ever ordered in U.S. history to be paid by an individual for wildlife crimes. 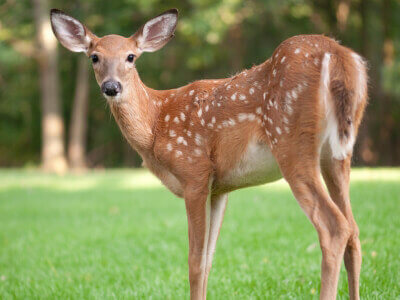 The transport scheme, through which deer had already been moved from Ohio to Florida, was discovered when a truck carrying the deer was stopped heading from Ohio to Georgia. These deer were not certified disease-free, as federal law requires.

Transporting animals for hunting purposes encourages people to participate in hunting. Some companies are still shipping hunting trophies into the U.S. Tell them to stop.