Texas A&M University (TAMU) hides behind emotionally manipulative propaganda and exploits the desperation of patients as it misrepresents its cruel muscular dystrophy (MD) experiments on dogs. To set the record straight, TAMU students invited PETA scientists to campus to deliver what’s been in short supply there: The facts regarding MD experiments on golden retrievers and other dogs. 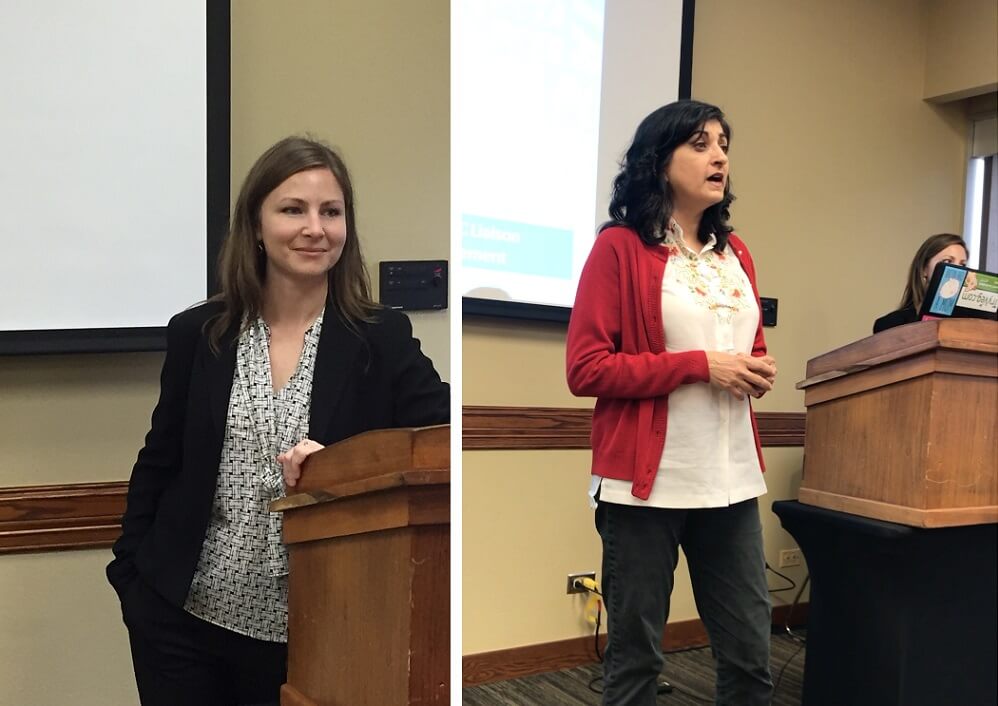 Two TAMU student organizations—Aggies for Doggies and Vegetarian/Vegan Aggies—hosted a presentation by PETA scientists Dr. Emily Trunnell and Dr. Alka Chandna to discuss the school’s MD experiments on dogs and to expose the university’s distortions regarding this laboratory. PETA presented the scientific reasons why, after 37 years, these experiments have failed to produce even a treatment to reduce MD symptoms—let alone a cure—for human patients.

Learn More About Cruelty to Dogs at TAMU in episode 9 of the PETA Podcast! 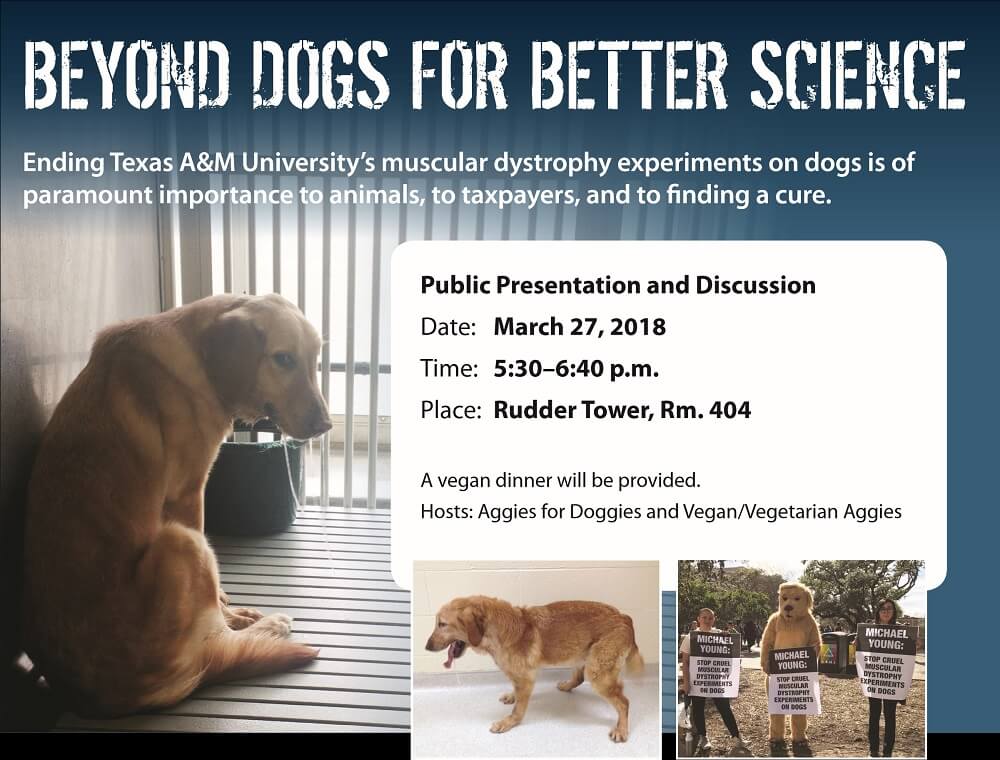 It was standing room only at the presentation, but one group of invitees was noticeably absent—President Michael K. Young, Dean Eleanor Green, Chancellor John Sharp, and the chair of the Institutional Animal Care and Use Committee (which oversees the treatment of animals in laboratories on TAMU’s campus) were nowhere to be seen. And Joe Kornegay, who runs the MD laboratory, and his fellow experimenters didn’t bother to show up and attempt to defend their experiments. 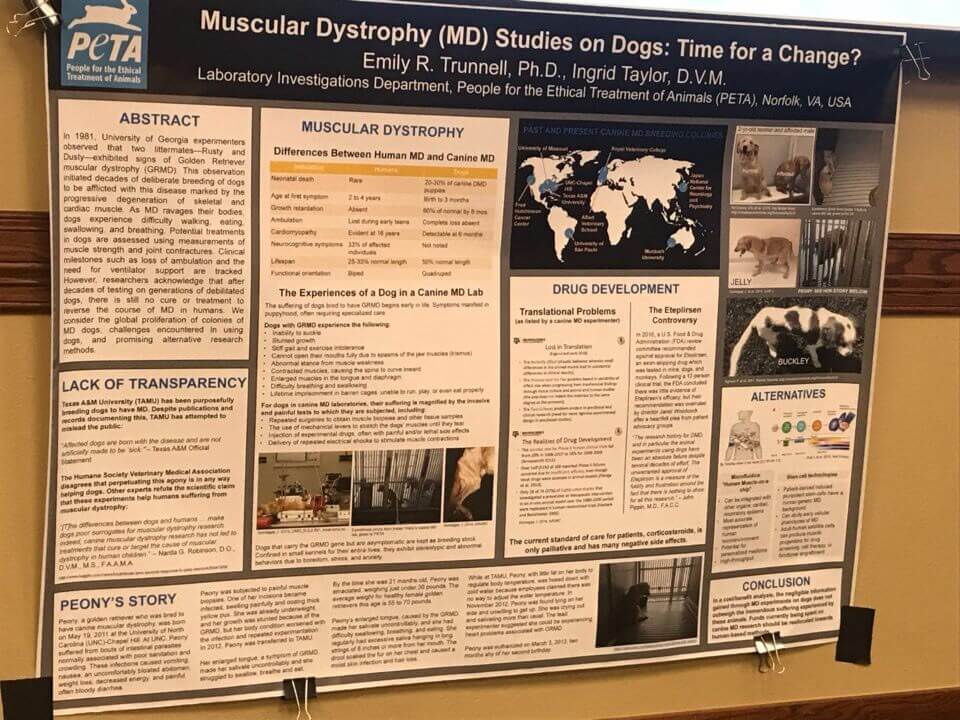 Instead, they left that task to others who attended the presentation—including a student suffering from MD and his family and friends, who are understandably desperate for a cure and who’ve been duped into pinning their hopes on an approach that continues to fail them. By the end of the event, one thing was clear: A cure isn’t coming from TAMU’s canine MD laboratory.

When discussing disgruntled and despairing MD patient groups, Dr. John Pippin, M.D., F.A.C.C once said, “You are right to push hard for a remedy, and you should be angry that decades of failure are piled up at the feet of animal researchers.” It’s no wonder that many MD patients have spoken out against these senseless experiments that inflict pain on helpless animals and propagate false hope.

Help Shut the Dog Lab Down

TAMU must commit to using only modern, animal-free research methods that will actually help MD patients. Please urge the university to close its dog laboratory, stop breeding MD-afflicted animals, and release all dogs for adoption into good homes.

I Want Texas A&M to Close Its Cruel Dog Laboratory