Steel-jaw traps don’t discriminate—they’ll snap their sharp metal teeth shut on the limb of anyone who is unfortunate enough to step on them. A raccoon in Portsmouth, Virginia, was one recent victim. 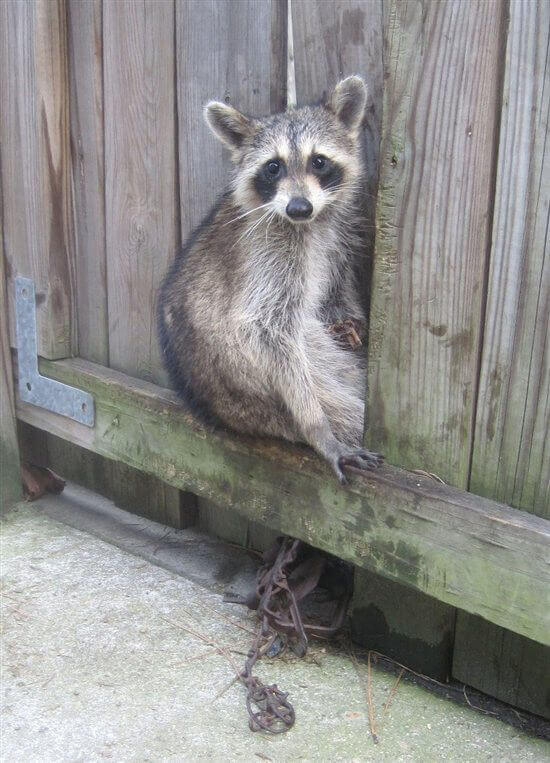 The innocent raccoon was scurrying through the grass in a quiet neighborhood when he suddenly collapsed, his body racked with pain. As the serrated teeth of a steel-jaw trap ground into his muscles, he began frantically trying to escape, even attempting to chew off his own limb. But as he thrashed, he became lodged in a resident’s fence.

When the homeowners discovered the grisly scene, they immediately called both animal control and PETA. Our Community Animal Project fieldworkers rushed to the home and helped the animal control officer gently free the suffering raccoon from the fence and the cruel trap. The officer then whisked him back to the animal control office and quickly ended his misery. Unfortunately, none of the neighbors knew who had set the trap, and our fieldworkers couldn’t find the culprit despite canvassing the neighborhood.

Steel-jaw traps are some of the cruelest and most ineffective methods of wildlife control in existence. PETA offers a wealth of information on how to easily and humanely keep raccoons and other animals at bay without endangering other wildlife, companion animals, and people.