In light of new information about the abusive conditions endured by a threatened grizzly bear and endangered leopards on the farm of Terry Thompson—who released dozens of wild animals (most of whom were shot by law enforcement) outside Zanesville, Ohio, last October, before killing himself—PETA has sent another urgent letter to the U.S. Fish and Wildlife Service (FWS) renewing its requests for an investigation into whether the animals were harmed or harassed in violation of the Endangered Species Act and asking that the surviving animals not be returned to Thompson’s widow, Marian. 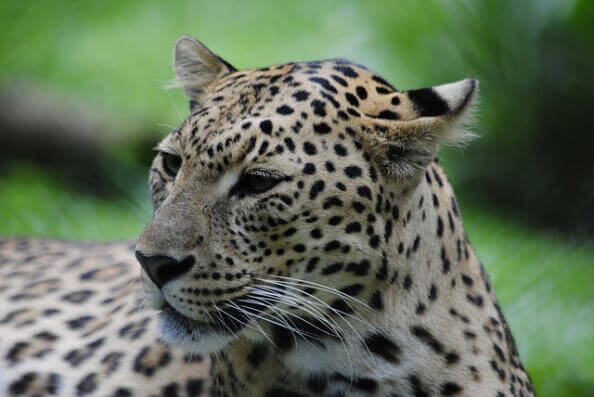 Tom Stalf of the Columbus Zoo, where the animals are currently being housed, described the condition of the animals as “horrific.” Stalf stated that the grizzly bear was relegated to a bird cage set in a drained pool and was aggressively chewing on the cage when authorities found the animal. The Columbus Zoo also reported that when one of the leopards was injured at the zoo, X-rays showed old injuries, including a broken back and tail bones, that had not healed. The animal was subsequently euthanized.

The grizzly bear, two leopards, and two macaques are the only remaining survivors of last year’s tragedy. They are quarantined at the zoo by order of the Ohio Department of Agriculture. Ms. Thompson is awaiting a hearing to challenge the order and seeks to regain possession of the animals.

How You Can Help the Surviving Animals

While PETA works to keep the survivors safe, you can help by calling the FWS Office of Law Enforcement at 703-358-1949 to politely urge the agency to investigate whether the Endangered Species Act was violated and to ensure that the animals are not returned to Marian Thompson.