Here’s some good (but still sad!) news from one front in the fight to stop the annual Canadian seal massacre: Only eight grey seals were killed in Nova Scotia this year. That’s down from nearly 1,500 in 2008, which (if my calculator skills don’t fail me) means that this year’s killings were just over half of 1 percent of the number of animals who died there just four years ago. 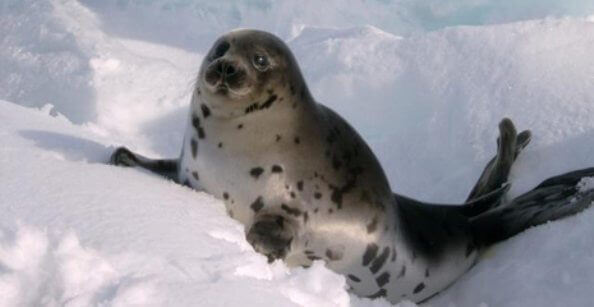 Of course, grey seals aren’t the only ones bludgeoned in the yearly massacre—the larger commercial harp-seal slaughter is expected to start soon. And even though the market is dead now that Russia—which had imported 95 percent of Canadian seal pelts—has joined the U.S. and the E.U. in banning seal fur, Canada’s Fisheries Department has set the annual harp seal quota at 400,000 (the same as last year), amid reports that the government is considering buying and stockpiling pelts in the hope of breaking into new markets.

So this is no time to rest. PETA’s international year-round vigorous campaigning will continue—we’re keeping busy in a major market that Canada’s still trying to lure: China. Although you may not be able to read Chinese, you can see from the photo of this popular Chinese TV star, Gao Yuanyuan, in PETA’s seal shirt that we are going all out globally to stop this bloody trade. Please take action now to ensure that the slaughter ends.