In 2015, thanks to a generous donor, PETA and Save the Chimps rescued Iris the chimpanzee from Chestatee Wildlife Preserve & Zoo, a seedy roadside zoo in Georgia. This past summer—after spending three beautiful years at the spacious, tropical Save the Chimps sanctuary in Florida—she passed away. 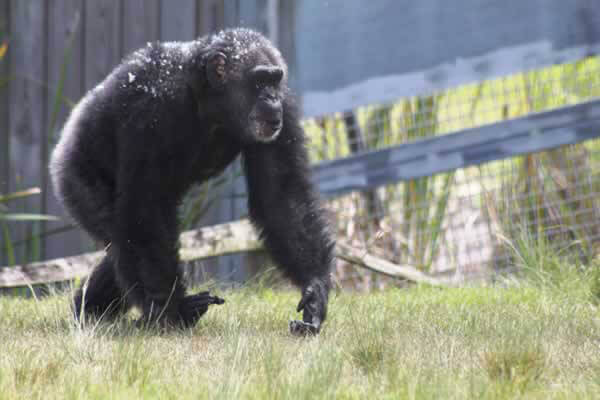 At Chestatee, Iris was confined to a filthy, windowless cell roughly the size of a walk-in closet. It was only cleaned about twice a week, so she often lived amid her own waste. Her meals were slid to her through a slot in the wall. The cramped enclosure had nothing for her to climb on, and she had no one to play with and essentially nothing to look at except four blank walls. She was often found huddled under a dirty blanket in the unheated cell and smeared her own feces on the walls. 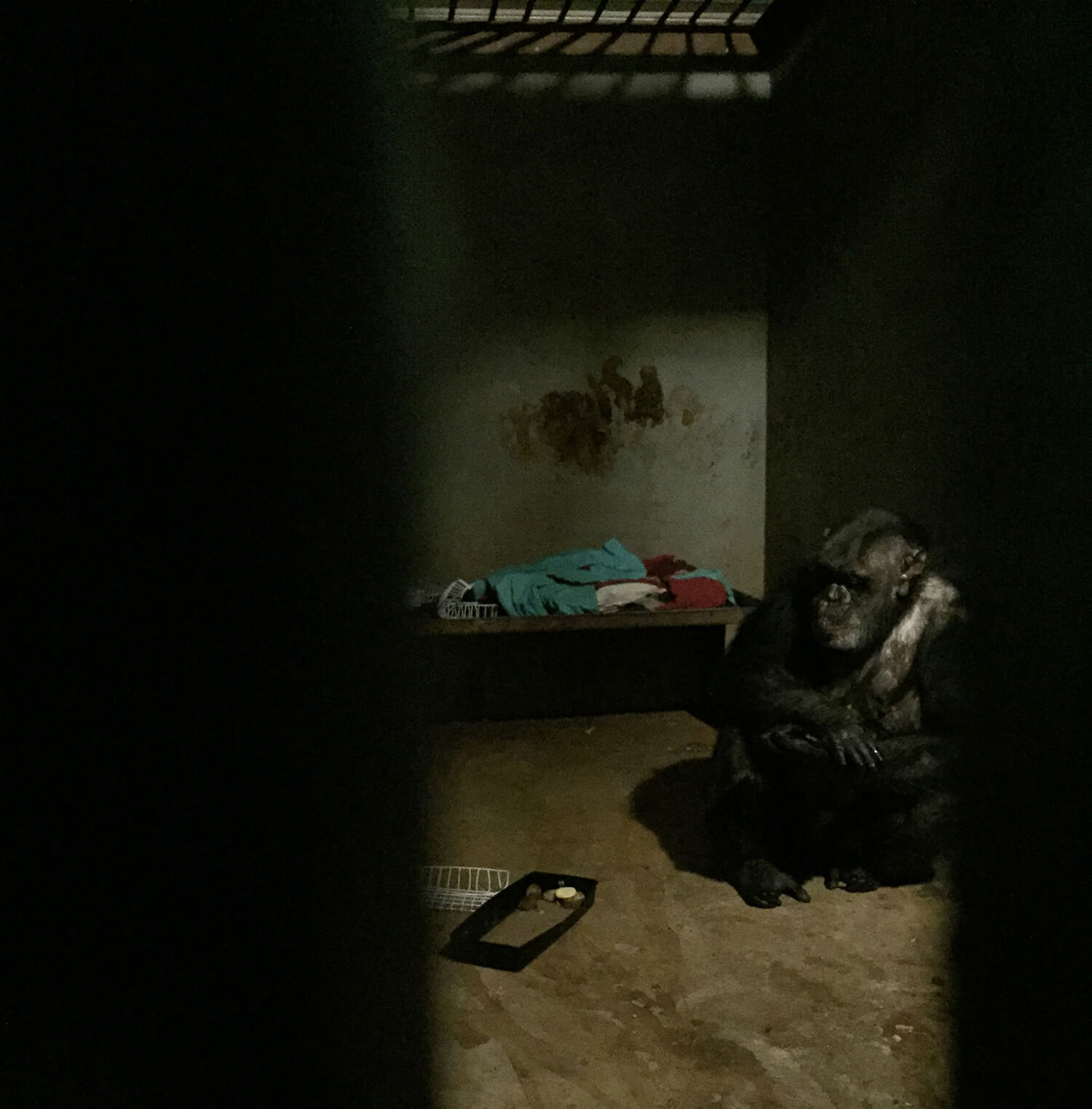 After years of solitary confinement and deprivation, Iris was a sorry sight. She was pale and overweight, and her leg muscles were underdeveloped, likely from a lack of opportunities to climb or exercise. She was missing her canine teeth, which likely had been pulled out to make her easier to handle.

Then, PETA stepped in.

Thanks to a generous PETA patron, we were able to help rescue and relocate Iris to Save the Chimps, an accredited sanctuary that cares for nearly 250 chimpanzees. Once there, she felt grass beneath her feet and sunshine on her back, likely for the first time in 16 years—and maybe ever. After just over a month at the sanctuary, she got some color back in her skin, her eyes adjusted to the daylight, and her legs became stronger with exercise, all thanks to the wonderful care provided by Save the Chimps staff.

32 y/o chimpanzee Iris was all alone in a tiny dark cell. PETA rescued her & now she's in a sanctuary! #FirstXmas pic.twitter.com/wRuayfcsp8

Just days after arriving, Iris was introduced to another rescued chimpanzee named Abdul (seen in the second photo above), and they were immediately smitten with each other, panting and hooting with delight, exchanging kisses and hugs, and grooming each other like old friends. Abdul sat with Iris after she passed.

Avoid All Roadside Zoos, in Honor of Iris

Despite the shocking conditions Iris was forced to live in, Chestatee is still open for business, as are many other seedy roadside zoos across America. In her honor and in the interest of all animals, avoid all roadside zoos, even ones that misleadingly call themselves “preserves” or “parks.” They’re tourist traps that unwitting visitors keep open with their ticket purchases. Click the buttons below to learn and do more.