Update: The U.S. Department of Agriculture (USDA) has betrayed both the public and animals by settling its administrative lawsuit against Shin Nippon Biomedical Laboratories (SNBL) for a paltry $185,000. This is a drop in the bucket for this massive international company that will allow it to continue doing business as usual. Incredibly, just one day before it reached this settlement agreement with the USDA on its multiple violations, it was cited for more horrific incidents, including the strangulation death of a monkey, the death of a baby monkey who was taken from her cage and then negligently returned to the wrong mother, and for hitting caged monkeys. PETA continues to urge federal agencies, including the Department of Health and Human Services, to cancel all contracts with SNBL so that taxpayers will not be supporting the misery perpetuated by this chronic animal abuser.

Wielding signs that proclaim, “Monkeys Tortured” and “Shut It Down,” PETA supporters gathered in Everett, Washington, outside Shin Nippon Biomedical Laboratories (SNBL) to demand an end to its funding by government agencies, including the Centers for Disease Control and Prevention, the U.S. Food and Drug Administration, and the Biomedical Advanced Research and Development Authority. 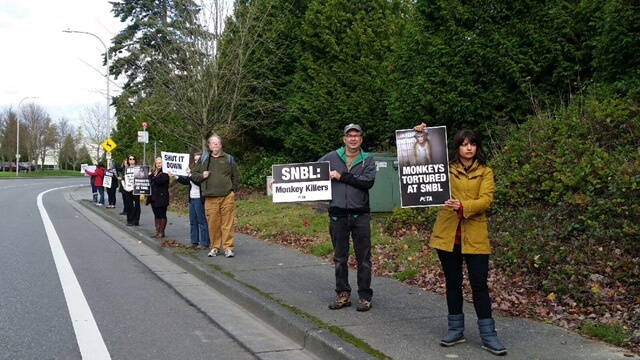 PETA is calling for SNBL to be shut down in light of an administrative lawsuit filed by the U.S. Department of Agriculture alleging that the laboratory committed dozens of violations of the federal Animal Welfare Act between 2011 and 2016, causing dozens of monkeys to die in prolonged and painful ways, including from hypothermia, dehydration, suffocation, and trauma. This lawsuit follows years of PETA complaints and our release of whistleblower video footage and photographs revealing horrific living (and dying) conditions for primates at the facility. 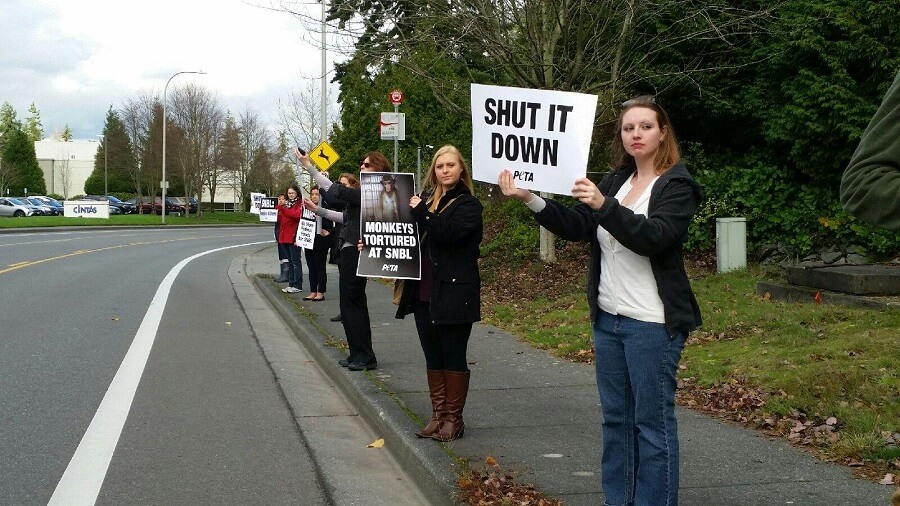 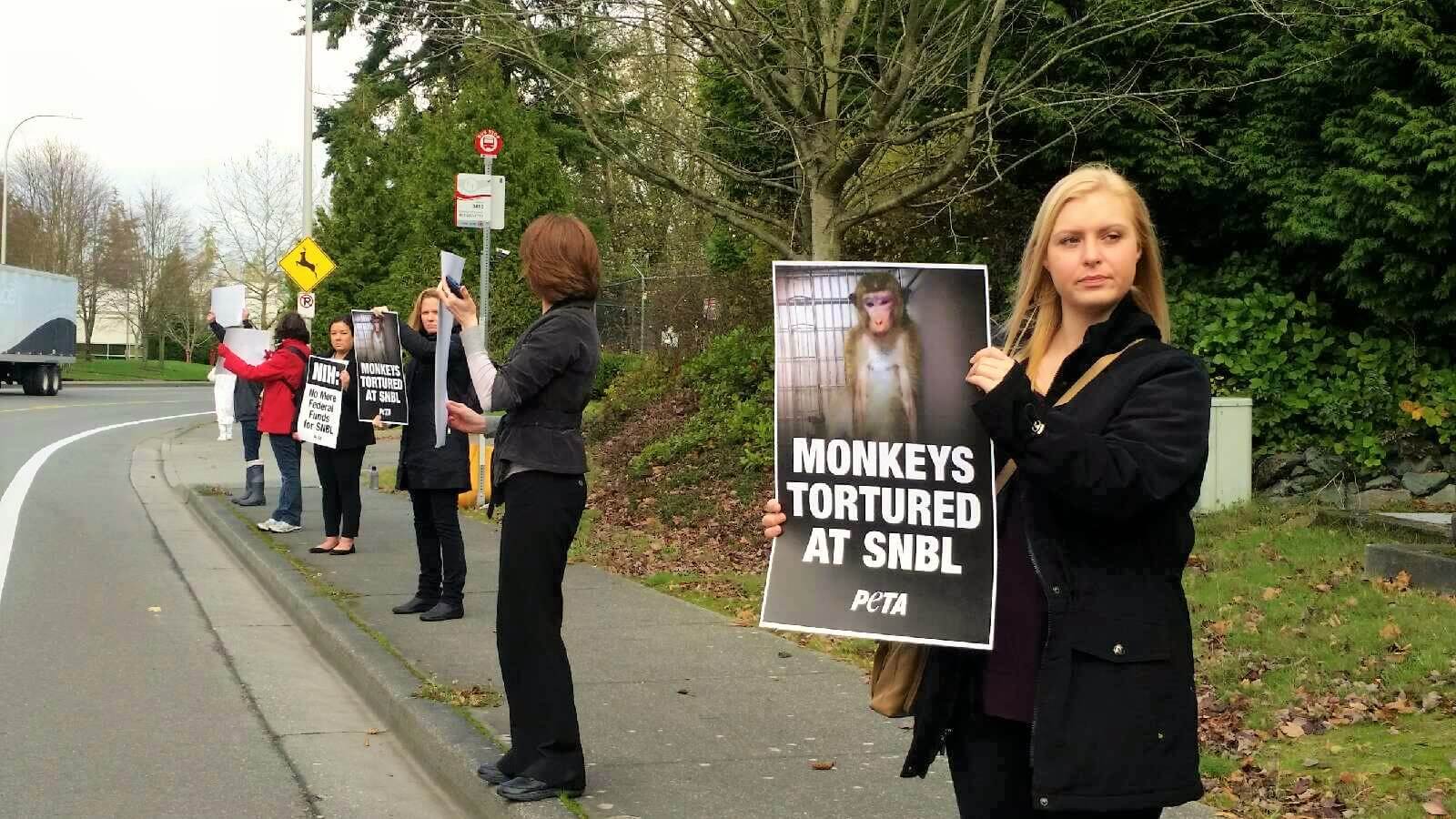 SNBL should not use taxpayer money to harm even one more animal. Please contact the National Institutes of Health and urge the agency to cancel the “Animal Welfare Assurance” that allows SNBL to receive federal contracts.