After a recent eye-opening 60 Minutes investigation revealed that pork farmers can ban health inspectors from visiting farms that have spawned outbreaks of salmonella in humans, PETA members showed up in Des Moines, Iowa—the home of the National Pork Producers Council—wearing pig costumes and brandishing prop syringes. These PETA pigs had an important message for passersby: Cut the pork—or risk getting the runs. 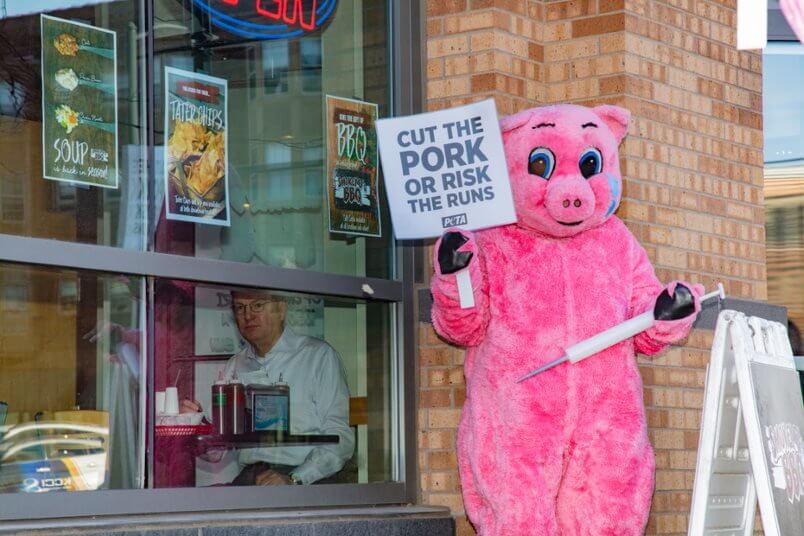 Stationed outside a busy BBQ joint, the PETA pigs caught the eyes of people on the streets.

They even wound up on the news! 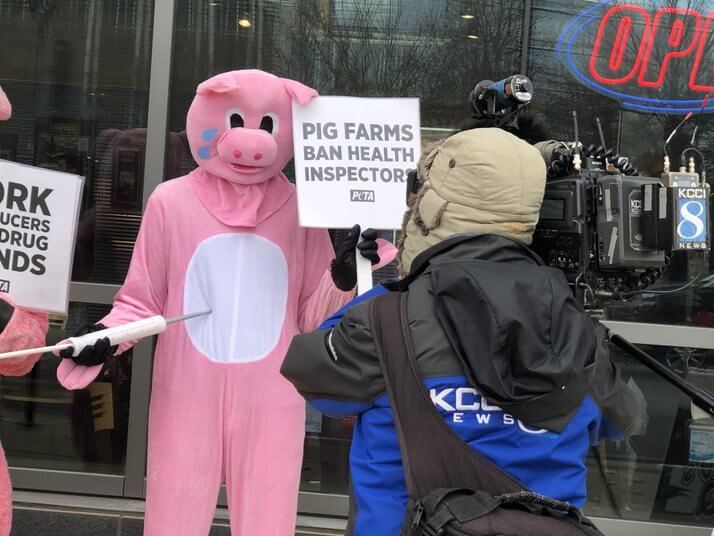 Pigs are kept in such cramped and filthy conditions on factory farms that pork producers have to dope them up. Those drugs are passed on to meat-eaters, who can develop a resistance to antibiotics. Concern for these animals is one reason so many people are going vegan—another reason is concern for their own health.

Eating Animals is Cruel AND Dangerous

A recent 60 Minutes investigation revealed that pork producers have been hiding human outbreaks of salmonella, so PETA supporters and a few "pigs" are warning restaurant goers at a BBQ joint in #DesMoines, Iowa.

Posted by PETA (People for the Ethical Treatment of Animals) on Thursday, January 9, 2020

Check out more photos from the event below: 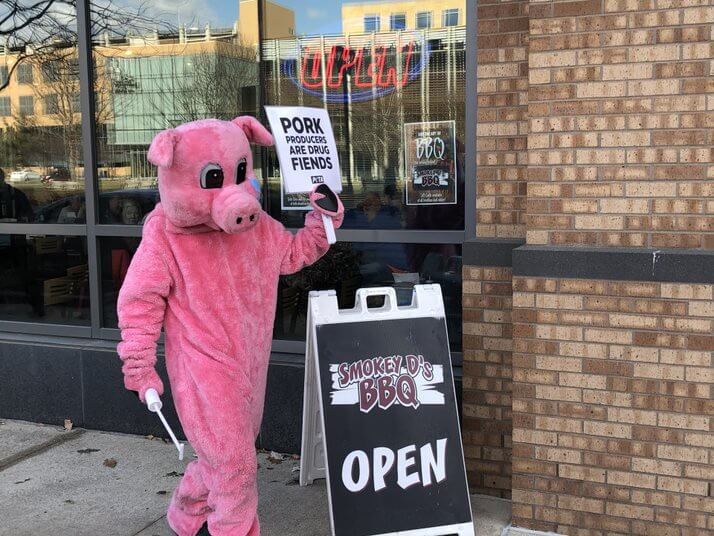 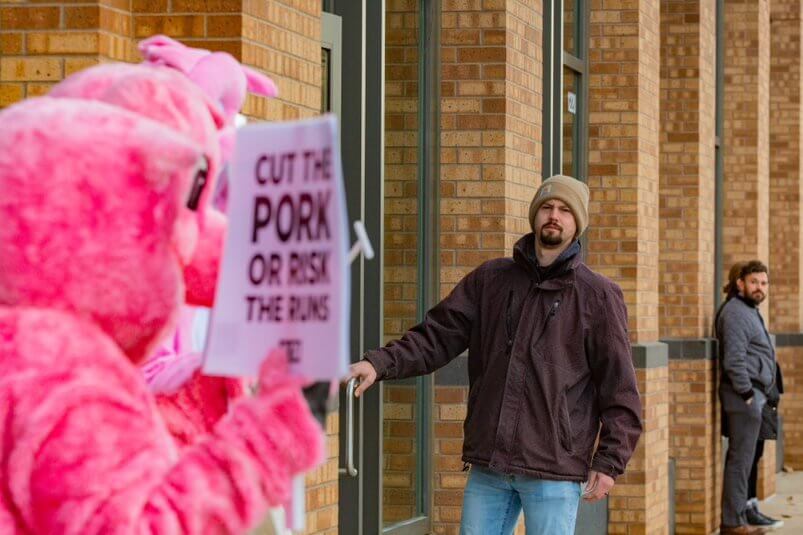 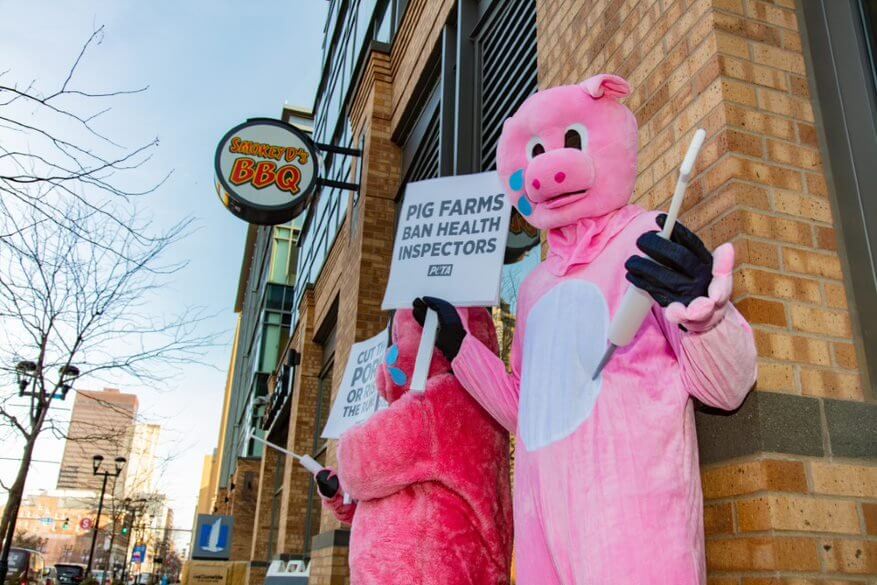 For more information about the problems with the pork industry, watch the full segment from 60 Minutes.

What You Can Do to Help Pigs

On today’s farms, these outgoing, sensitive animals spend their entire lives in warehouses enduring the constant stress of intensive confinement. Miserable mother pigs are kept in gestation and farrowing crates so small that they can’t even turn around. They’re impregnated repeatedly until their bodies give out, at which point they’re sent to slaughter.

Piglets are torn away from their distraught mothers just a few weeks after birth. Their tails are chopped off, the ends of their teeth are snipped off with pliers, and the males are castrated. No painkillers are given to ease their suffering. The young pigs then spend their short lives in cramped, crowded pens on slabs of filthy concrete.

You can help pigs right now. It’s easy to get started: