Participants tormented wild piglets at the Bandera Ham Rodeo in front of frenzied spectators and impressionable children. What century is this?

This so-called “wild hog catch” event near Bandera, Texas, exemplifies how speciesists treat animals for cheap thrills. Here are some of the things that are wrong with this cruel spectacle:

Participants get their kicks by terrorizing sensitive living beings.

Screaming for their lives, pigs are kicked, grabbed, yanked around by a leg, or tackled by callous wranglers. They are dragged by their legs through the arena, sand getting in their eyes, snouts, and mouths, before being roughly shoved into sacks. Suspending a piglet by one leg (or even two) places excessive pressure on the joints and easily causes injuries such as dislocations and ruptured muscles, ligaments, and tendons. 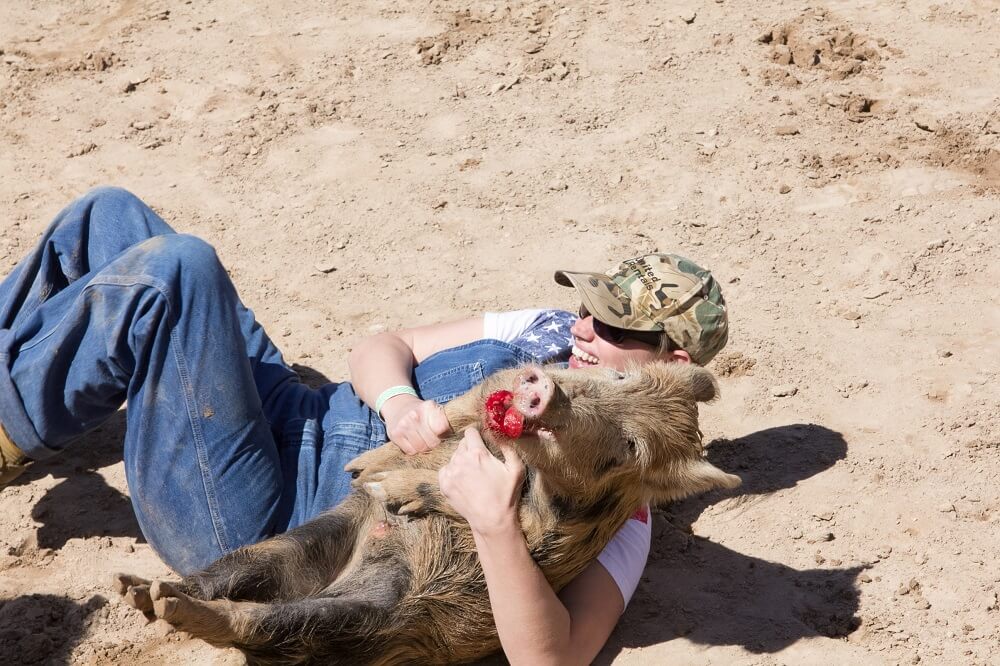 The event staff encouraged this abuse and called the pigs “unhappy.”

Instead of teaching kids that pigs are smart, inquisitive, and friendly, the Bandera Ham Rodeo teaches them to scare, harm, and bully animals. Kids were told to grab and jump on pigs who were desperately trying to flee. Encouraging children to watch and participate in this cruel event sends them the harmful messages that it’s fun to hurt those who are smaller or weaker and that animals are playthings, not individuals with feelings. Sociologists and criminologists agree that participating in cruelty to animals at a young age is often a precursor to other forms of violence. 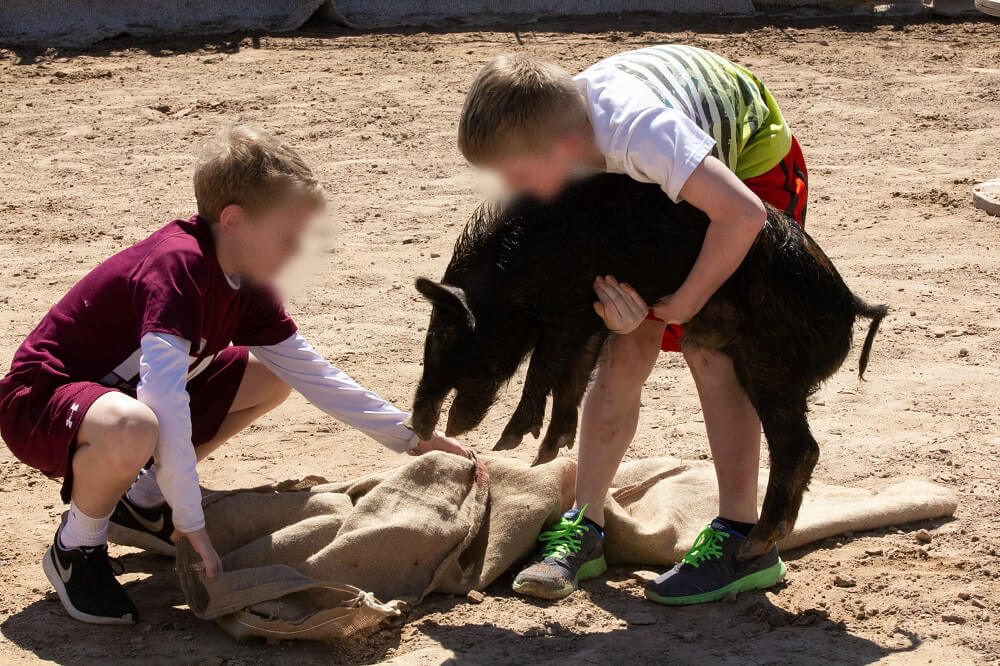 Young pigs were forced to watch in terror, wondering what might come next.

Boars can live to be 15 or even 20 years old, but the pigs exploited at this spectacle—like many of the pigs killed for food—were most likely only 4 weeks to 6 months old. The piglets and other young pigs squealed in terror, seeing others picked up, kicked, and battered. After the event, the ones in our video footage were reportedly slaughtered for a barbecue. 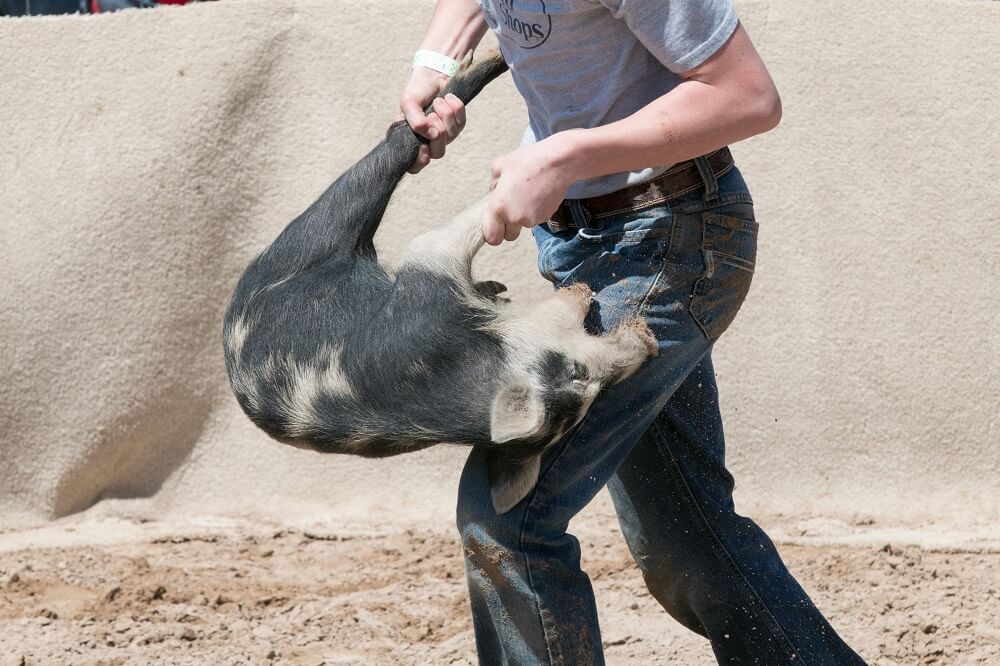 Pigs were injured in desperate attempts to escape the ring.

Understandably, feral pigs are naturally afraid of rowdy people chasing them around an arena. Terrified pigs tried escaping by digging under or jumping over barriers. They even crashed face-first into metal fencing until they were bloody and possibly concussed. 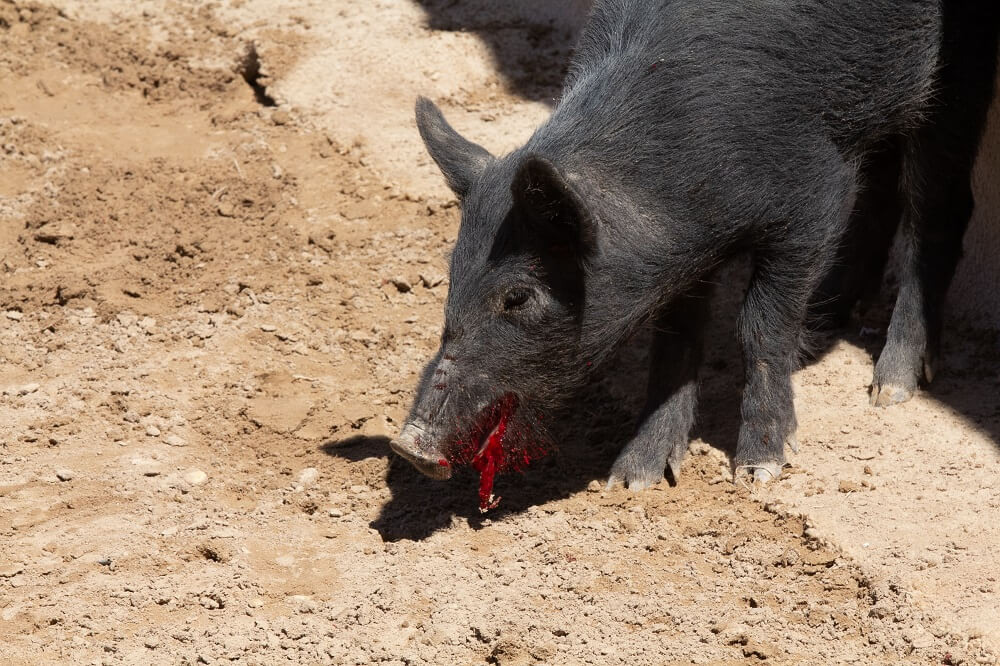 Learning how to be inhumane may not be the only thing kids pick up at the Bandera Ham Rodeo.

Wild pigs commonly carry diseases and bacteria that can be transmitted to humans, including highly contagious brucellosis as well as tuberculosis, leptospirosis, hepatitis E, salmonellosis, and E. coli. People at the event were exposed to pigs’ blood, saliva, urine, and feces—all of which can transmit disease. 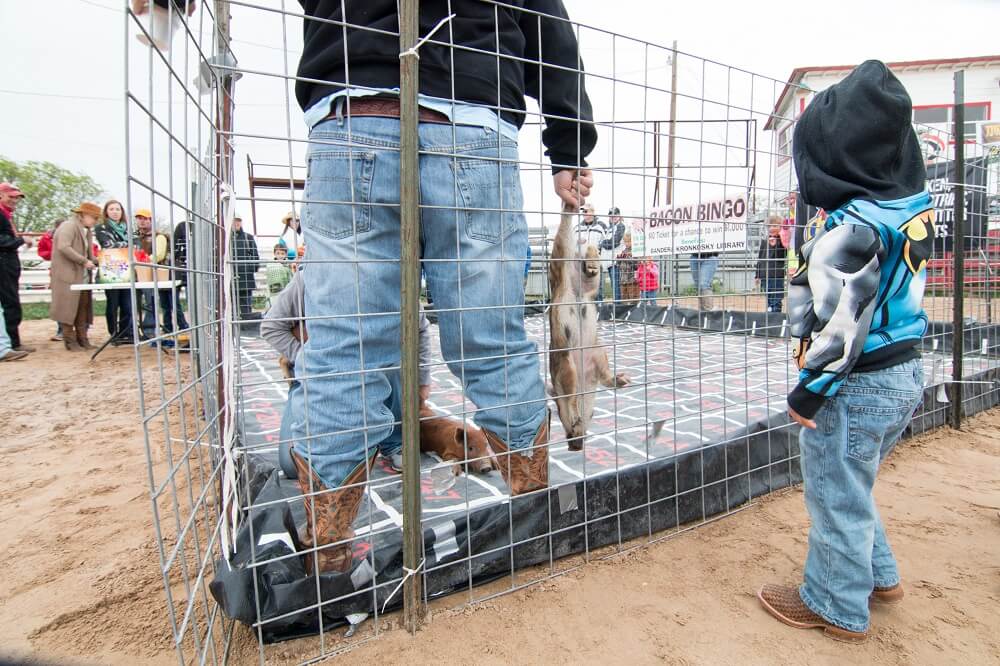 Wrestling pigs in this way may be illegal.

PETA has filed a complaint with law enforcement seeking a criminal investigation into the Bandera Ham Rodeo. The Texas Penal Code prohibits a person from “intentionally, knowingly, or recklessly tortur[ing] an animal,” and such cruelty is a felony. PETA also alerted the Texas Animal Health Commission in Austin to the fact that event organizers lacked a permit to hold these animals—which violates state laws and can carry criminal penalties. 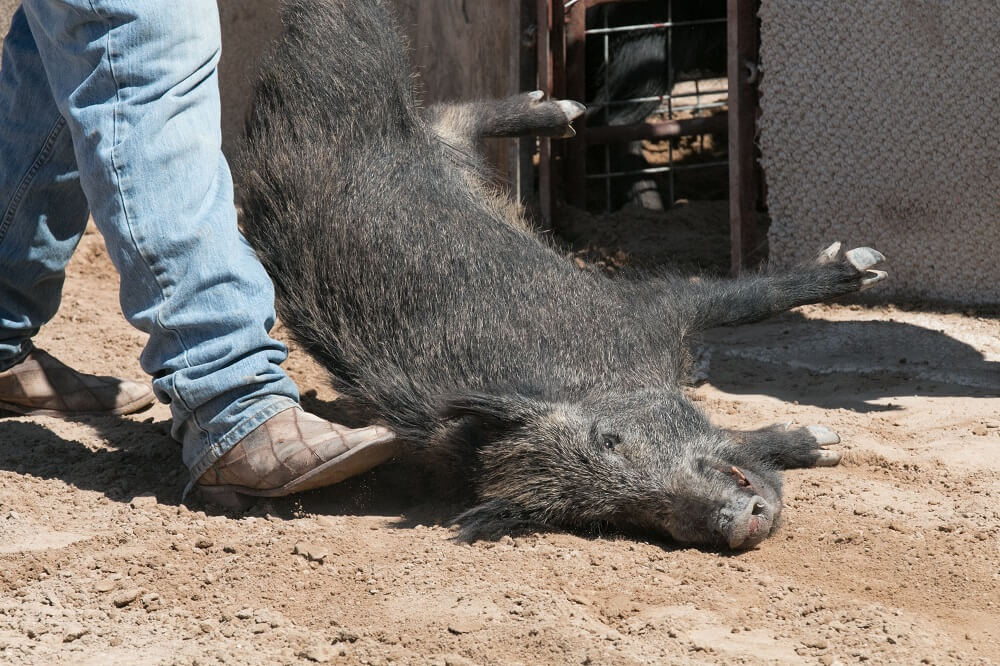 PETA and thousands of others are calling on Texas Gov. Greg Abbott to end wild-pig chases like the Bandera Ham Rodeo. Using the button below, urge him to issue an executive order to shut down this heinous event and other exhibitions like it. 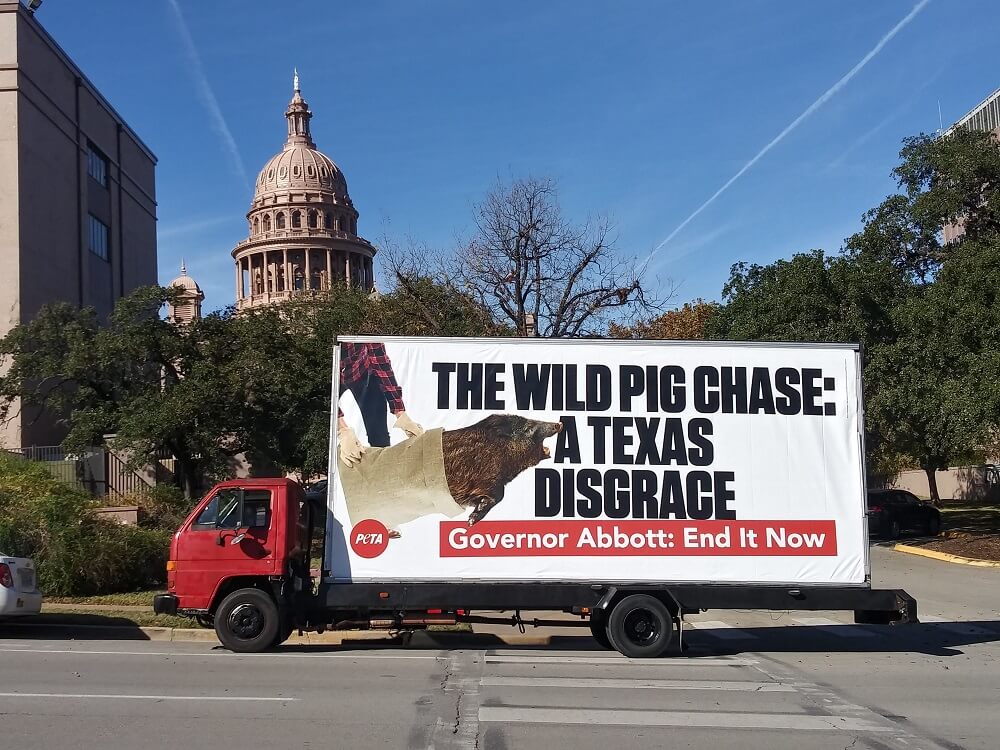 Call On Gov. Abbott to End the Bandera Ham Rodeo