If you ever doubted the power that one person can have when he or she suspects that an animal is being abused, this case will dispel that doubt. Recently, Chicago resident Michael Semens allegedly posted videos online depicting the torture of a rat and a mouse—in one video, part of a live rat’s tail and both of her ears are cut off, and in the second video, a mouse ensnared in a glue trap is tased to death. 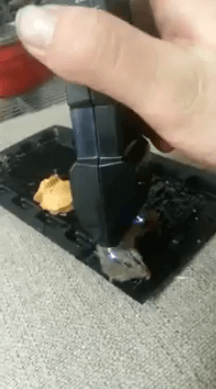 As soon as a concerned citizen alerted PETA, we saved the videos, which were private and wouldn’t have been seen by authorities without the complainant’s help and our involvement. We then tracked down the suspect’s address and turned over our evidence to local police—who arrested him within hours. He has been charged with two felony counts of animal torture and two misdemeanor counts of cruelty to animals.

If you witness any animal abuse—whether it’s in cyberspace or in your local community—please alert law-enforcement authorities immediately. If the agency isn’t responsive, contact PETA. Your intervention could mean the difference between life and death for an animal.