Southern Baptists attending a convention in New Orleans probably expected to be communing with God … just not with his son on the street corner. And not with a giant chicken.

Nevertheless, they loved PETA’s divine duo, who asked the faithful to remember that Jesus’ message was one of compassion, not killing. 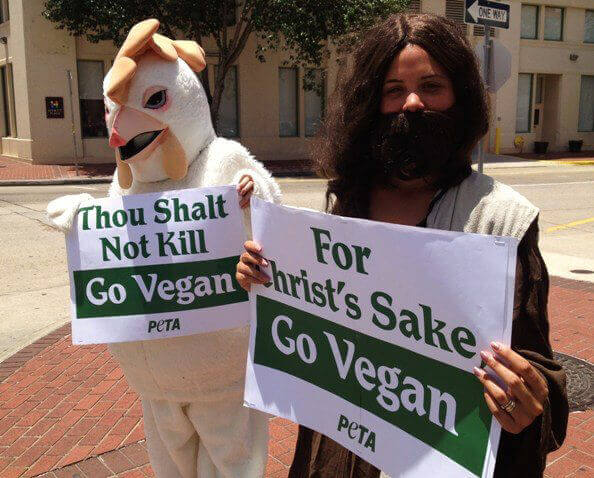 While the Southern Baptists scooped up information about going vegan, they chatted with “Jesus” about how God would not approve of the ways that his animals are abused on today’s factory farms. Many said that they were eating less meat or had already gone vegan to stop supporting cruelty.