Update: Despite the reams of evidence provided by PETA indicating that Brasstown’s Opossum Drop is cruel and potentially lethal, the North Carolina Wildlife Resources Commission (NCWRC) has refused to commit to denying a live-animal use permit to the organizer of the event. As a last resort, PETA has filed a lawsuit to force the NCWRC to do its job and stop the torture of an opossum in this year’s Opossum Drop.

In an effort to prevent Brasstown, North Carolina, from using a live animal in another New Year’s Eve “Opossum Drop,” PETA is submitting evidence to the North Carolina Wildlife Resources Commission (NCWRC), gathered from top opossum experts around North America, showing that the Opossum Drop is cruel and even potentially deadly to animals. The grotesquely misnamed “Opossum Right to Work Act,” which gave the NCWRC more leeway in issuing permits to wildlife bullies, was rammed through the North Carolina legislature last year in a fit of pique after a judge ruled against the NCWRC for illegally issuing a permit to use a live opossum at the Opossum Drop. Even so, the NCWRC still has no authority to issue permits for activities that violate North Carolina law, such as those that constitute cruelty to animals, and using a live opossum at the Opossum Drop does just that. 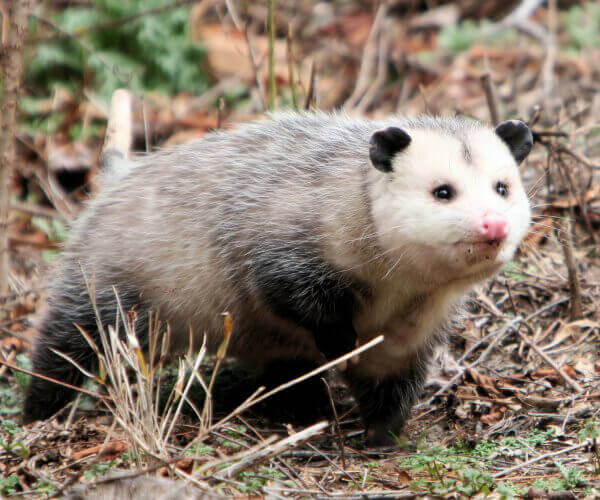 Leading opossum experts, including five veterinarians with more than 125 years of combined experience in wildlife medicine and leading wildlife rehabilitators and educators who collectively have cared for well over 14,000 opossums, all agree that capturing a wild opossum, holding the animal for several days or weeks, and suspending the animal in a Plexiglas box high in the air as fireworks are set off, muskets are fired, , crowds of people scream, and loud music is played terrifies these shy animals. In fact, according to these experts, the opossums who were subjected to this abuse in the past likely died shortly after their release, probably from predation or “capture myopathy,” a cascading series of catastrophic physical reactions to stress and trauma.

Dr. Brian King, a wildlife veterinarian with more than 20 years of experience in treating opossums, concludes that it’s “more than likely these animals met a horrible death” after their release following the Opossum Drop. There is no justification for inflicting such cruelty on any animal for the sake of two hours of public “amusement”—and issuing a permit for such an activity would be tantamount to becoming complicit in the abuse, in violation of North Carolina law.

Dr. Kenneth Jones, the country’s foremost opossum researcher and veterinarian, notes that “tormenting an opossum in the manner of the Opossum Drop is disgusting.” Using a live opossum at the event “is a public display of the mistreatment of an animal, plain and simple, and no government agency should condone such cruelty by issuing an official permit for the activity.”

PETA is asking the North Carolina Wildlife Resources Commission to deny a permit for using a live animal at the Opossum Drop on the grounds that it’s prohibited from authorizing any activity that is illegal or otherwise prohibited under North Carolina law.

In other words, no, opossums don’t have a “right to work.” They have a right to be left alone.