When the U.S. Department of Agriculture (USDA) permanently revokes an animal exhibitor’s license, it means game over—that person or company can never again exhibit animals. But Lancelot Kollman, aka Lance Ramos, a notorious animal abuser who flagrantly disregards the Animal Welfare Act (AWA), must think that he is above the law. PETA caught Kollman in the act, exhibiting tigers with the notorious Hawthorn Corporation at a Shrine circus in Fort Worth, Texas. 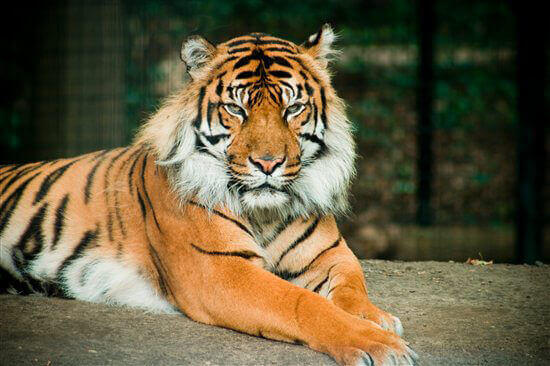 For animals in circuses, there is no such thing as “positive reinforcement”—only varying degrees of punishment and deprivation.

PETA has passed this evidence on to the USDA, prompting a formal investigation into both Kollman and Hawthorn. PETA is demanding that the agency pursue criminal charges against Kollman and permanently revoke Hawthorn’s exhibitor license. This is far from the first run-in either one has had with the law.

When the USDA yanked Kollman’s license in 2009, he had racked up quite a rap sheet for cruelty to animals by denying animals veterinary care, clean water, and adequate shelter; forcing them to live in unsanitary conditions; using physical abuse as a “training tool”; abusing two young lions to the point that one of them died; and starving an elephant so much that he was a full ton underweight when the USDA took the extraordinary enforcement action of confiscating him.

The Hawthorn Corporation brought Kollman onboard despite his well-documented history of animal abuse and neglect. That’s no surprise since Hawthorn doesn’t exactly play by the rules. The USDA knows Hawthorn well: The first time it ever exercised its authority to seize an elephant was from the Hawthorn Corporation, after an extensive campaign by PETA. Hawthorn had allowed an elephant named Delhi to stand in undiluted formaldehyde, which resulted in severe chemical burns, and then denied her proper veterinary care for her wounds. Hawthorn was subsequently ordered to relinquish custody of 16 additional elephants. The USDA has also suspended Hawthorn’s exhibitor license twice, fined it a total of more than a quarter of a million dollars, and issued numerous cease-and-desist orders.

Hawthorn’s litany of more than 60 violations of the AWA includes feeding animals moldy and fly-infested food, denying sick animals veterinary care, forcing tigers to live in tiny transport crates for months at a time, using unsafe handling practices, and keeping tigers who were not compatible in small cages together, which resulted in several tigers’ deaths. In a span of just nine years, at least 32 tigers owned by Hawthorn died. Many of them were young, and many of them died under circumstances that were entirely preventable, such as from unsafe and unsanitary conditions.

Urge the USDA to show Kollman and Hawthorn that they are not above the law. Ask the agency to pursue criminal charges against Kollman and permanently revoke Hawthorn’s license. Enough is enough.