Oreo is as sweet as his name and not one to hold a grudge, but everyone who saw the helpless cat being treated like a punching bag in a disturbing video posted on Snapchat will be relieved to learn that his alleged abuser has been charged with cruelty to animals.

Immediately after his rescue, Oreo went to a foster home with a PETA staffer, who—inspired by the cat’s unbreakable spirit—decided to take the plunge (er, dunk?) and make him a permanent member of the family. He may have had a bitter beginning, but everyone’s favorite cookie is living the sweet life now with his feline siblings and doting “cat dad.”

What happened on Snapchat didn’t stay on Snapchat, thanks to a conscientious person who called PETA’s 24-hour emergency line after seeing a disturbing video on the social media platform showing a young person viciously beating a cat named Oreo. 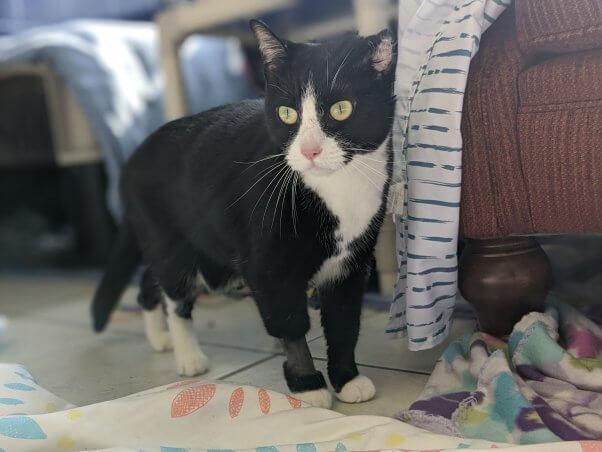 We immediately set about getting Oreo out of the hands of his abuser by calling the local police department, providing vital evidence, and guiding a kind officer through the process of seizing the cat and transporting him to a veterinarian to be treated at PETA’s expense. 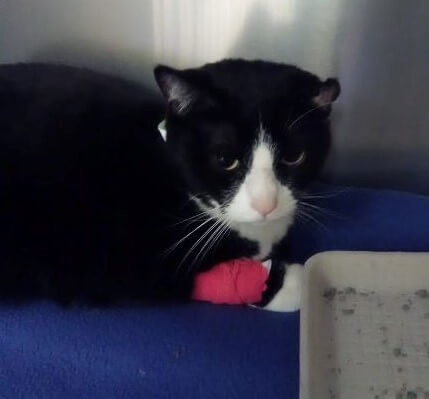 Oreo had been so savagely beaten that we feared he must’ve been mortally wounded, but this tough cookie wasn’t ready to crumble just yet. The little feline superhero made it through. The only telltale sign of the horrors that he endured is the permanent scarring and disfigurement of his left ear. No one knows how many beatings he was subjected to off camera. 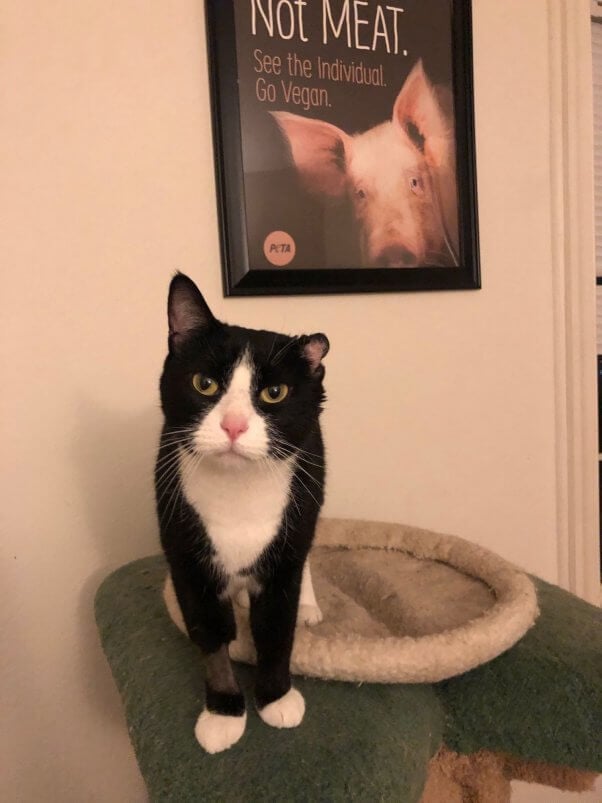 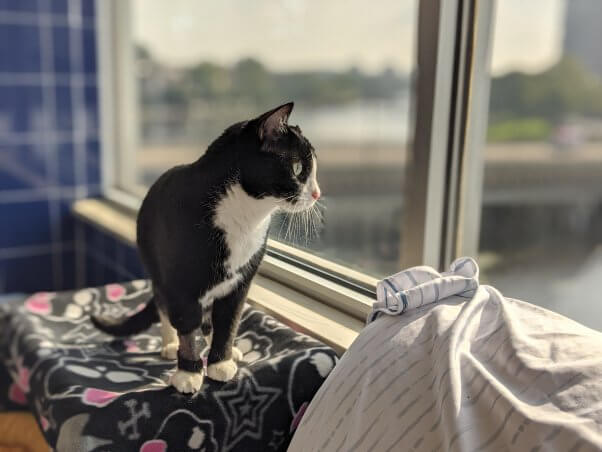 Once Oreo got a clean bill of health from the veterinarian, PETA staffers drove 16 hours roundtrip to bring him back to the Sam Simon Center—our Norfolk, Virginia, headquarters—and get him started on a new life free of pain and fear. 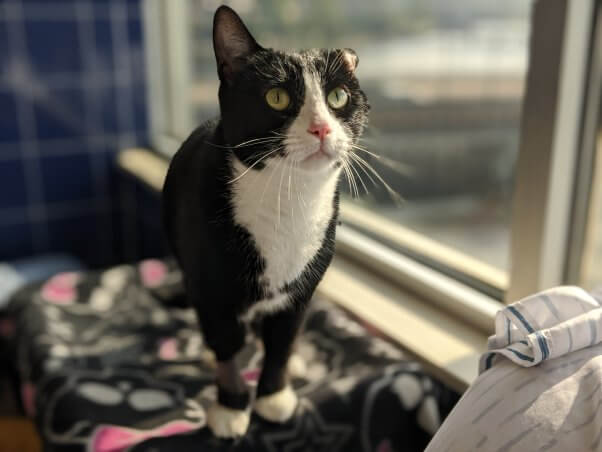 At first, Oreo showed symptoms of emotional trauma and was prone to darting under the furniture at the slightest noise—and who could blame him? But after a few days surrounded by kind people who never raised their voices, much less their fists, he decided that humans aren’t such a bad species after all. Now that he knows he’s safe, he has revealed the sweet center under that initially crunchy exterior. A “social climber” who eagerly greets visitors from his perch atop his cat tree, he’s especially fond of having his chin scratched, rewarding the scratch provider with a gentle purr.

We know someone out there must have a craving for giving this sweetie the happily-ever-after that he deserves. If that someone is you, send us an e-mail at [email protected] and you’ll find out why everyone loves Oreo.

Learn More About Oreo and Other Adoptable Animals