Crystal just realized what a lap is—and it has changed her life forever. 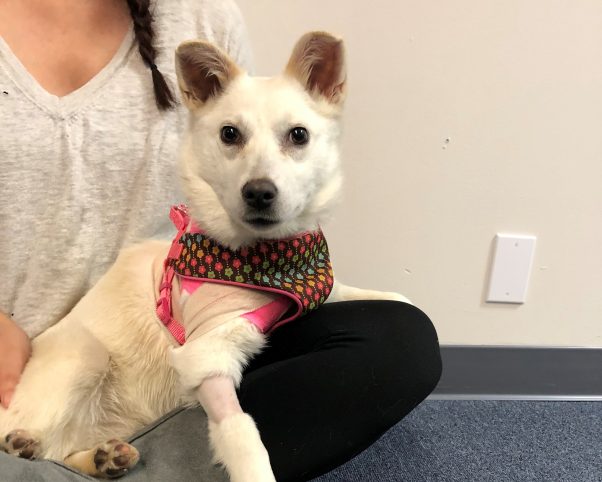 Until recently, the 7-month-old puppy had been a “backyard dog” and a “neglected dog.” But now, she knows what her true calling is: being a “lap dog.” 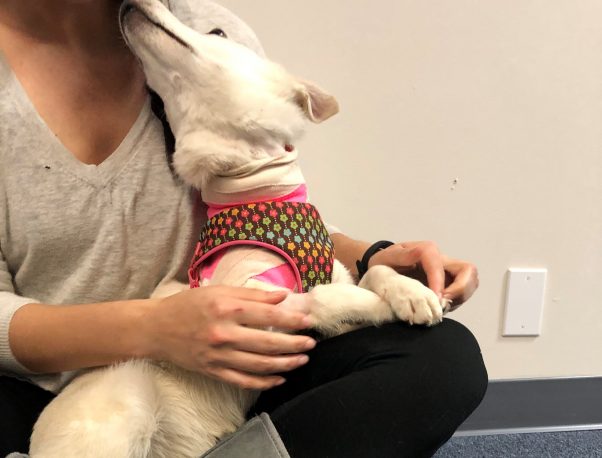 When PETA fieldworkers discovered Crystal running loose at a North Carolina trailer park, they could smell her practically before they could see her. That’s because the petite American Eskimo mix was suffering from a massive, infected wound that reeked. 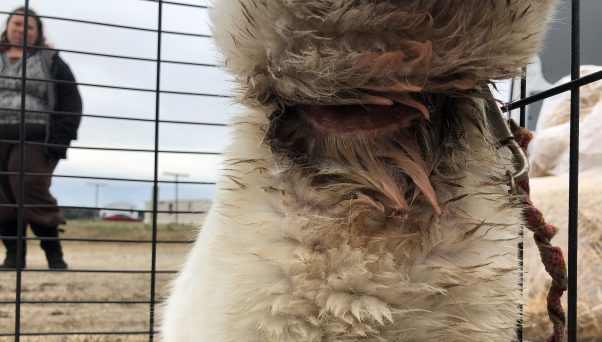 Nearly hidden by her fluffy white fur was the culprit: a too-small collar, which had become embedded in her neck—a horrific but, unfortunately, quite common occurrence among dogs who are put outside as puppies and neglected. Somehow, Crystal had managed to escape her jailers, but there was no way she could escape the strangling chokehold of that collar.

We rushed Crystal to an emergency vet clinic, where she was sedated and the collar was carefully cut off. The attending veterinarian estimated that the collar had become embedded in approximately 75 percent of her neck circumference! She’d been living on borrowed time, since the collar would only have become tighter as she grew. 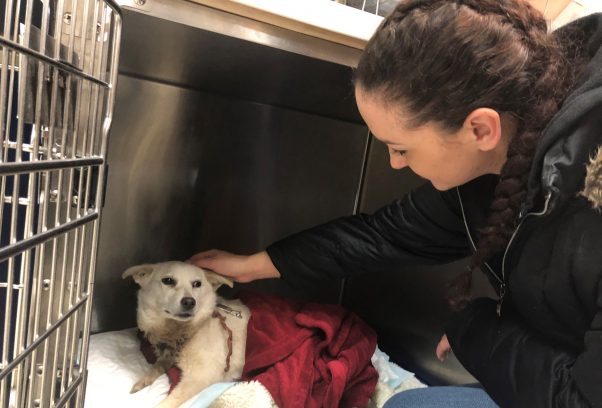 Crystal is now flourishing in a PETA foster home. Her wound requires frequent bandage changes, but she endures them like a champ, despite the pain that the injury must be causing her. 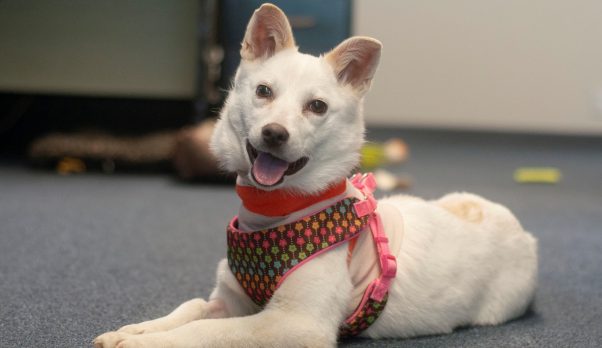 Like the puppy she is, Crystal loves to play, especially with other dogs and with squeaky toys, stuffed animals, and balls. 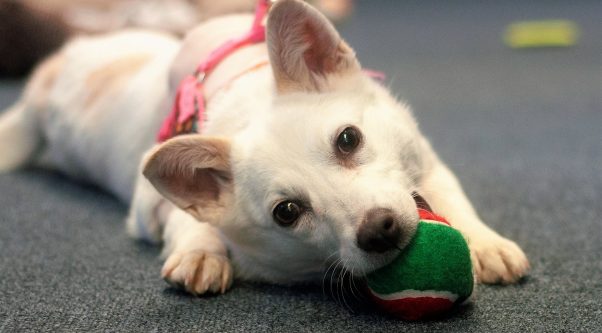 In fact, she loves her toys so much that she drags them all to a secret hiding place for safekeeping. 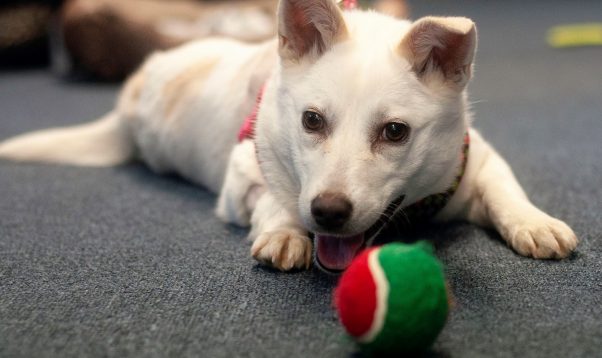 Don’t worry, Crystal, no one is going to take your toys away!

We know there’s a lap out there somewhere with Crystal’s name on it. If that lap belongs to you, e-mail [email protected] to find out how you can bring her home to your palace.

Learn more about Crystal and other adoptable animals.