The Pet Blood Bank in Cherokee, Texas, will close its doors and transfer the dogs into adoption programs following PETA’s exposé.

PETA celebrates the release of these dear dogs who began life abused at a race track and wound up in a filthy blood bank. PETA will now work hard to get regulations passed to ensure all blood for emergency transfusions comes from real donors, and not from imprisoned, miserable dogs.

The following was originally published on October 10, 2017:

Paul McCartney is on a mission: After a PETA exposé revealed 150 or so greyhounds suffering in squalor at a Texas outfit called The Pet Blood Bank, Inc., the company that distributed its blood products (Patterson Veterinary Supply, Inc.) pledged to support efforts to ensure the dogs’ care. But less than a week later, the company reneged on the pledge, prompting McCartney to send a letter on PETA’s behalf today calling on Patterson’s billion-dollar parent company to step up and help rescue the dogs. 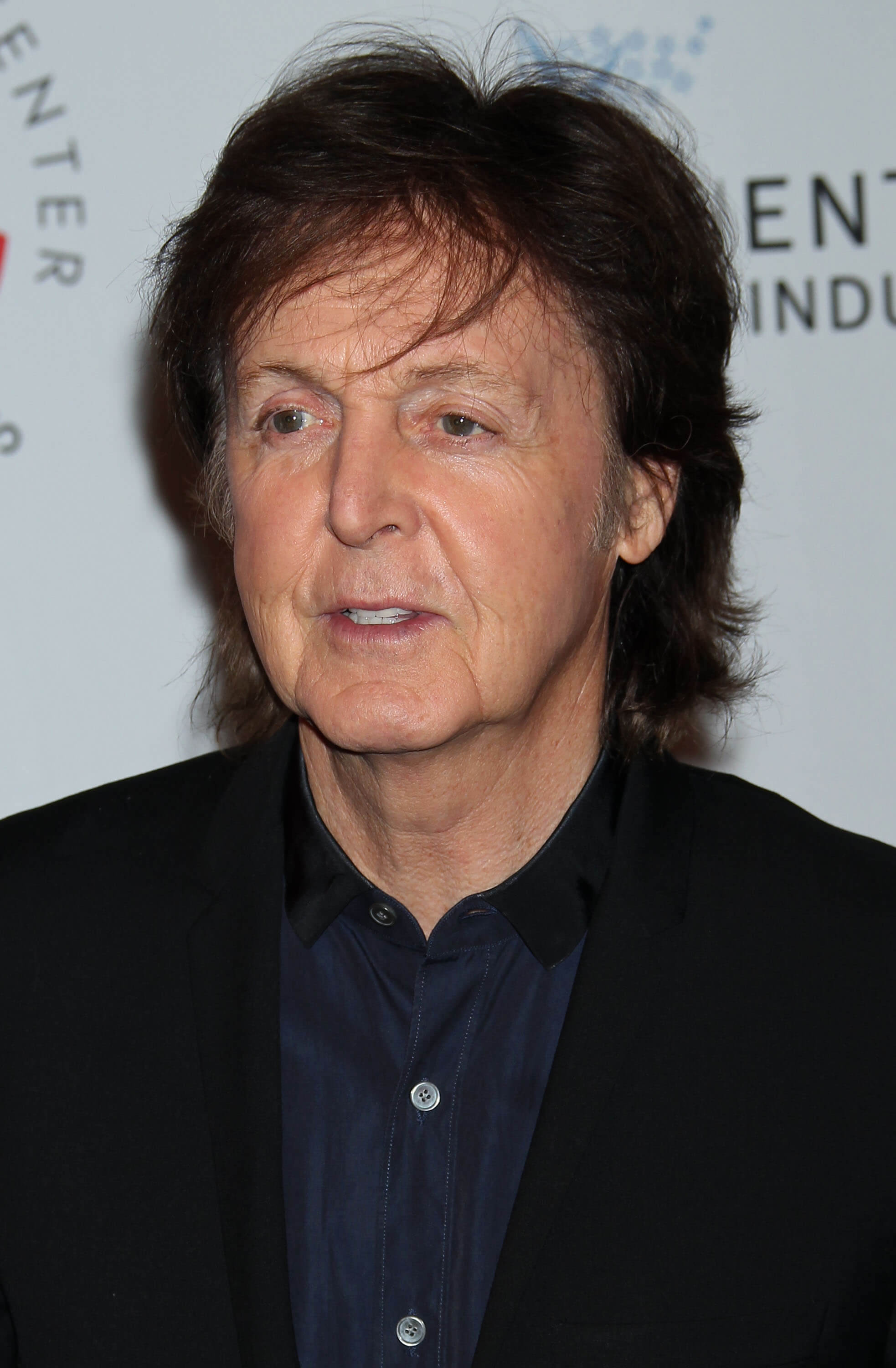 “I have had dogs since I was a boy and loved them all dearly, including Martha who was my companion for about 15 years and about whom I wrote the song ‘Martha, My Dear,'” writes McCartney. “I join my friends at PETA in asking you to pay these greyhounds back, and to let them retire from the dirt-floored, barren conditions in which they are kept isolated and alone.”

Thanks @PaulMcCartney for speaking out! Retweet if you want Patterson Companies to help greyhounds farmed for blood.https://t.co/D4Z0zy0JwT pic.twitter.com/lP6f0gSVIT

PETA exposed that dogs at The Pet Blood Bank were denied veterinary care for severe oral infections, painful and infected wounds, an apparent broken leg, and other health issues. Most canines at the facility are solitarily confined to barren kennels, in which they display severe stress-induced behavior patterns, including pacing, spinning in circles, cowering, and even urinating on themselves in fear when approached.

Since PETA’s exposé was published online and in The Washington Post, more than 110,000 people have urged Patterson to use its resources to secure lifetime care for the dogs, and a mobile billboard has appeared outside the company’s Minnesota headquarters. 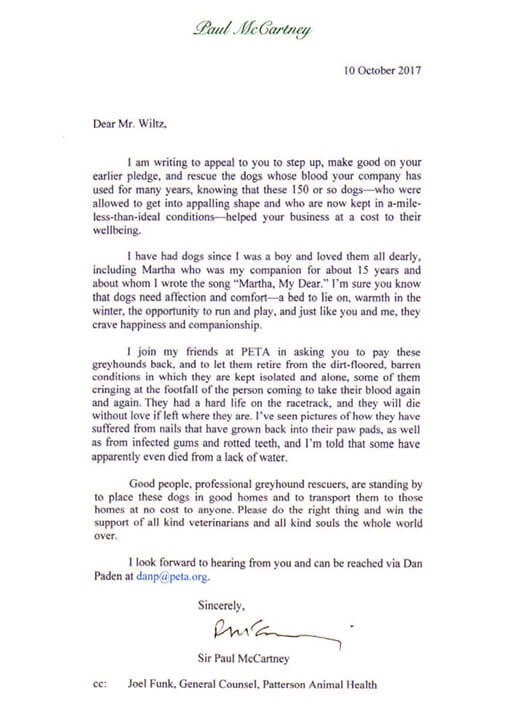 Patterson Veterinary Supply could easily end these dogs’ misery by offering to buy them and send them to reputable greyhound rescues. Urge them to do so today!

URGENT: Discarded greyhounds are being forced to live like this for their BLOOD. Tell @Patterson_Vet to get help to these dogs NOW. pic.twitter.com/I53K40byiv

Click the button below to ask Shane Altizer, who owns and operates The Pet Blood Bank, to surrender all the greyhounds so that they can receive immediate veterinary care. Urge him to accept offers from competent anti-racing rescue agencies to examine, treat, transport, and find homes for these dogs.