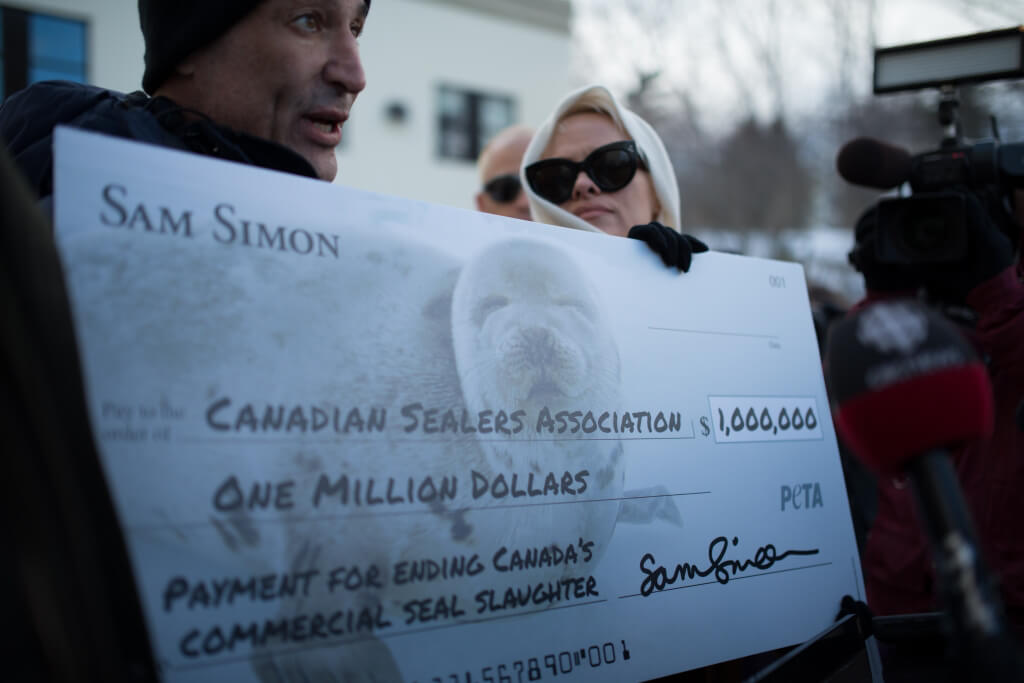 The Simpsons producer and die-hard animal activist Sam Simon may be terminally ill, but that didn’t stop him from jetting to frosty St. John’s, Newfoundland, this week to make an offer he hopes sealers can’t refuse. The television titan joined Pamela Anderson and PETA Senior Vice President Dan Mathews this afternoon to present the Canadian Sealers Association with a colossal million-dollar check, which the association may cash only if it facilitates a government buyout of the faltering commercial seal trade. Details of the offer can be seen in Simon’s full letter.

Simon’s offer comes on the heels of the World Trade Organization’s decision last month to uphold the EU’s ban on seal-fur imports. 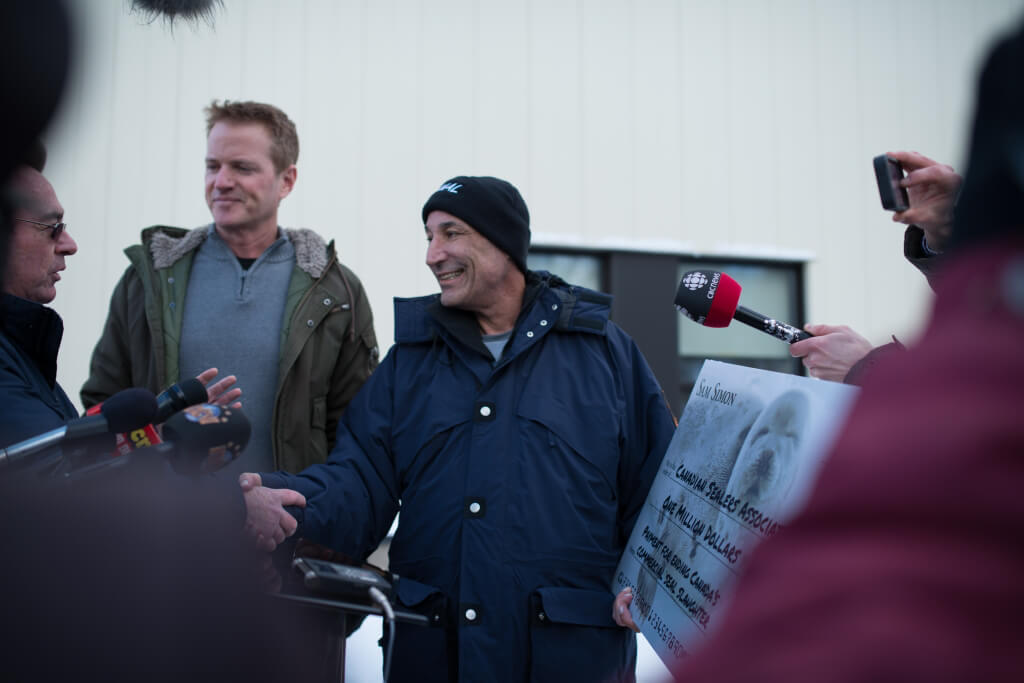 “Unlike recent government seal bailouts benefiting a foreign-owned fur processor, this money would go directly to Canadian sealers,” Simon wrote in a letter that he hand-delivered, alongside Anderson, to Canadian Sealers Association President Eldred Woodford. 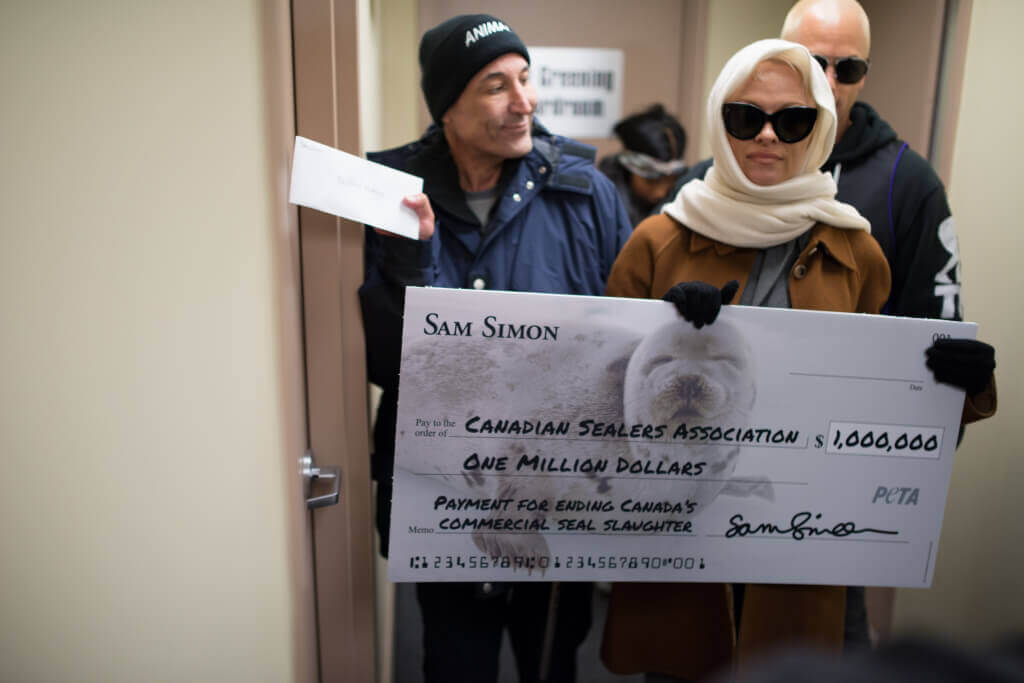 “With bans firmly in place across Europe, Russia, the U.S., and other countries, the writing is on the wall: The seal trade is finished,” Simon continues. “[Y]et Canadian politicians remain too timid to initiate a buyout for fear of upsetting swing voters in eastern Canada—and because they don’t seem to care about individual sealers. That’s why I’m appealing to you as a trade leader to break the ice and prompt a buyout like those that helped asbestos miners, tobacco farmers, and workers in other collapsed industries.”