Angelique Cabral plays an Army sergeant in the upcoming Fox comedy series Enlisted, and just in time for the show’s January premiere, she sat down with PETA to talk about why she wants everyone to “recruit” a lovable dog or cat from an animal shelter.

In her exclusive interview, Angelique tells how she met her adorable adopted mutt, Oscar, on the set of Don’t Trust the B—- in Apartment 23. Oscar was sick, skinny, and scared when Angelique took him home to meet her now-husband, Jason Osborn, but the little pup was an instant hit with the couple, and he has since become an irreplaceable member of their family.

Unlike Oscar, not all animals are lucky enough to have a family who loves them. Every year, 6 to 8 million dogs and cats end up in U.S. animal shelters, and roughly half of them must be euthanized for lack of good homes. But as Angelique points out, “We can help make a dent in that if we all stop buying and start adopting.”

Ready to care for a canine or feline companion? Take Angelique’s advice: Never buy animals from pet stores or breeders, which worsen the animal-overpopulation crisis. Instead, march over to your local animal shelter, where you’re sure to find row after row of eager “recruits” who would love to become a member of your family. 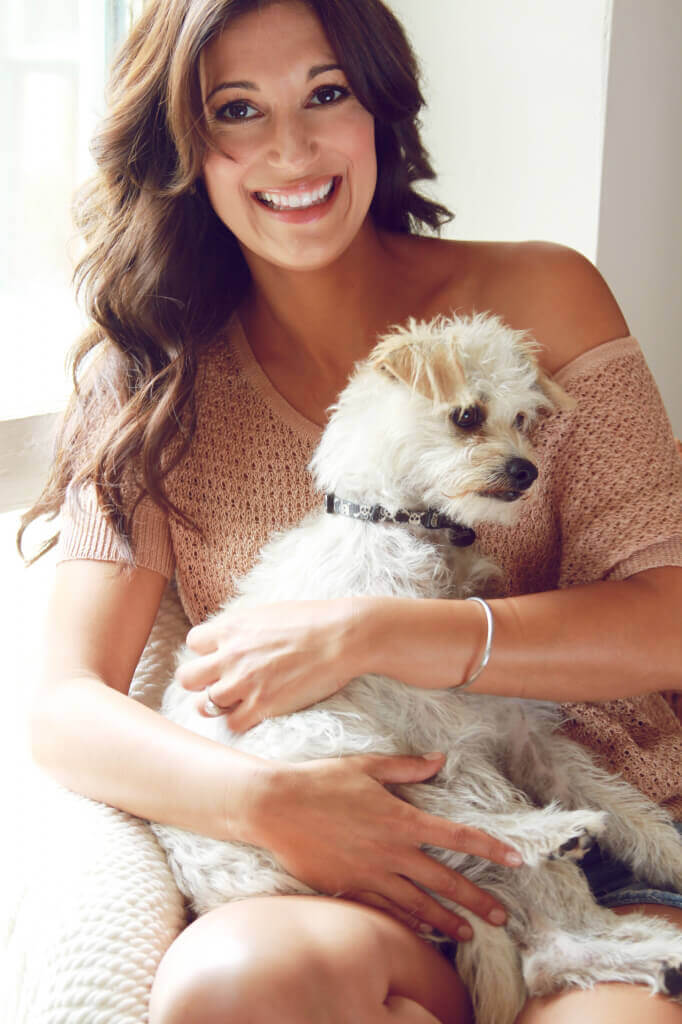