Last weekend marked 51 years since humans abducted Lolita (whose given name is Sk’aliCh’elh-tenaut)—a lonely orca trapped at the Miami Seaquarium—from her ocean home off the coast of Washington state, traumatically separating her from her family. That’s why on August 7, alongside a crowd of PETA supporters protesting Lolita’s prolonged misery, a body painted “orca” plopped into a tiny bathtub in downtown Miami. The arresting visual display reminded passersby that Lolita has now spent more than five decades in the smallest orca tank in the world—an experience akin to confining a human to a bathtub for 50 years.

Check out photos from the protest for Lolita in Miami: 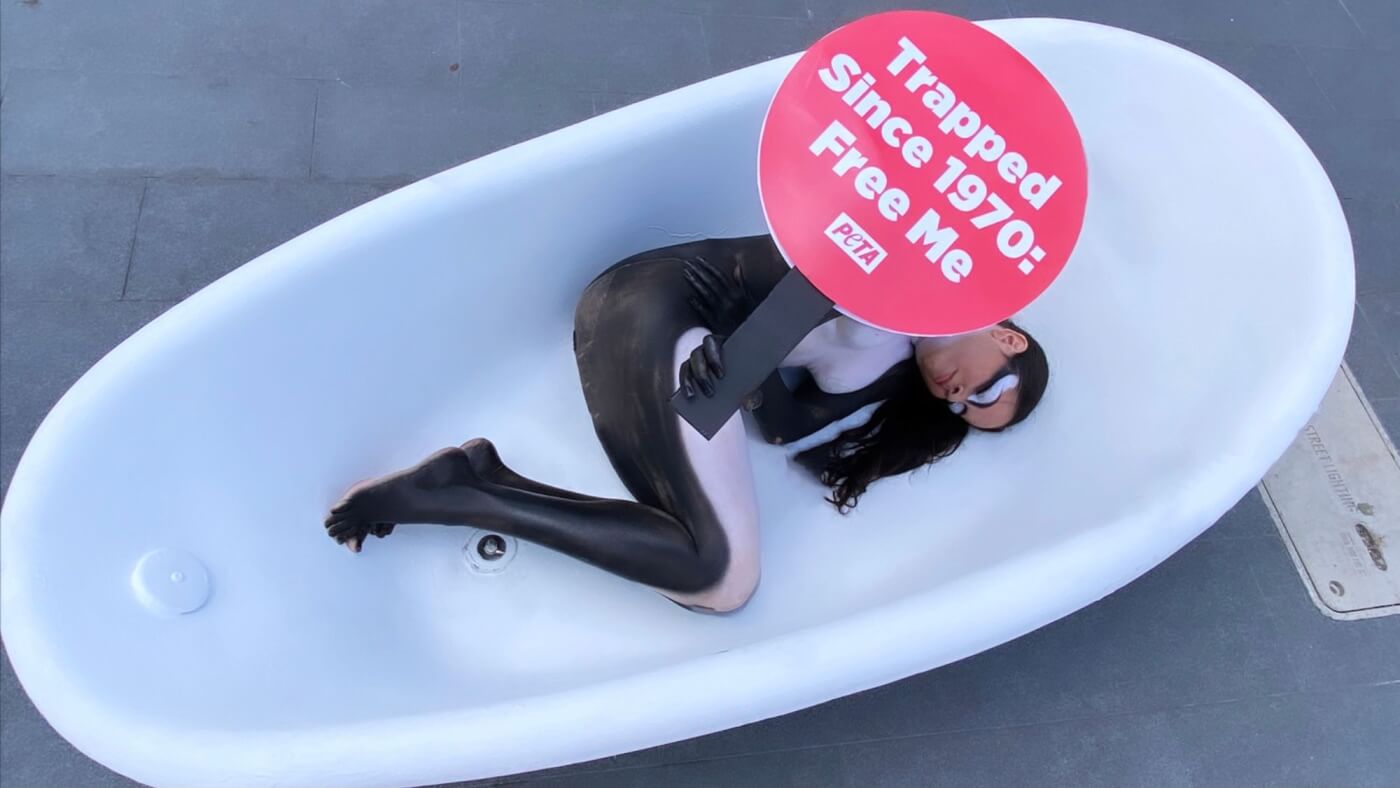 For over half a century, Lolita has been deprived of her family and her home. PETA is calling on the Miami Seaquarium to retire her to a seaside sanctuary where she’d finally feel ocean currents instead of seeing concrete walls. 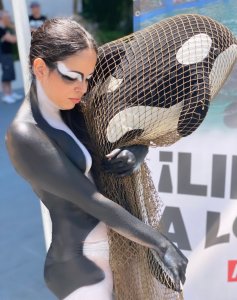 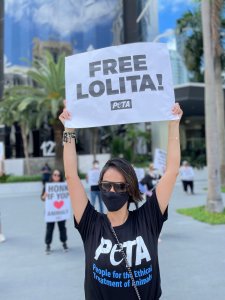 Despite overwhelming evidence that orcas suffer immensely in cramped tanks, the Miami Seaquarium in Florida and Marineland Antibes in France still confine these social, intelligent, and sensitive animals. Did you know that Lolita hasn’t had any contact with another orca since 1980, when her cellmate, Hugo, died after repeatedly ramming his head into a wall?

Holding animals captive for our amusement is a form of speciesism—a human-supremacist worldview—and it must end. Please urge the parent company of the Miami Seaquarium and Marineland Antibes to retire the orcas at both parks to seaside sanctuaries, where they could feel waves, hear wild pods, and finally have some semblance of a natural life: