The Newsroom star and staunch anti-circus activist Olivia Munn knows that in circuses, it’s animals who pay the price, so she’s asking Groupon to stop promoting cruelty with its discounted circus tickets. Groupon is selling out animals who are forcibly taken away from their mothers, have their spirits broken, are kept in chains, and are threatened with beatings if they don’t perform night after night. 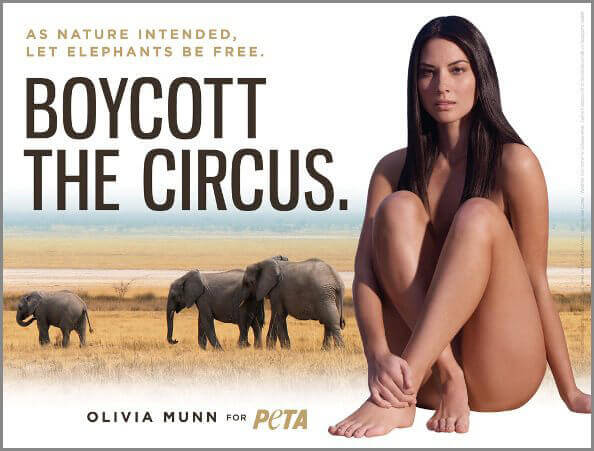 To add insult to cruelty, Groupon claims to promote only circuses with clean inspection reports, but the company clearly isn’t doing its homework. In fact, most of the circuses that Groupon promotes have received multiple citations for violations of even the minimum protections of the Animal Welfare Act.

In her letter, Olivia asked Groupon CEO Andrew Mason to use his company’s position as a mass retailer to influence positive change for animals who are abused by circuses:

You have the power to make a change for the better by halting the promotion of circuses that abuse animals. Such a change would be a powerful example of corporate responsibility, innovation, growth, and compassion.

Join Olivia in asking Groupon to give animals the “deal of the day” by halting promotions of cruel circuses.