Groupon claims it’s all about deals, but it’s giving animals and consumers a raw one. The online discounter has been offering tickets to circus performances, claiming to promote only circuses with “clean [U.S. Department of Agriculture (USDA)] and public record inspection reports from at least the past 2 years.” But if Groupon were actually checking out the circuses it hawks tickets for, it would know that most of them have received numerous citations during the past two years from the USDA for violations of the Animal Welfare Act. PETA has written to Groupon demanding that the company stop misleading customers:

The statements have the potential to mislead the public, and consumers in particular, about Groupon’s sponsorship of circuses and inappropriately influence the compassionate consumer’s choice not to patronize Groupon and the inhumane forms of ‘entertainment’ that it sponsors. PETA demands that Groupon immediately stop misleading the public and put an end to its circus promotions. 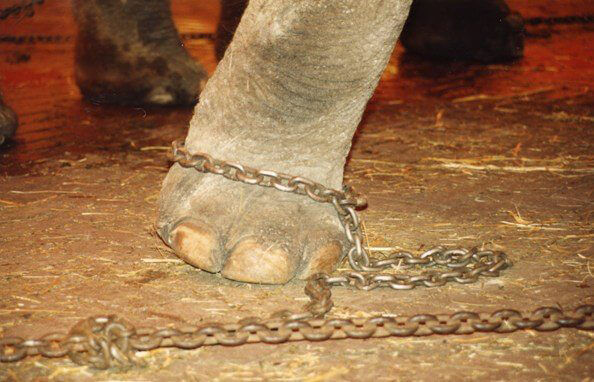 Just a few of the incidents that Groupon is content to overlook include the following:

Tell Groupon to give animals a fair deal and stop promoting abusive circuses to make a quick buck.