Apparently, when you show Twitter and Facebook users video footage of cruel psychological experiments performed on baby monkeys, they take notice. At least, that was the case on Friday, when we posted footage from our National Institutes of Health (NIH) investigation.

The footage is from PETA-obtained videos taken inside a now-closed NIH laboratory in Poolesville, Maryland. It shows cruel and archaic psychological experiments performed on monkeys by Stephen Suomi, which were similar to those conducted in the 1950s, ’60s, and ’70s by Harry Harlow, his predecessor.

And it’s no wonder that the footage has gone viral on social media—it’s heartbreaking.

The videos—for which NIH unsuccessfully tried to charge PETA $100,000—reveal that NIH experimenters terrorized baby monkeys they had intentionally made mentally ill. These animals endured years of frightening and often painful experiments so that Suomi could exacerbate their symptoms of mental illness. The footage depicts only a portion of the abuse that PETA uncovered. 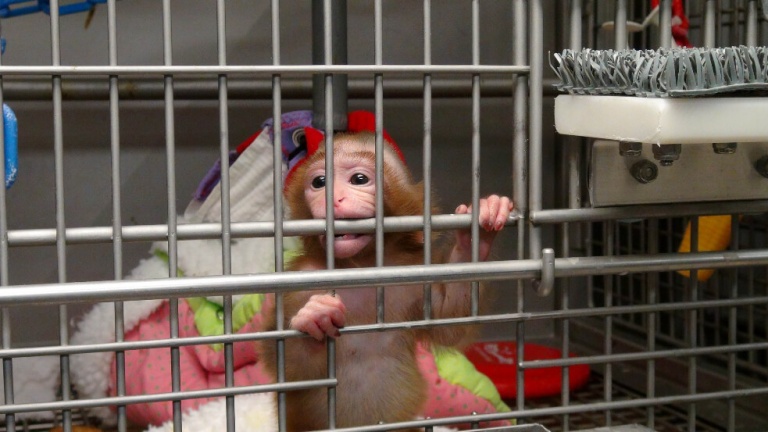 Thankfully, at the end of 2015—following an intensive yearlong PETA campaign—NIH announced that it would end Suomi’s cruel project, which he had led for more than 30 years. His laboratory closed down, thus ending his involvement in animal experiments.

Although we’re grateful for this victory, our work is far from over. NIH spends $12 billion on animal experiments every year. And tens of thousands of monkeys are still imprisoned in laboratories, where they’re usually confined to tiny steel cages—often alone—and are subjected to excruciating experiments before being killed.

A retweet or a Facebook share is great, but taking action is even better. Use the button below to contact your members of Congress and respectfully urge them to help end experiments on monkeys and to support humane, lifesaving, and relevant non-animal research.

Urge Congress to Take Action for Monkeys in Laboratories!