After hearing from PETA scientists and other experts, a report commissioned by the Japanese Food Safety Commission recommends saying “sayonara” to many pesticide tests on beagles. 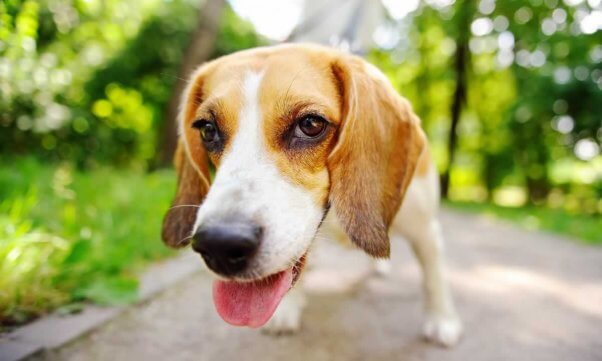 Imagine being locked in a cage and forced to eat pesticide-laced food or to breathe pesticide fumes for a year until you are killed and your body dissected. That is exactly what dogs undergo in a common test. But now, after receiving documentation from PETA scientists of extensive analyses conducted by government and industry experts demonstrating that the one-year dog poisoning test does little to protect people, a report commissioned by the Japanese Food Safety Commission has recommended ending the routine use of this test.

Our scientists pointed out that numerous governments, including those of the European Union, the U.S., and Canada, have eliminated this test from their pesticide registration requirements after discussions with PETA, sparing thousands of dogs annually. The report recommends that the test can be eliminated under certain circumstances, clearing the way for the government to issue revised testing guidelines and join the list of countries that no longer require this year-long test on dogs.

PETA scientists are also in contact with regulatory agencies in other parts of the world to request that they follow suit and are working to end all pesticide testing on dogs and all other animals. Your help will bring us closer to a world in which all animals are regarded as individuals, not lab tools, and in which we’ll look back on archaic pesticide tests on living, breathing beings as part of a painful, dark past.