Update: With urging from PETA scientists, the Environmental Protection Agency (EPA) has just published a new guidance document that will reduce the number of animals who suffer and die in pesticide testing.

Pesticides are subject to a number of animal tests before being approved for market by the EPA. These include dermal (skin) and oral toxicity tests. In one of the dermal tests, toxic pesticides are applied to the skin of rats, rabbits, or guinea pigs to see how much will kill half of them.

When testing pesticide formulations, the EPA has concluded that if data from the oral toxicity test are available, the dermal toxicity test can be scrapped as it provides “little to no added value in regulatory decision making,” according to the new guidance document. By following the guidance document, pesticide companies can avoid conducting the dermal studies under these circumstances. Since 200 to 300 of these tests are carried out for pesticide formulations annually, more than 2,500 animals may be spared every year. 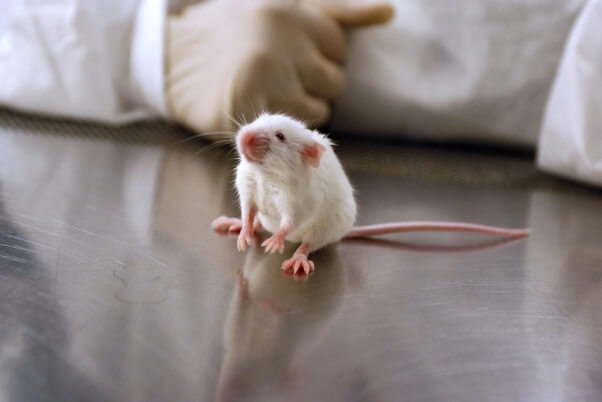 While this latest action is a step in the right direction, PETA scientists will continue to work with the EPA and other governmental agencies to eliminate animal use in pesticide poisoning tests.

In yet another major milestone for animals, the Environmental Protection Agency (EPA) has announced its commitment to reducing the number of animals who suffer in pesticide testing along with the steps that it intends to take to accomplish that goal. The agency issued guidance on the use of non-animal methods and plans to stop requiring that animals be used in tests that subject them to painful irritation and death caused by toxic chemicals absorbed through the skin. It is also exploring ways in which its pesticide testing and classification system can be changed to align with those of other countries, thus ensuring that pesticide companies using non-animal tests in one country won’t have to perform animal tests in another.

This announcement is the result of a partnership among PETA’s scientists, the EPA, industry representatives, and other stakeholders whose goal is to find ways to allow the pesticide industry to submit data from non-animal tests instead of requiring that lethal toxicity tests be performed on animals. PETA will continue to work with the agency to replace all animal tests with humane non-animal approaches.

The EPA isn’t alone in its progress. Earlier this month, following discussions with PETA’s scientists, Health Canada stated that it would end its requirement that year-long tests on dogs be conducted by industry to study pesticide effects. Dogs used in these cruel tests were forced to eat pesticide-laced food or inhale pesticide fumes every day for a year before being killed and dissected. PETA provided evidence that these poisoning tests do not produce data that protect humans. PETA campaigned against these tests in the U.S., and they were ended in 2007.

The discussions with Health Canada began in May 2014. Agency staff acknowledged PETA’s role in focusing attention on the issue and providing information that contributed to this informed, lifesaving decision.

PETA estimates that Canada’s decision will spare hundreds of dogs the ordeal of undergoing these extremely painful and deadly tests. PETA continues to urge Japan and South Korea—which still require the test—to follow the lead of the U.S., the European Union, Canada, and other countries that have made the humane and progressive decision to end year-long pesticide testing on dogs. Of course, we will also keep working to get dogs and other animals out of all pesticide testing, so stay tuned for updates.

After corresponding with PETA, regulatory bodies in countries throughout the world are working to change their requirements that dogs be fed pesticides for a full year in painful and deadly toxicity tests. 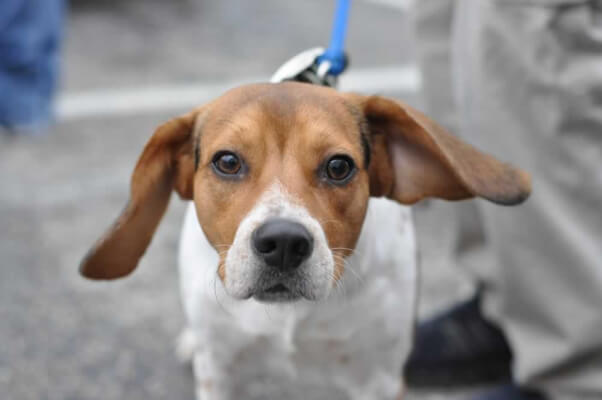 Until recently, most countries required one-year tests in dogs to study the toxicity of pesticides. The dogs are forced to ingest pesticides daily then are killed and dissected. But these cruel year-long tests have been going on for years, and there is an extensive database of results showing that they are of no use. So PETA has been working with government regulatory agencies across the globe to eliminate them wherever possible.

And we’re making great strides. The U.S. Environmental Protection Agency (EPA) and the European Union eliminated the one-year test, and Brazil is asking for public comment on eliminating it as well. Australia will allow companies to waive it, and India and China do not require it. Japan, South Korea, and Canada have agreed to reconsider their regulations.

Next, PETA plans to work with Russia, Turkey, and countries in Southeast Asia. 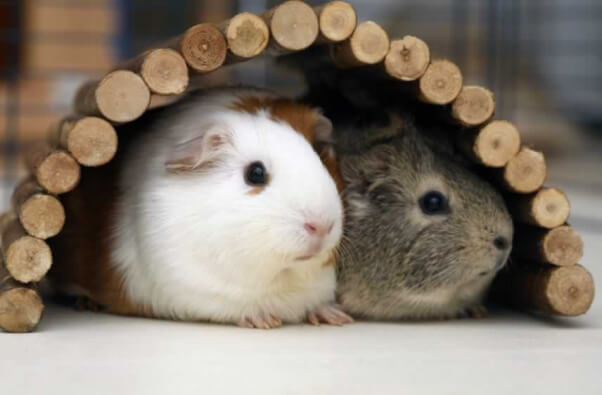 The U.S. Food and Drug Administration (FDA) currently requires companies that manufacture drugs and other pharmaceutical products to test their products on animals in painful experiments. Please ask the FDA to accept superior non-animal methods in place of cruel tests on animals.