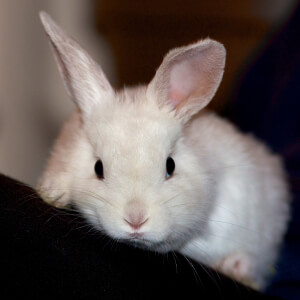 This week, we’re cheering the launch of a startup company that is revolutionizing the drug-development process and could save the lives of countless animals: Emulate, which began in Harvard University’s cutting-edge Wyss Institute for Biologically Inspired Engineering, creates advanced microchips that use real human cells and tissues to construct fully functioning postage stamp–size organs that allow researchers to study diseases and also develop and test new drugs to treat them. This technology can be used to test the toxicity of chemicals, nanomaterials, and other substances and could eventually replace the use of animals for such tests. Check out this video of Emulate’s microchips in action.

The company’s lung chip has already been shown to replicate human physiology, diseases, and drug responses more accurately than crude experiments on dogs and other animals do. Emulate eventually hopes to link multiple chips together to represent each of the human body’s organs so that researchers can study how drugs affect the body as a whole. “We can get a much greater insight into human biology with that; it’s going to be very exciting,” says Emulate Chief Executive Officer James Coon.

Currently, the U.S. Food and Drug Administration requires that every new drug be tested on animals, including rats, rabbits, dogs, and primates, before it moves on to human trials. Not only are these animal tests cruel, they also often produce inaccurate or dangerously misleading results because other species process and react to drugs differently from humans. That’s why a whopping 92 out of every 100 drugs that pass animal trials fail during human clinical trials.

Advanced drug-testing technologies such as Emulate’s have the potential to replace cruel and inaccurate animal testing and to speed up the drug-development process dramatically, all while yielding more accurate results. Emulate’s technology can also be used to test cosmetics and chemicals as well as to predict how individual patients will react to certain drugs by exposing some of their cells to the substance in order to test for a reaction. According to Roger Kamm, a professor of biological and mechanical engineering at Massachusetts Institute of Technology, “This is going to revolutionize how pharmaceutical companies screen for drugs.”

Emulate’s brilliant invention is further proof that we don’t need to harm animals in order to advance human health.