Anyone who caught Morrissey’s recent show at London’s 20,000-seat O2 arena probably hadn’t missed the fact that our longtime PETA pal … Never. Eats. Meat. He did write a song about it, after all. But if people thought they could sneak a meaty snack from the concession stands, they found out that no pigs’, cows’, or other animals’ corpses were for sale. 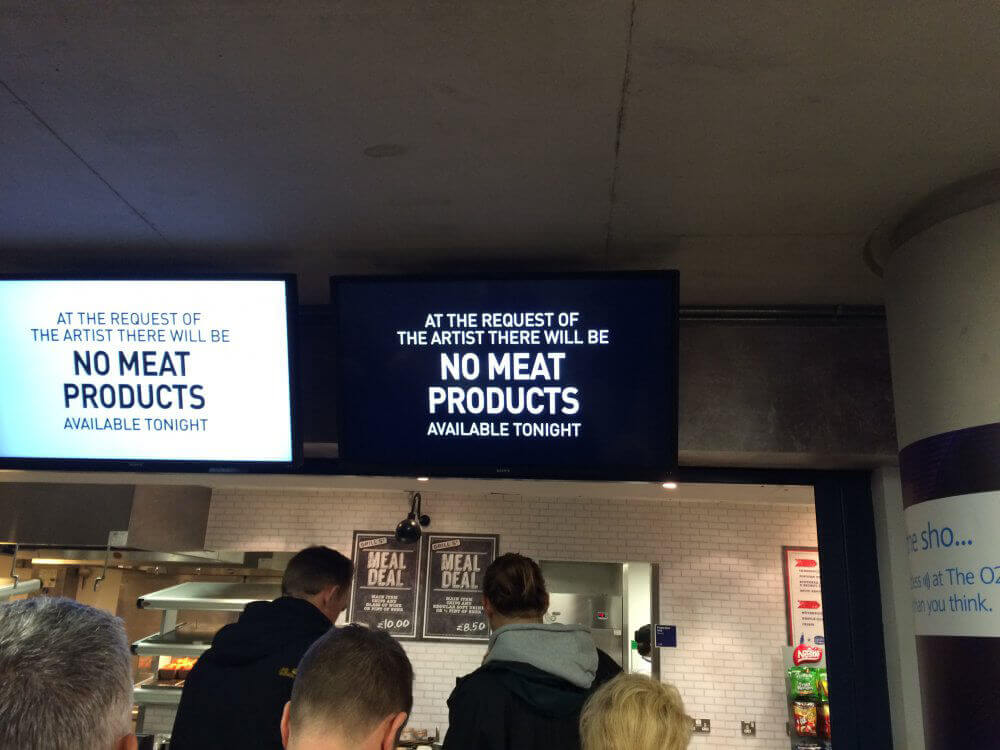 Of course, considering that Morrissey always shows PETA’s slaughterhouse footage at his sold-out concerts while performing “Meat Is Murder,” animal flesh probably would have made people puke.