Air France is still shipping primates to laboratories—and it’s the only remaining major carrier in the world that’s willing to accept the laboratories’ blood money. So PETA’s “monkeys” are still protesting and disrupting Air France’s publicity events, of course. 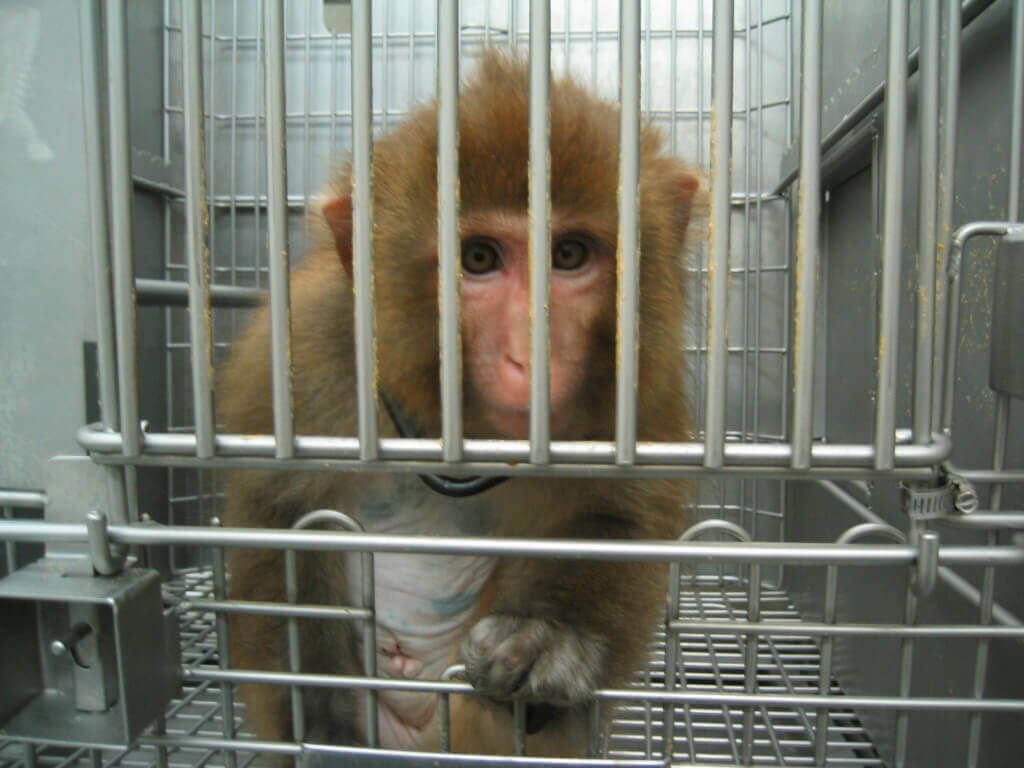 On Friday, Air France held a contest in New York City called “Instant Takeoff,” in which hundreds of people arrived with their bags packed, hoping to win an instant trip to Paris. But PETA’s costumed “monkey” was there to ask to be shipped somewhere else: back to the home she was stolen from. She walked down the line of attendees bearing a sign that read, “Air France: Stop Shipping Primates to Labs,” accompanied by an animal advocate who handed out leaflets about Air France’s cruelty. But the real protest came once the event started.

Three PETA supporters got inside the event, and just as an Air France executive started to speak, one woman jumped onstage and began telling the audience how Air France exploits primates for profit. Two “monkeys” also hopped in front of the stage holding more Air France posters. Police grabbed all three activists and ejected them from the event. The woman who disrupted the speech was bruised, but bruises won’t deter these activists from trying to help other primates.

Another PETA supporter shot this video of the protest:

Add your voice to the chorus and let Air France know that you won’t fly while primates die.