We think Seattle is one of the coolest cities in the U.S. because of its Space Needle, Pike Place Market, and phenomenal vegan restaurants—and we love the cool underground network that made up the original city before the one we know today was built on top of it.

Right there in the same city is another sort of underground network—but instead of being a neat place where you can take a guided tour, this one is kept private, even though it’s funded by millions of our tax dollars.

Why are these monkeys kept in such wretched conditions? Because they’re used in experiments, such as those in which infant monkeys are deprived of their mothers, baby monkeys in utero are deliberately asphyxiated just a week before birth, holes are cut in monkeys’ skulls and electrodes are inserted into their brains as they sit for hours in restraint chairs with their heads affixed with a bolt, and their entire bodies are irradiated—all without Seattle residents knowing that these atrocities are being committed right under their noses. 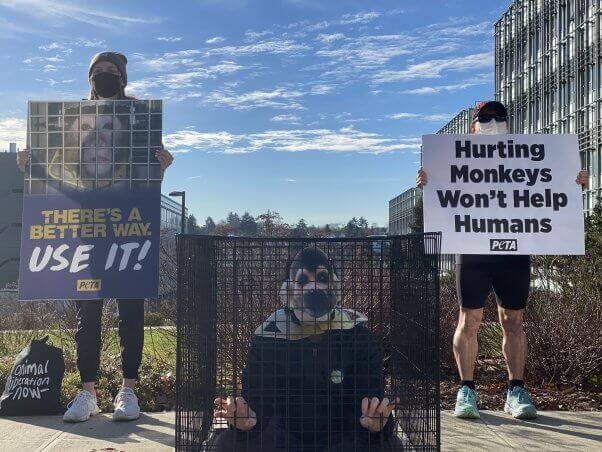 Just steps away from UW’s underground primate center, more than two dozen protesters wearing lifelike monkey masks—some confined to cramped, barren cages much like those in which monkeys at the WaNPRC spend their entire lives—chanted and held signs demanding its closure.

These experiments and the ways these monkeys are treated are medieval and clearly aren’t helping anyone—monkeys or humans. We don’t need to deprive babies of their mothers to know that it will make them depressed.

Experimenters in charge of looking after these animals have let them choke to death on their own vomit. Others have strangled to death or been mauled by other monkeys.

Experimenters at the WaNPRC have proved themselves to be incompetent, careless, predatory, and otherwise cruel. They have virtually nothing to show for their six decades of carnage except for a long history of violations of the federal Animal Welfare Act. Asking for the facility to be shut down isn’t asking too much. In fact, after pressure from PETA, Harvard University shut down its New England National Primate Research Center in 2015 after weighing its multiple animal welfare violations, the difficulty of keeping monkeys in laboratories, and the future of its research priorities. UW needs to follow Harvard’s lead and shut down the WaNPRC immediately. 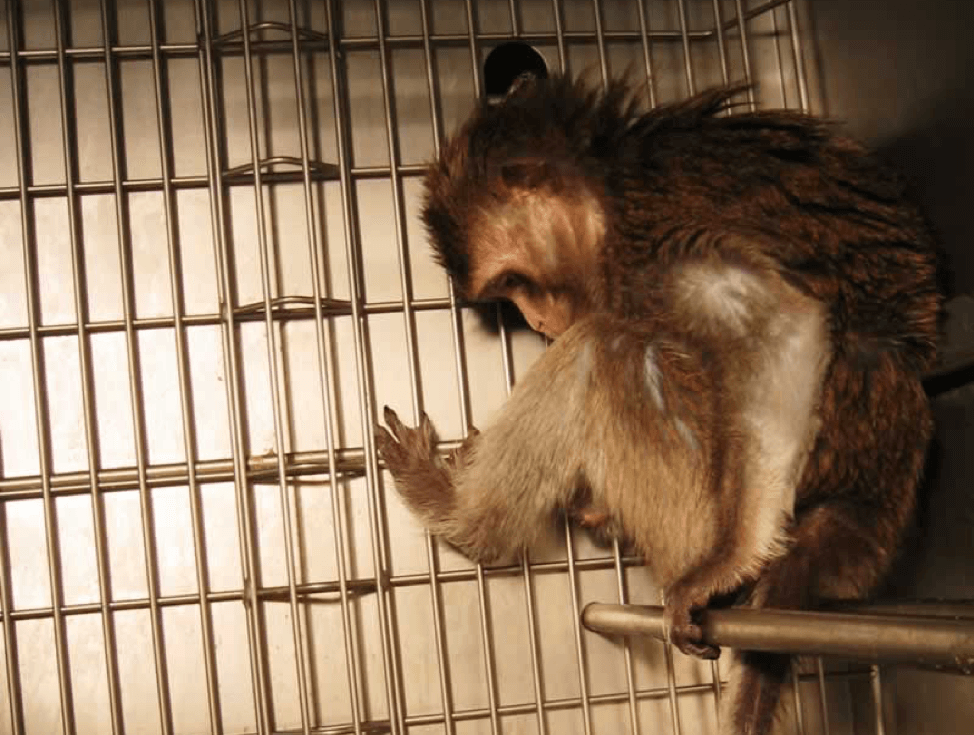 Monkeys used for experiments are often housed inside small, virtually barren cages for their entire lives, deprived of everything that’s natural and important to them.

In 2019, 1,053 monkeys were imprisoned, experimented on, and neglected at the WaNPRC’s three facilities. Despite the inaccurate, wasteful, and cruel nature of animal experiments, UW received more than half a billion dollars from NIH last year alone.

In their natural homes, monkeys live in large family groups. Female macaques stay with their mothers their entire lives, and males stay with them for several years. They play, eat, and explore together. Monkeys have learned to use cameras and iPhones to look at themselves, because they’re self-aware. They’re also empathic—unlike the speciesist humans who torment them—often risking their lives to help others.

Everyone knows that monkeys are smart, sensitive, social animals, and their desire to be left in peace rather than harmed, experimented on, and killed is as real as yours. Monkeys can experience pain, suffering, joy, and fear, just as humans can, even though their physiology is quite different—making experiments on them (or on any other species besides our own) meaningless to human health.