During a conference held by Friends of Toki in Miami this week, the CEO of The Dolphin Company—the new owner of the Miami Seaquarium, where the long-suffering orca Lolita (aka Tokitae, Toki, or Sk’aliCh’elh-tenaut) is kept in a tiny tank—confirmed that he is open to the idea of releasing Lolita to a seaside sanctuary. This confirmation follows The Dolphin Company’s partnership with Friends of Toki as well as a massive PETA campaign that raised awareness of Lolita’s plight and led tens of thousands of people to call for her release into a more natural environment.

PETA is glad to hear that The Dolphin Company is still committed to working with experts to assess Lolita’s wellness and whether she can be relocated safely. If she’s able to recover from her ongoing health issues, which include a long-standing respiratory infection, we’d be happy to see her finally enjoy a more spacious habitat where she could feel ocean currents. 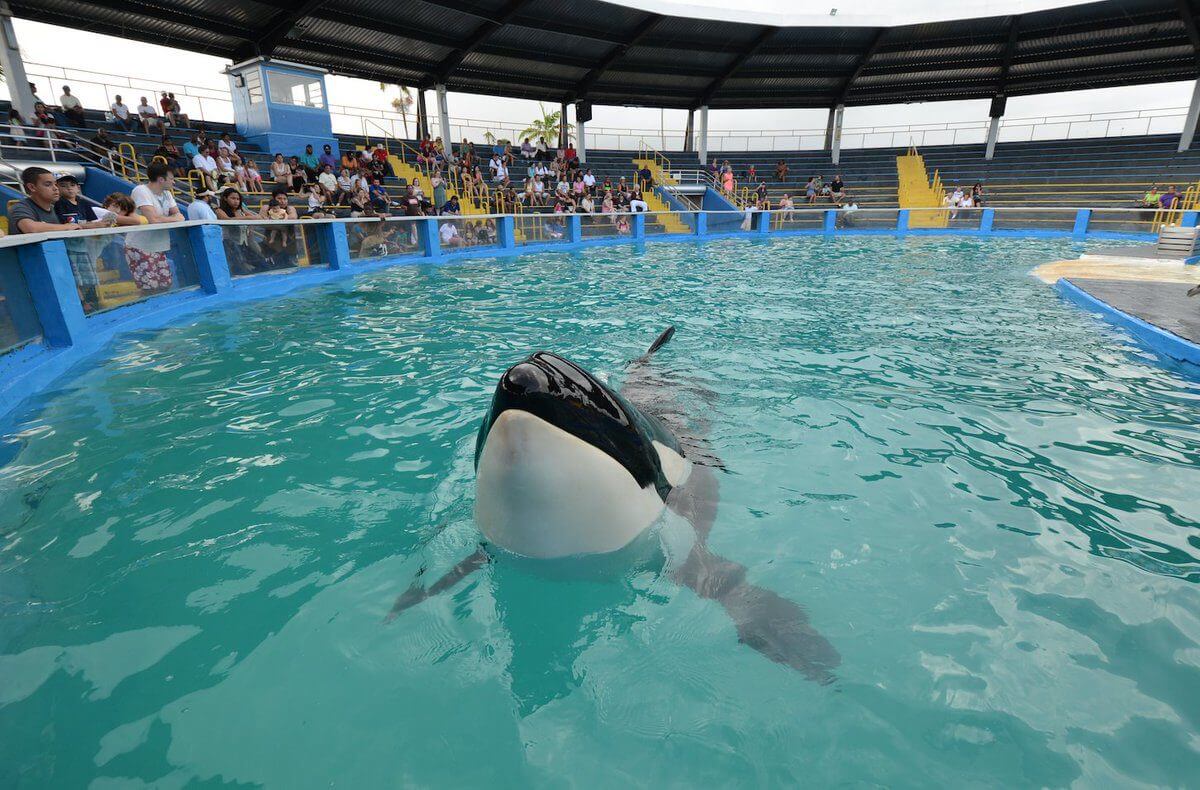 Earlier this year, the Miami Seaquarium finally stopped forcing Lolita to perform and closed her tank to the public, but she remains imprisoned there—in the world’s smallest orca tank.

Help Dolphins at the Miami Seaquarium

A federal inspection report revealed that, among other problems, Miami Seaquarium staff reduced dolphins’ food intake by up to 60% to ensure that they stayed hungry, while at the same time forcing the emaciated animals to perform even more, causing them to attack trainers and bite members of the public. This followed a damaging report last year that revealed a slew of animal welfare violations at the facility, including holding incompatible dolphins together who ended up dying from trauma and feeding animals rotten fish.