For the third year in a row, PETA friend and longtime vegan Scott DeFusco set out to run the Boston Marathon barefoot—and he had a goal of raising $20,000 by the time he reached the finish line.

Then the COVID-19 global pandemic hit.

The Boston Marathon, traditionally held on the third Monday in April, has been postponed, leaving Scott disappointed that he can no longer compete to raise awareness of the plight of chained “backyard dogs” and to raise funds for PETA’s fieldworkers.

But while plans change, Scott’s dedication to saving sensitive, vulnerable animals remains steadfast. He still wants to hit his fundraising goal by April 20 and hopes to run 26.2 miles barefoot on that day—solo, as long as it’s safe to do so. So far, he’s raised over $18,000!

Scott has run everything from 5Ks to ultra-marathons, which can sometimes require 24 hours or more of continuous running. He’s gone barefoot in frigid temperatures, heavy rains, and soaring heat. But for him, the misery is always temporary. For chained dogs, suffering fills every minute of every day. 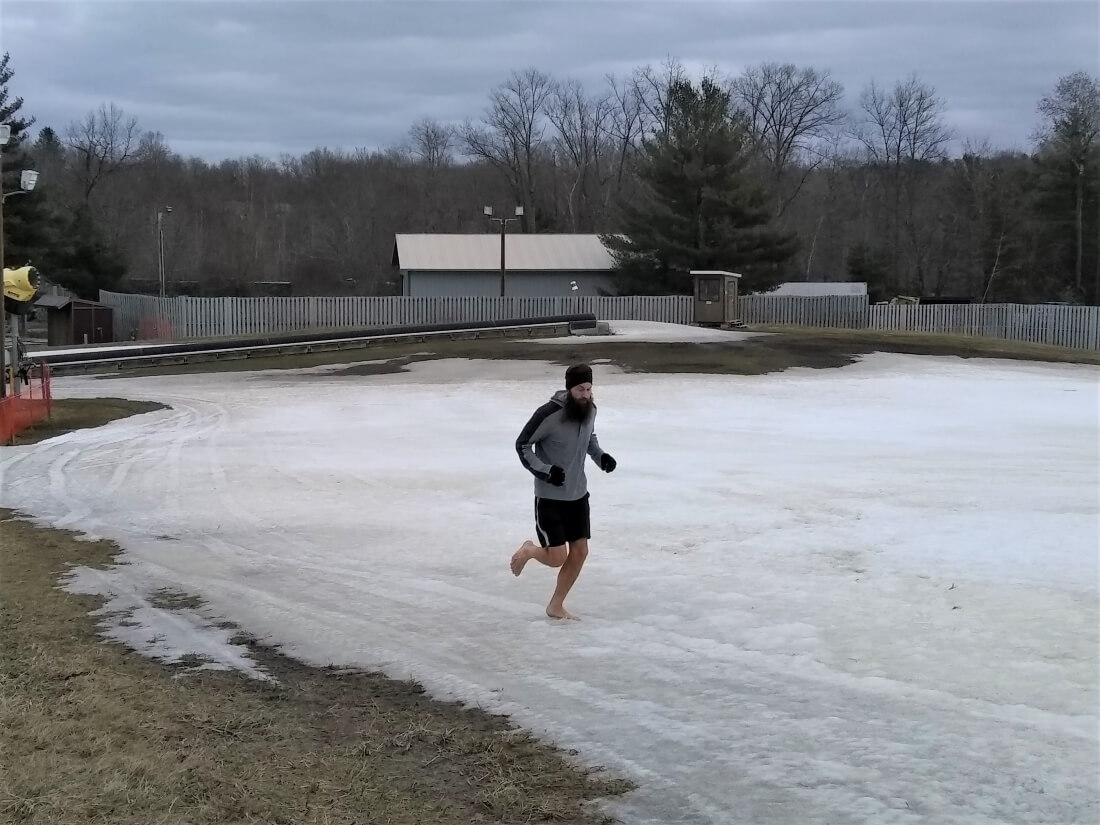 “I’m choosing to be uncomfortable for this fundraiser, but dogs who are forced to live chained outside in the extreme heat or cold don’t get to choose,” Scott said about his run. “This is my own small way of helping PETA tip the scales in favor of the animals who desperately need us.”

As most of us adjust to isolating in our homes, countless “outside dogs” are languishing on heavy chains, hoping someone will welcome them indoors as part of a loving family.

Dogs have their own emotions, and they’re exceptionally perceptive to those of humans. Recent research shows that dogs were more likely to approach a crying human submissively than one who was humming or talking, indicating that dogs possess an innate understanding of suffering. All they want is to be a part of the pack indoors.

“[PETA’s] field team in particular is really inspiring to me,” Scott told us. “The things they have to witness and work around just takes a very special type of person. It’s very humbling, what they do.”

Every day, our field team comes face to face with “backyard dogs” and other lonely animals who are emaciated, riddled with diseases and parasites, injured, and struggling to survive in almost unimaginably harsh, filthy conditions. Many suffer from frostbite and exposure, become dehydrated when water bowls ice over, and die. In the summer, they’re at risk of dying from agonizing heatstroke. 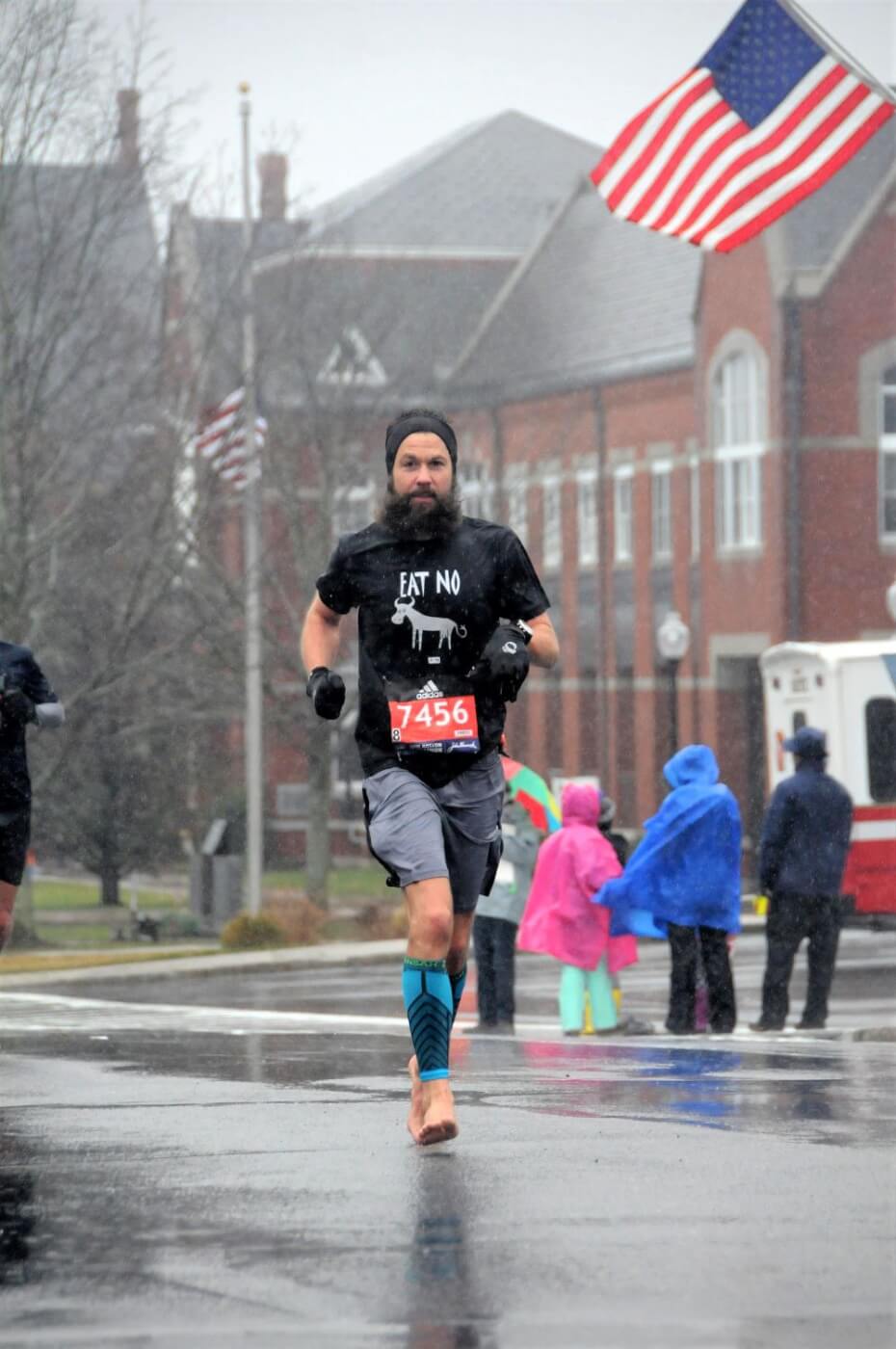 These often forgotten individuals—many of whom have never known a kind word or touch—rely on our fieldworkers to provide them with the basic necessities of life. Often, they’re the only humans in an animal’s life to give them adequate shelter, basic preventive medical care, much-needed affection, and clean water and regular food. 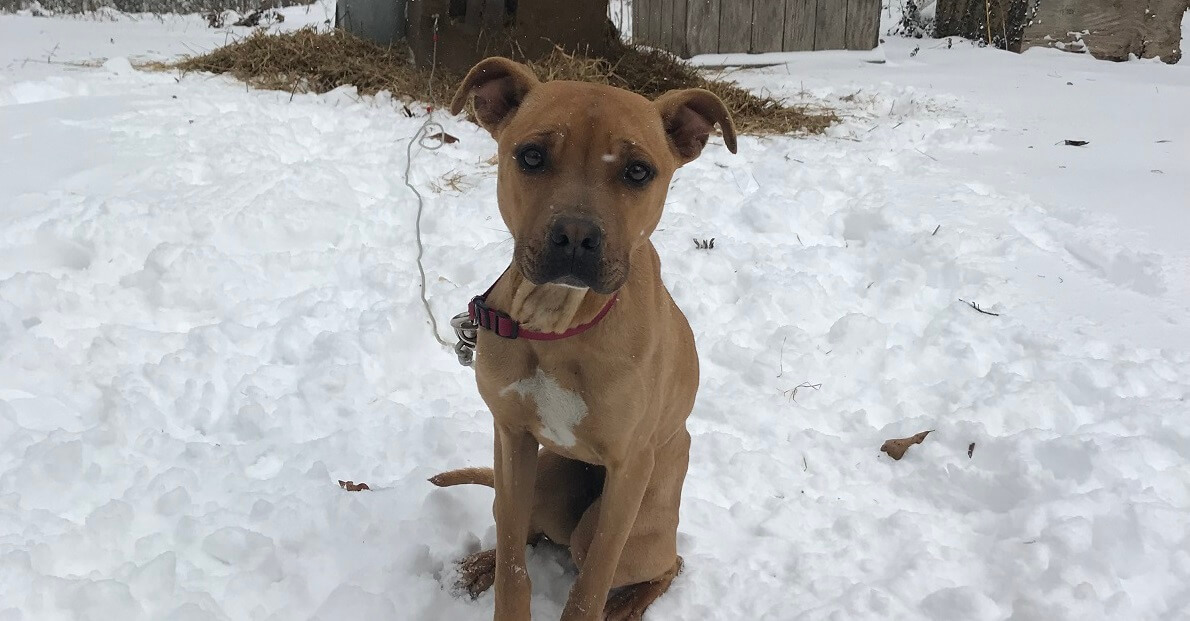 Without a doubt, Scott deserves accolades for grabbing folks’ attention with his own unique (and darn-near superhuman) way of saving animals’ lives.

“What you buy, what you wear, what you eat, and the companies you support—I think everyone should spend some time and look intently at these areas if they haven’t yet and make gradual changes that will eventually add up to something much greater.”

We could all use some uplifting news right about now. Share Scott’s story with your friends and family, and if you can, please consider donating to his cause by clicking on the button below!