For at least three long years, Nigel’s “home” was a dark, waste-filled, and dank garage in Hampton, Virginia. Chained to a wall, the dog was never let out of the garage—ever—and was forced to live amid his own urine and feces. 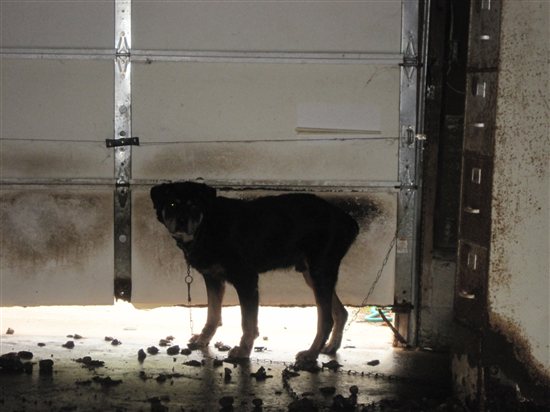 The chain had become rusty and corroded after years of being dragged through his waste, and his feet were covered with sores and urine burns. His eyes oozed pus, probably from irritation caused by ammonia fumes from the urine-covered floor. 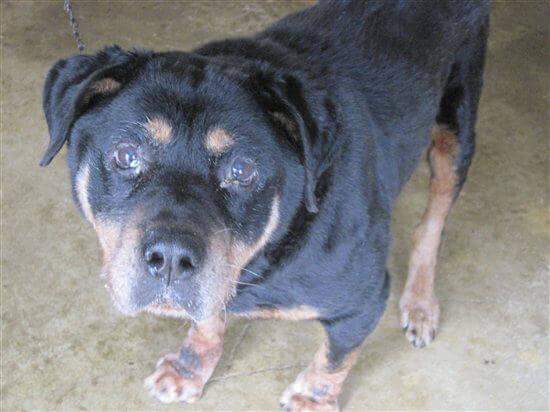 After the home was foreclosed on, Nigel’s owner moved out—but Nigel was left behind. His owner stopped by occasionally to dump some kibble into a plastic tub. A compassionate neighbor alerted PETA’s Community Animal Project to Nigel’s plight, and our fieldworker, finding the elderly dog surrounded by pools of urine and piles of feces, unable to reach his food, and with only brackish water to drink, immediately got permission to free him from his prison and swore out cruelty charges. After taking Nigel outside to give him some food, she realized that his back legs were so atrophied from lack of exercise that he could barely stand.

Because of Nigel’s advanced age, his many serious medical problems, and his having gone mad from years of solitary confinement in what was essentially a filthy, stinking cave, it was decided that this terrified old fellow had endured enough, and he was euthanized to end his suffering. 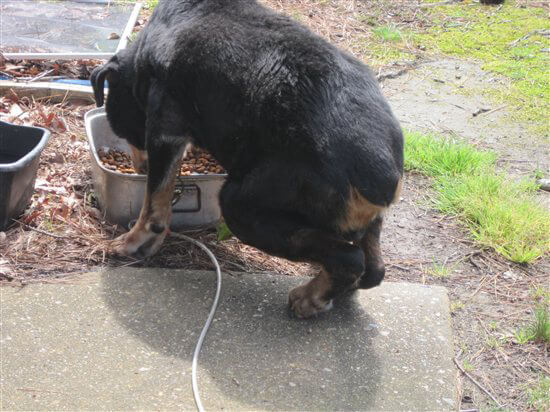 This week, Nigel’s owner went before a judge. After seeing the photographic evidence that PETA’s fieldworker had provided of Nigel’s horrific living conditions, the man pleaded guilty. The judge sentenced him to 90 days in prison but suspended the jail time as long as he stays out of trouble. He was also ordered to reimburse PETA for Nigel’s medical care and, most importantly, was prohibited from ever owning animals again.

If you ever suspect an animal is being abused or neglected, alert the authorities right away. Your call could free an animal like Nigel from solitary confinement and get his or her owner sentenced to jail instead.