Hollywood mega-star Leonardo DiCaprio is investing his money in the future—the “future of protein”— with Beyond Meat. The Oscar winner made headlines this week when he joined Bill Gates, Tyson Foods, and even a former McDonald’s CEO, when he backed the plant-based meat company.

Beyond Meat, PETA’s 2013 Company of the Year, has thrilled flesh-eaters and vegans alike with its line of delicious cruelty-free meats. In the last year, the company began selling its Beyond Burger, which contains a whopping 20 grams of protein, is free of hormones and cholesterol, and actually “bleeds” when you cook it.

Companies like Beyond Meat know that a plant-based future is the only sustainable future for our world—factory farming is the single largest driver of climate change, a fact highlighted in many movies Leonardo DiCaprio produced, including Cowspiracy, A Plastic Ocean, and Before the Flood.

Also, in case you missed it, the last third of his most recent Oscar acceptance speech was dedicated to the fight against climate change. Of course even before Leo won an Oscar for his acting, he had been a vocal environmental activist for most of his adult life. 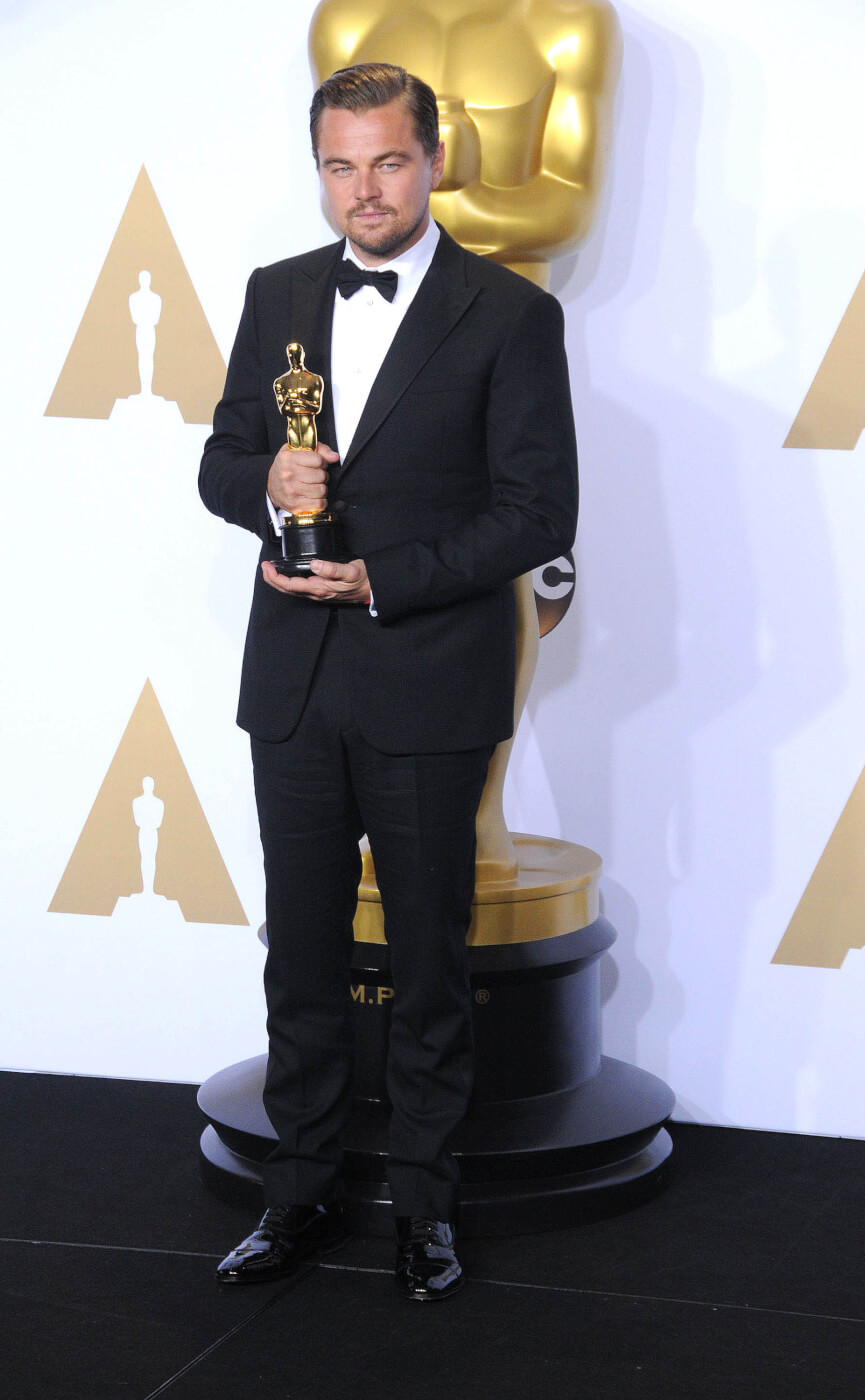 According to the United Nations, a global shift toward vegan lifestyles is vital if we are to combat the worst effects of climate change. It takes an enormous amount of water to grow crops for animals to eat, and give animals water to drink. Animals raised for food in the U.S. produce many times more excrement than does the entire human population of the country. It takes almost 20 times less land to feed someone who eats plant-based (vegan) than it does to feed a meat-eater since the crops are consumed directly instead of being used to feed animals.

As a financial backer of Beyond Meat, Leo is acknowledging unequivocally that the future is vegan.

Proud to invest in plant-based @BeyondMeat as livestock production is a major driver of carbon emissions. Learn more https://t.co/sLnsC97Af8 pic.twitter.com/6Zf5CJvnJZ

The good news is that it’s easier than ever to switch to an Earth-friendly vegan lifestyle. It won’t be long before you’ll likely see an improvement in your health, and your conscience will be lighter knowing that you are doing your part to help the environment and animals.

Also, you don’t have to be an investor in Beyond Meat to appreciate how delicious it is!