Great news! The Los Angeles City Council has passed the ban on selling dogs, cats, and rabbits from breeders and puppy mills in pet stores. Those stores will now be required to adopt out homeless animals from shelters instead.

This is a heaven-sent victory for homeless animals in the City of Angels—let’s hope it inspires more compassionate decisions across the country!

Los Angeles may soon take a huge stride toward reducing the number of homeless animals—the City Council is expected to vote soon on a measure that would ban pet stores from selling dogs, cats, and rabbits obtained from any source other than an animal shelter or rescue group. The proposed regulation has already been endorsed by the Los Angeles Times editorial board.

The Sun Is Setting on Breeding

PETA, at the forefront of efforts to curb animal homelessness and overpopulation—by offering low-cost to no-cost spaying and neutering, promoting adoption, and discouraging people from buying animals from breeders and pet stores—is understandably psyched about the possibility of the country’s second-largest city taking such a major step toward ending animal homelessness.

If the proposal passes, Los Angeles will join a growing number of cities that are showing that they’re serious about stopping the animal homelessness crisis—and the cruel puppy mills that fuel it—by putting laws in place to block animal sales in pet stores. 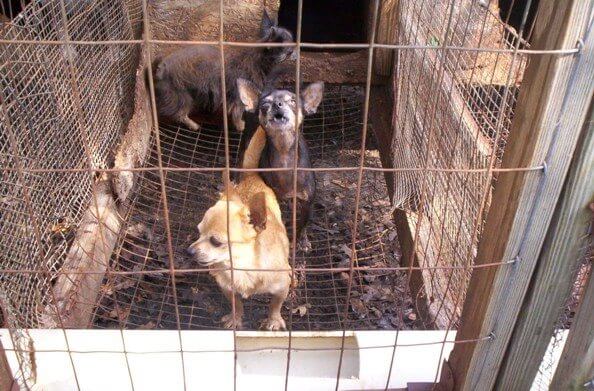 If you live in L.A., please politely ask your councilmembers to vote in favor of the proposed ordinance. And if you live elsewhere, urge your city council to pass a law to protect animals from the cruelty caused by their breeding.