Katherine Heigl loves Utah so much that she chose the state as the site of her 2007 wedding and later purchased a home there. But when Utah lawmakers proposed an “ag gag” bill that would make it a crime to shoot video on factory farms, Heigl wanted to let lawmakers know that kind citizens like her would not support it. 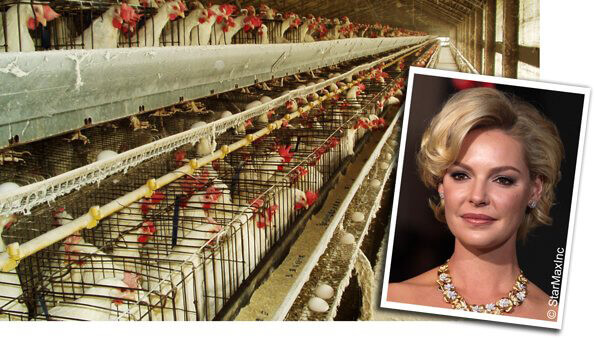 She penned a letter on PETA’s behalf to Utah’s state senators urging them to squelch House Bill (H.B.) 187 and allow people to continue to obtain video evidence of animal abuse so that authorities can prosecute the offenders.

As animals cannot defend themselves, the public must maintain its right to document illegal cruel practices in order to alert law enforcement to [their] existence. In 2008, my friends at PETA went undercover at a major pig farm in Iowa that supplies Hormel and found that workers were beating pigs with metal rods and jabbing clothespins into their eyes; one employee was even caught sexually abusing a pig with a cane. Because of this investigation, six workers were charged with a total of 22 counts of livestock neglect and abuse, and all of them admitted guilt. PETA worked hand in hand with local law enforcement to achieve these convictions, for which the undercover footage made the sheriff’s job much easier. Please don’t impede law enforcement by passing this terrible bill.

Cloris Leachman has already asked Utah lawmakers to dump the bill, which is on very shaky constitutional ground. Last year, when similar “ag gag” bills cropped up in Florida, Iowa, Minnesota, and New York, animal advocates defeated them, thanks in part to the work of kind folks like Cloris and Mary Matalin.