Last year, PETA and other animal advocates successfully defeated “ag gag” bills in Florida, New York, Minnesota, and Iowa. Now, another “ag gag” bill that would make it illegal to shoot video on a factory farm has just passed in the House of Representatives in Utah. And once again, we’re fighting back against this unconstitutional measure. 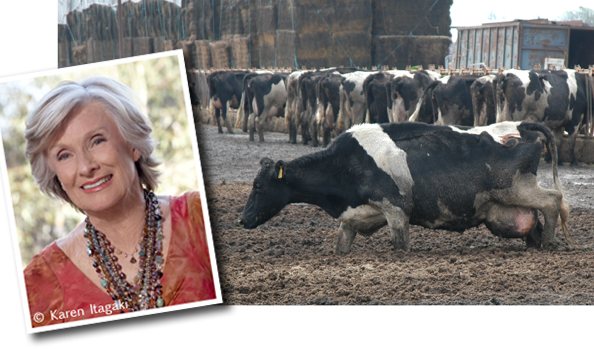 Flush from her success in her home state of Iowa, Raising Hope star and longtime animal advocate Cloris Leachman penned a letter to Utah lawmakers on PETA’s behalf urging them not to block people from gathering the evidence needed to prosecute animal abusers

I hope that Utah legislators recognize that with consumer demand for better treatment of animals, they must work to enforce and strengthen laws, not penalize those trying to expose cruel and illegal practices. Citizens’ right to document cruelty to animals—wherever it occurs—is crucial in helping local, state, and federal officials enforce anti-cruelty laws.

Every PETA undercover investigation of factory farms has yielded evidence that workers were abusing animals. We recorded workers who sexually assaulted a pig with a cane, stomped on a turkey’s head until her skull exploded, and spit tobacco into chickens’ eyes and mouth. This indisputable proof of abuse is key to securing historic charges against and convictions of such abusers on cruelty-to-animals charges.