Mexican superstar Kate del Castillo, named one of the “25 most influential women” by People en Español, is just as fierce off-screen protecting animals as she is on-screen in her Telemundo hit La Reina del Sur and in the upcoming thriller No Good Deed. Yesterday, she urged all guardians to be their animals’ biggest defender when she unveiled her new PETA ad, which reads, in Spanish, “Fiercely Protect Your Animals.” 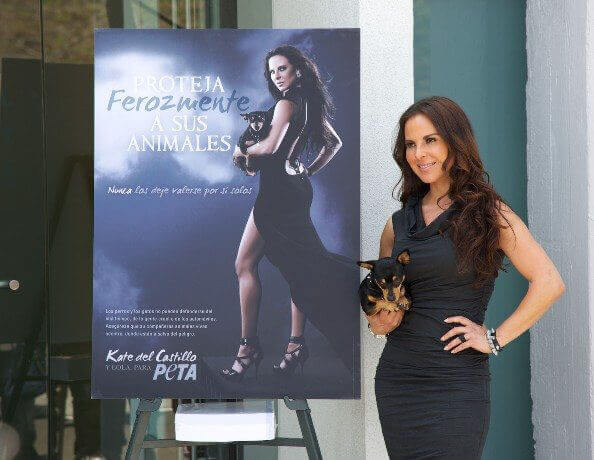 As Spanish and English-speaking media swarmed around, the upbeat crowd got their own miniature versions of Kate’s ad to take home, complete with dog-care tips on the back, including advice to spay and neuter and never leave animals to fend for themselves. 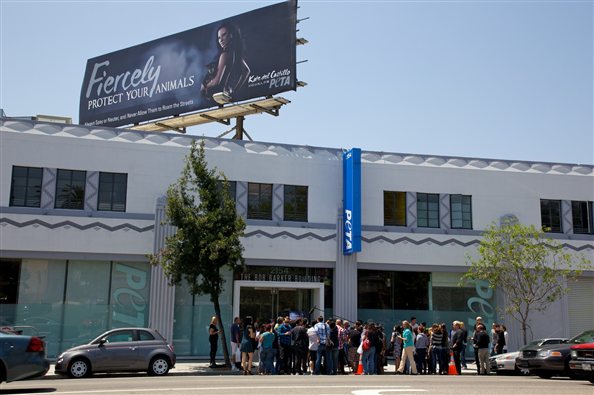 And since May 10 is Mother’s Day in Mexico, as well as the adoptiversary of Kate’s rescued dog, Lola, it was the perfect day for Kate and Lola to celebrate their relationship by fostering other mother-dogter bonds.

Enter to win an autographed copy of Kate’s ad!