After obstructing Tonka the chimpanzee’s transfer to an accredited sanctuary, Jerry Aswegan is still endangering exotic animals and the public. PETA just got access to U.S. Department of Agriculture (USDA) documents from July citing his business, A–Z Exotic Animal Adventures, based in Missouri, for several violations of the federal Animal Welfare Act.

Aswegan has plenty of serious problems in his history of working with animals. He recently lied in a sworn declaration in federal court, detailing how he supposedly cremated Tonka’s remains on a “funerary pyre,”—while Tonka languished, alive, in a cage in his basement. He lied to help his wife, Tonia Haddix, in her attempts to abduct Tonka and prevent his court-ordered transfer to an accredited sanctuary.

Records show that in 2020, Aswegan took more than 20 animals to sell at Triple W Livestock Auction—a disgusting exotic-animal auction in Tennessee with recent federal citations for failing to comply with basic animal welfare regulations. Nobody should own exotic animals, but choosing to auction them at a well-known hellhole like Triple W Livestock Auction underscores Aswegan’s lack of care for our fellow animals. He formed A and has been dragging caged exotic animals around as “mobile entertainment” ever since. 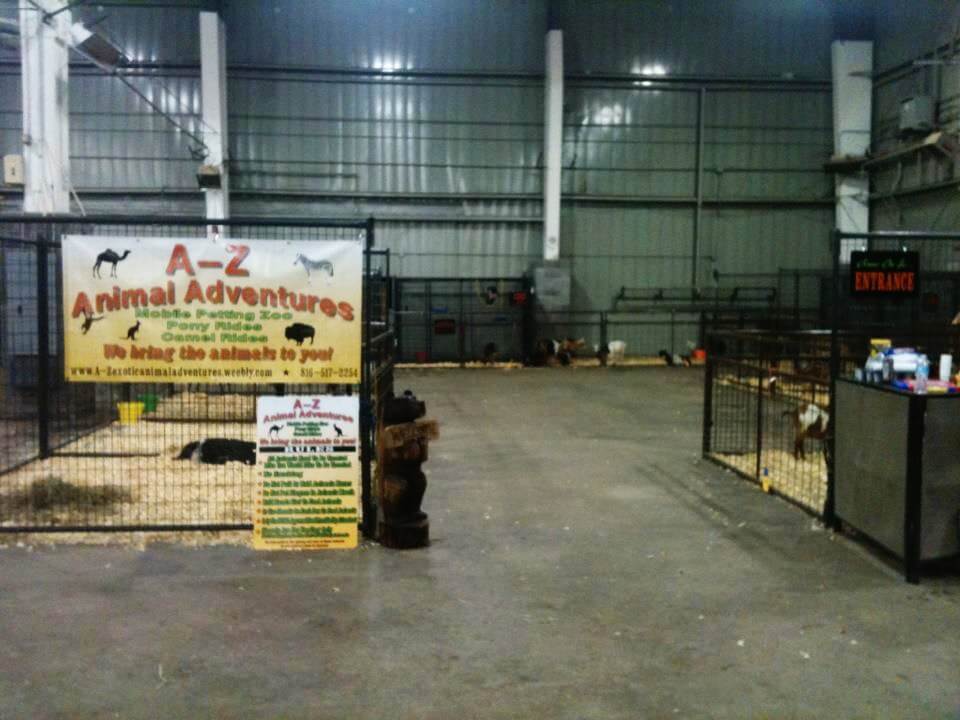 As noted in the USDA’s July 2022 report, A–Z Exotic Animal Adventures hadn’t been notifying the agency of its overnight travels in advance as required, which disrupted its animal welfare inspections.

When inspectors arrived at A–Z Exotic Animal Adventures in July, they cited several serious safety issues. For one, there were only two employees on site—too few to oversee operations responsibly. With no employees observing the camels and no proper barrier between the camel corral and the public, the inspector saw several people make face-to-face contact with camels, risking bites capable of maiming humans  . It was also observed that panels on the camels’ enclosures weren’t properly secured and the animals moved them around—which could have allowed them to escape and put visitors at risk of injury. Earlier this year, a camel killed two adult humans in Tennessee, and something equally tragic could have easily happened at this facility.

In addition to the flagrant disregard for safety, one of the goats at the site was clearly unwell—the animal was shaking and not moving much and had skin flaking down their back—but the worker on site was completely unaware of the situation. The USDA later issued an official warning to Aswegan for failing to notice that this animal was in need of veterinary care.

Not Ours to Trade, Breed, Keep, or Pet

Mobile animal shows aren’t just dangerous to kids—they’re downright cruel. Exotic-animal operations like A–Z Exotic Animal Adventures rely on a cruel trade that kills many animals we never see and traumatizes the ones we do. Never go to a travelling petting zoo or hire animal handlers for a party. Instead, check out some of our great vegan birthday party ideas that are sure to impress!