For 34 years, Sally and her guardian were together nearly every day. The loving man doted on his horse, keeping her well cared for and giving her the run of his property.

But Sally’s age was catching up with her. Her once-sparkling brown eyes had completely lost their sight, she was losing weight, and her movements were becoming more and more laborious. Even though Sally could no longer see the man she loved, she could still hear his voice, and she came to him whenever he called. It was a daily struggle for the man to watch Sally deteriorate. He feared that she would get worse before her aging body finally quit, but he was also scared to call her veterinarian and end her suffering. 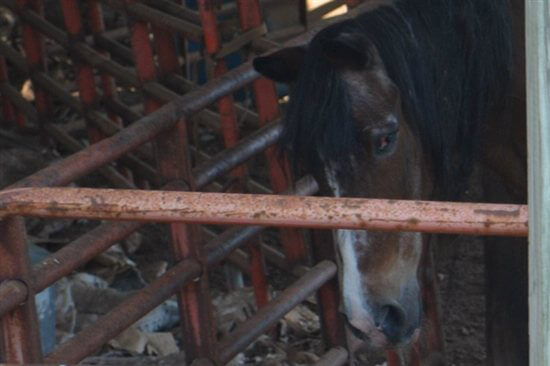 When PETA received a concerned call about the horse from someone who had gone past the property, we called to speak to Sally’s guardian. The gentleman was practically in tears over his beloved horse. He knew that the coming winter would make life even harder for Sally, but he agonized every day over the decision to end her suffering.

PETA’s caseworker knew that the man needed help letting Sally go. She explained what he already knew—that Sally was no longer comfortable in her body, that her quality of life was significantly diminished, and that he was going to have to be strong for her now.

It seemed to be what the man needed to hear. He gathered his strength, called his veterinarian, and lovingly said goodbye to his precious Sally. PETA called to check on him, reassure him, and comfort him during his loss.

Saying goodbye to our animal family members is heartbreaking, for sure. But when the end comes, we have to love them enough to endure the pain so that they don’t have to.