Once upon a more barbaric time, the U.S. space program forced terrified primates to be “astronauts,” sending them into space, where some were roasted to death in their capsules. Although most countries with active space exploration programs have relegated cruel tests on primates to the dustbin of history, Iran recently announced plans to send a live monkey into space this summer. The disturbing news prompted PETA U.K. to blast off a letter to the head of Iran’s space program urging him to ground its primate experimentation program and instead use more humane and effective options such as the state-of-the-art human simulator already in use at the International Space Station. 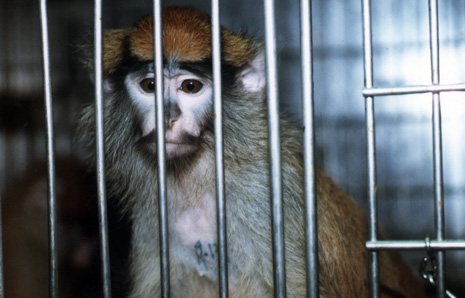 In the letter, PETA U.K. points out that cruel tests on nonhuman primates do not produce relevant results for human astronauts and that the prestigious European Space Agency has stated that it “declines any interest in monkey research and does not consider any need or use for such result.”

Last year, PETA convinced NASA to scrap plans to fund experiments on monkeys after the misguided program was widely condemned by scientists, physicians, NASA engineers, and the public.