Joan Jett is nominated for induction into the Rock and Roll Hall of Fame this year, but she’s already snagged one coveted award: PETA’s Nanci Alexander Activist Award. The top-notch animal advocate for whom the award is named is also the proud owner of one of South Florida’s premier vegan eateries, Sublime. Every year, celebrities and PETA supporters pack Sublime and celebrate one dedicated advocate—and Joan is well deserving of the honor.

She’s been working to end animal suffering for years, including launching PETA’s vegetarian/vegan starter kit at newsstands in New York City, protesting McDonald’s cruel chicken-slaughter methods, and recording a rocking video vegetarian testimonial. She even used this opportunity to unveil yet another PETA campaign: her new vegetarian ad. 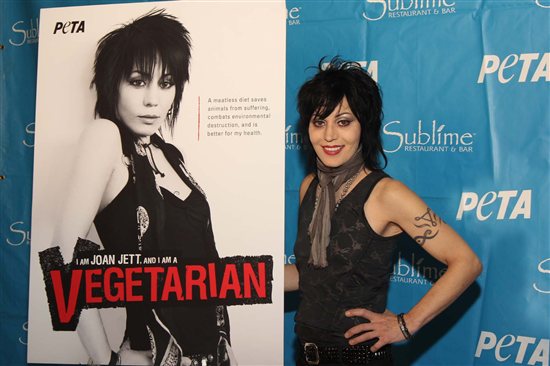 Joan’s new PETA ad is just like her: smart, hip, and animal-friendly.

Fellow animal-friendly rocker Iggy Pop presented Joan with her award amid a rousing chorus of cheers and applause. “If there’s anything I love more than rock ‘n’ roll, it’s animals,” said a smiling Joan. 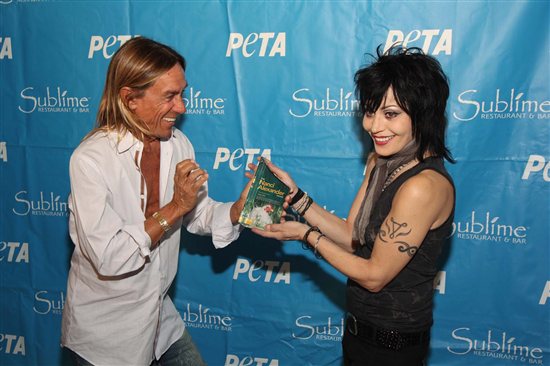 And Joan wasn’t the day’s only winner: Spanish-language TV host Marco Antonio Regil picked up a “One Can Make a Difference” Award for his efforts to promote vegan eating. 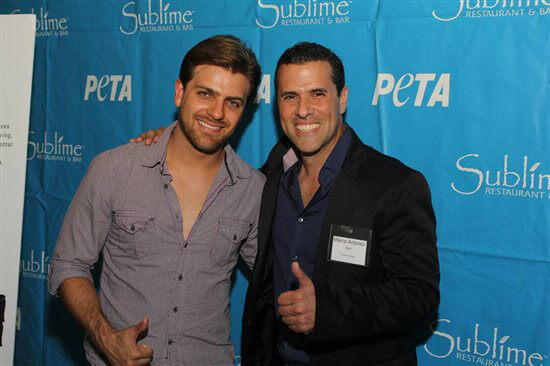