Ian Somerhalder and Nina Dobrev might not be an item anymore, but they still have mad respect for each other’s compassion for animals and don’t mind telling the world about it. Their most recent endearing exchange occurred when Ian posted about his new rescued dog on Twitter: “Pls send some positive vibes for my little girl, Nietzsche who goes under the knife to be Spayed in a few minutes! STOP OVERPOPULATION-SPAY AND NEUTER Thank you!” 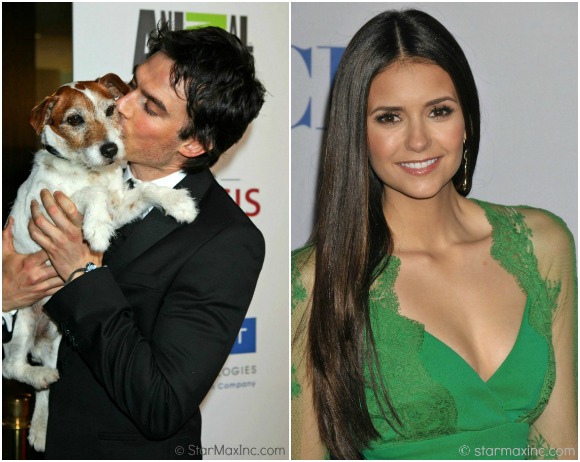 Nina promptly responded, “Awww poor little Nietzsche … Goodluck kiddo!” Could their shared appreciation for animals and each other eventually help the couple reunite?

And elsewhere on Twitter, celebrities were celebrating a possible end to horse-drawn carriages in New York, calling out fur-wearers, and pleading for freedom for elephants abused by circuses.